Twin Kittens Who Needed a Mother, Find Nurturing Cat to Help Raise Them 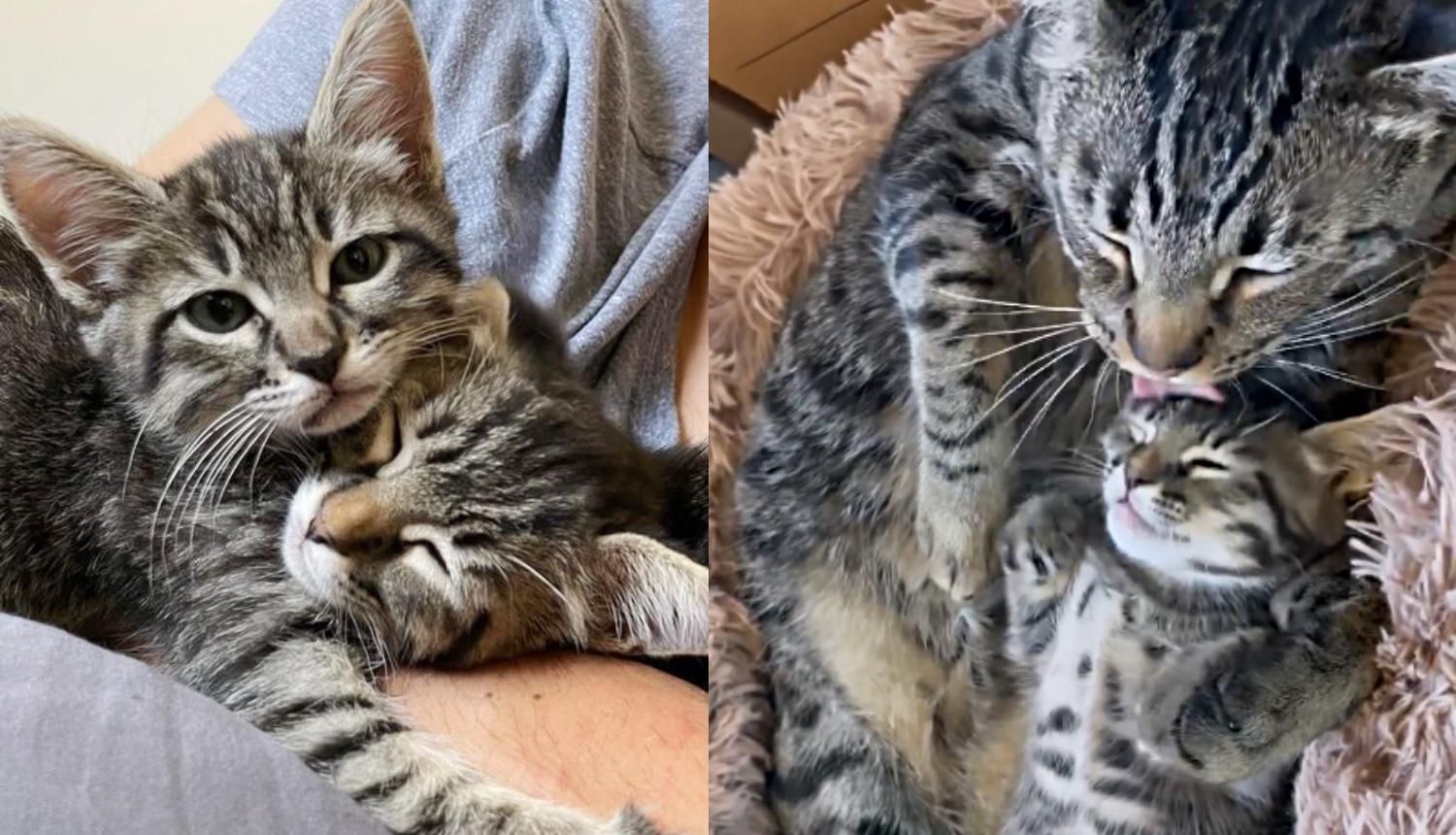 Twin kittens who needed a mother, found a nurturing cat to help raise them. 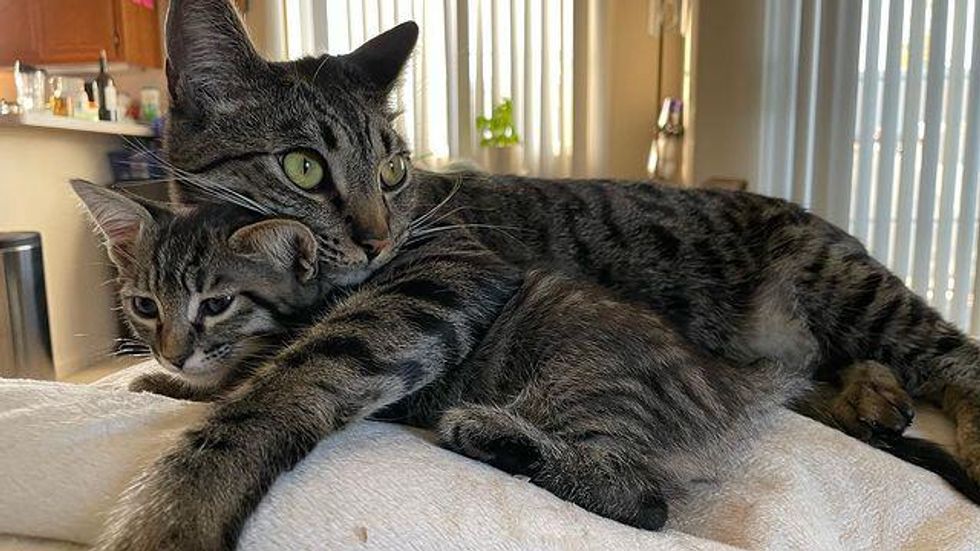 A pair of tabby kittens were brought into Baby Kitten Rescue for a chance at a better life. They were born at an emergency animal hospital to a cat who was unable to care for them.

After a few days in intensive care, Pei Chiu, a foster volunteer, came to pick them up. She was surprised to see how far they had come and that they had a set of pipes and so much fight in them.

"They were doing so much better and had lots of energy compared to their intake (cold and dehydrated). At four days old, they were about 180 grams," Pei shared with Love Meow. 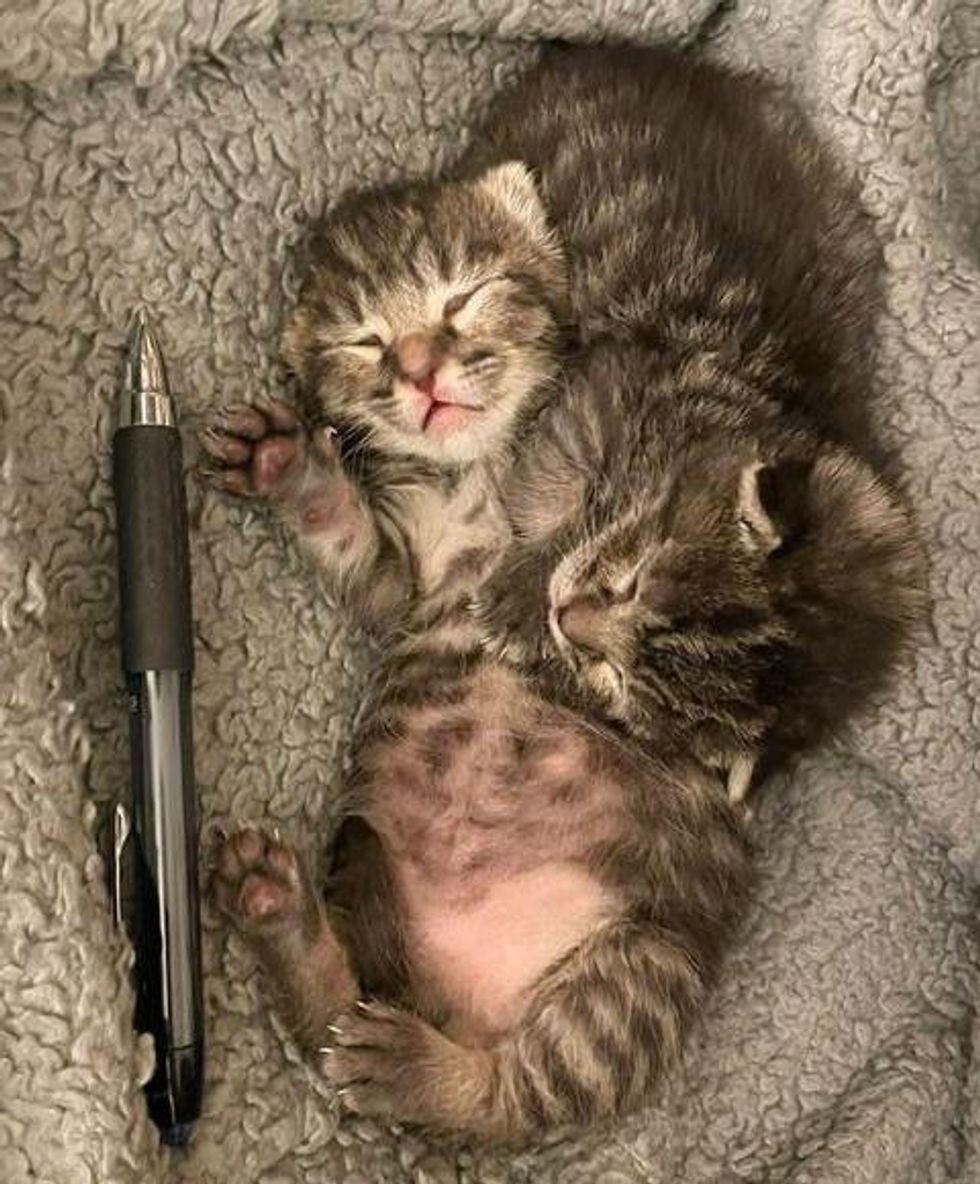 The twins craved attention and just wanted to be catered to. "The first night home, they were immediately all purrs, belly rubs, and air biscuits."

The tabbies, named Monica and Chandler, looked nearly identical and shared an unbreakable bond from the get-go. They were opinionated little chatterboxes, where Chandler had a lower meow and his sister spoke in squeaks. 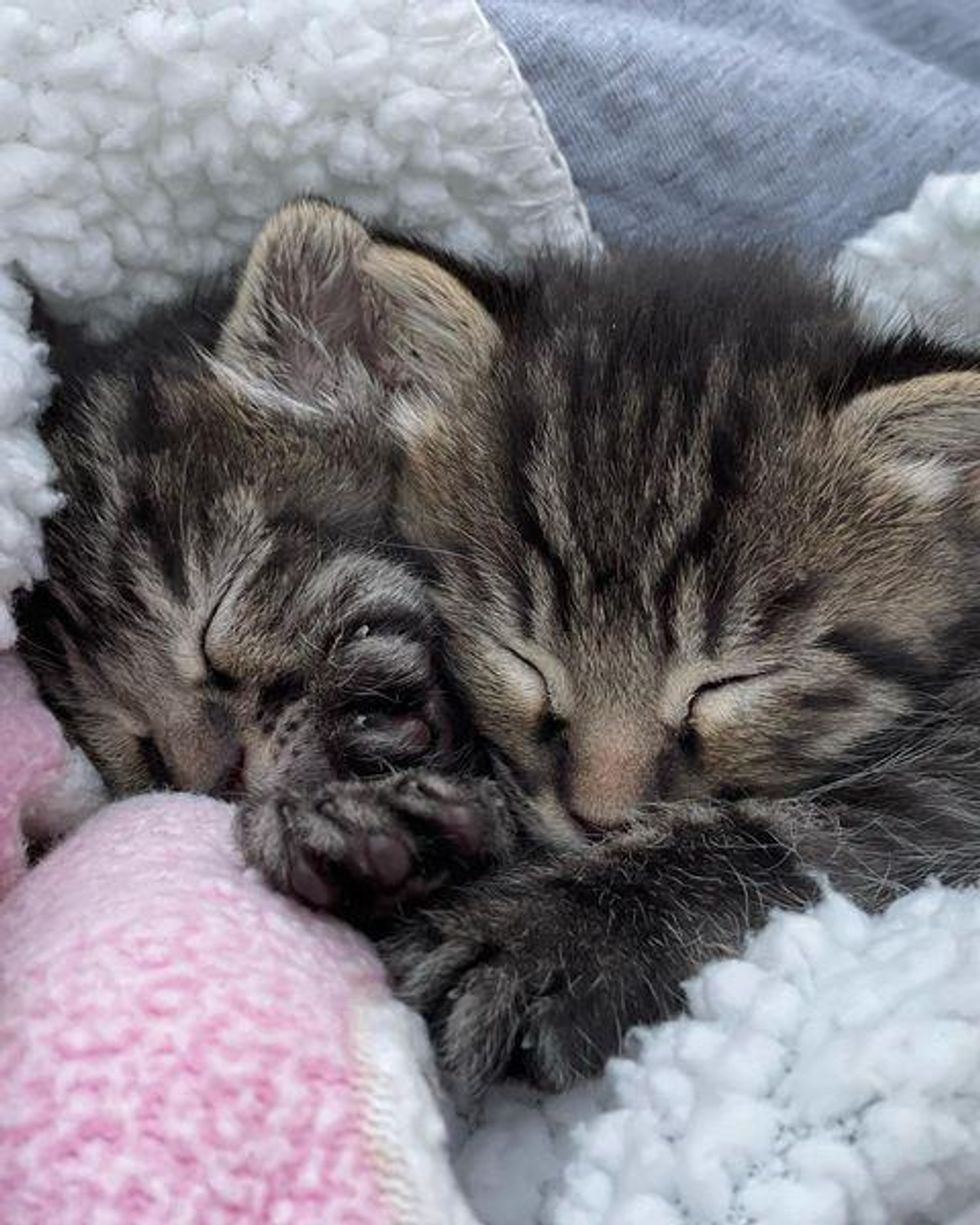 They took to every feeding like champs with their voracious appetite. When they were not wrestling with each other in the comfort of their warm nest, they were cuddled up, snoozing away.

Monica's playful side was the first to emerge, and Chandler had a penchant for taking good naps. While the two were thriving and growing by leaps and bounds, Pei's resident cat, Tuco, caught wind of their squeaky commotion and decided he would help raise them. 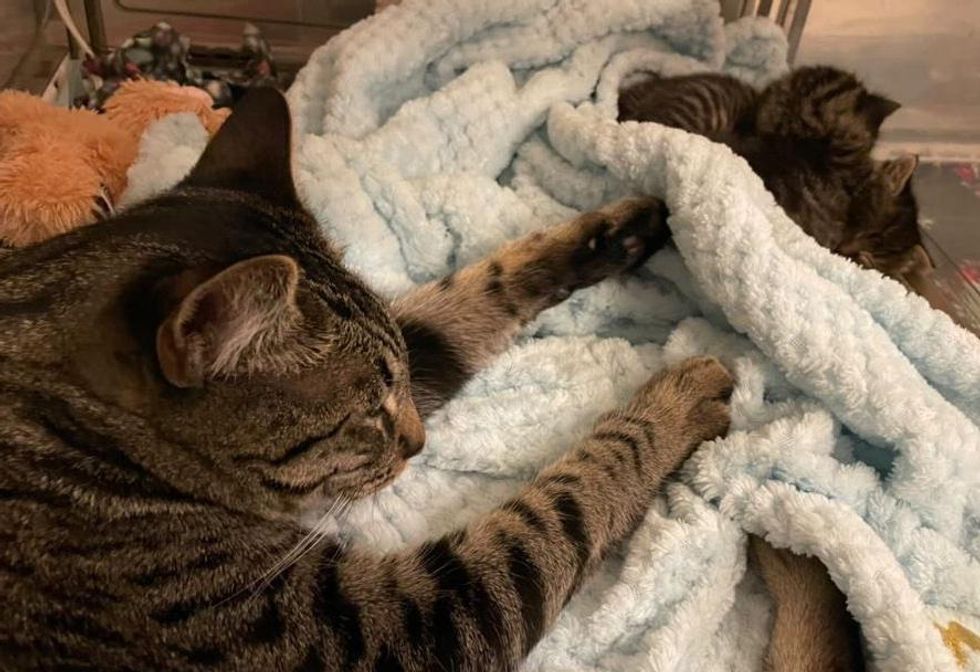 Tuco adores every kitten that his human mom brings home, and insists on offering his assistance. He came into Pei's care as a foster himself and ended up staying forever. The nurturing cat has a soft spot for kittens in need, and it was no exception with the twin tabbies.

When Monica and Chandler were napping in their cozy nest, Tuco stayed by their side and fell asleep with them, sometimes with his paw on top of them. 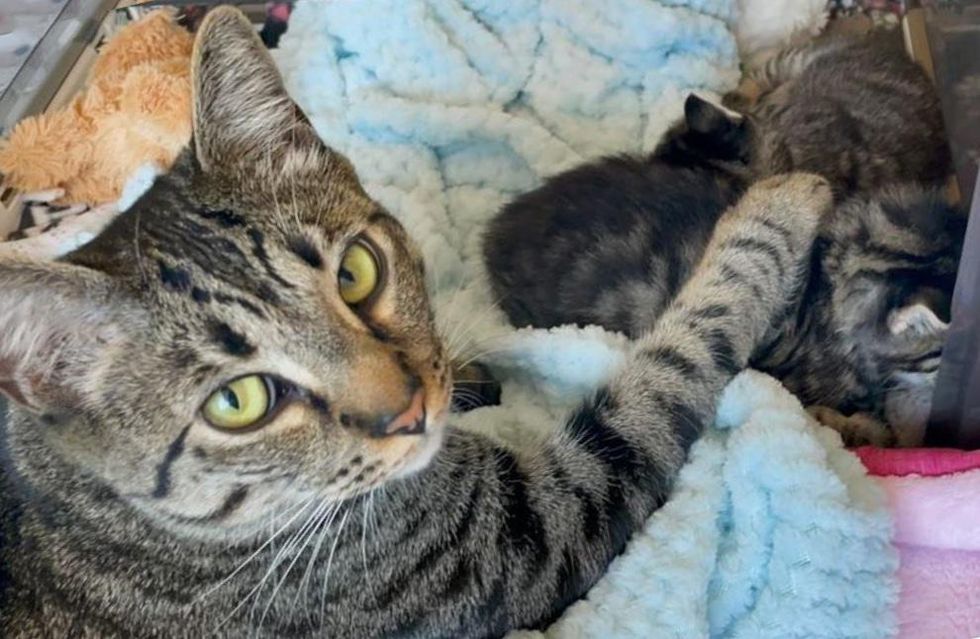 As the kittens graduated into a kitty playpen, Tuco became their full-time cuddle buddy, showering them with endless snuggles and licks.

"Tuco is the best foster brother, helping raise all the foster babies to be the best, well-behaved, well-socialized, loving, and playful kittens they can be," Pei shared.

Watch the twin kittens and Tuco the cat in this cute video:

"It's almost like he knows what it's like being a foster himself and steps in, knowing these babies come without a mom, to teach them." 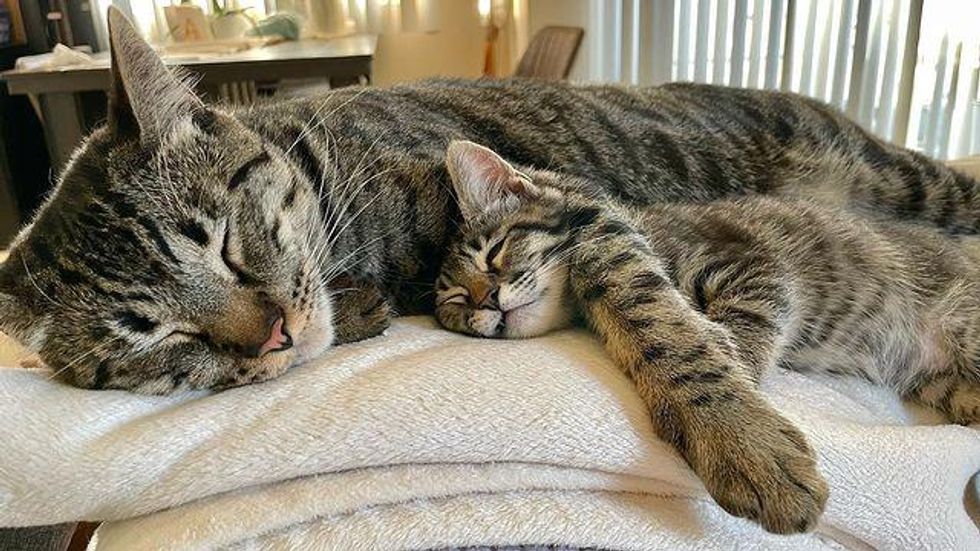 Tuco adores all his foster kittens@lilfosterbabes

The kittens looked up to their big foster brother and tried to learn how to be a cat by watching and copying his every move. They shared meal time with Tuco, and enjoyed being curled up in his arms.

The twins needed a mother's love, and found it in Tuco. "Tuco is in his element when he gets to express his nurturing side to the foster babies," Pei wrote. 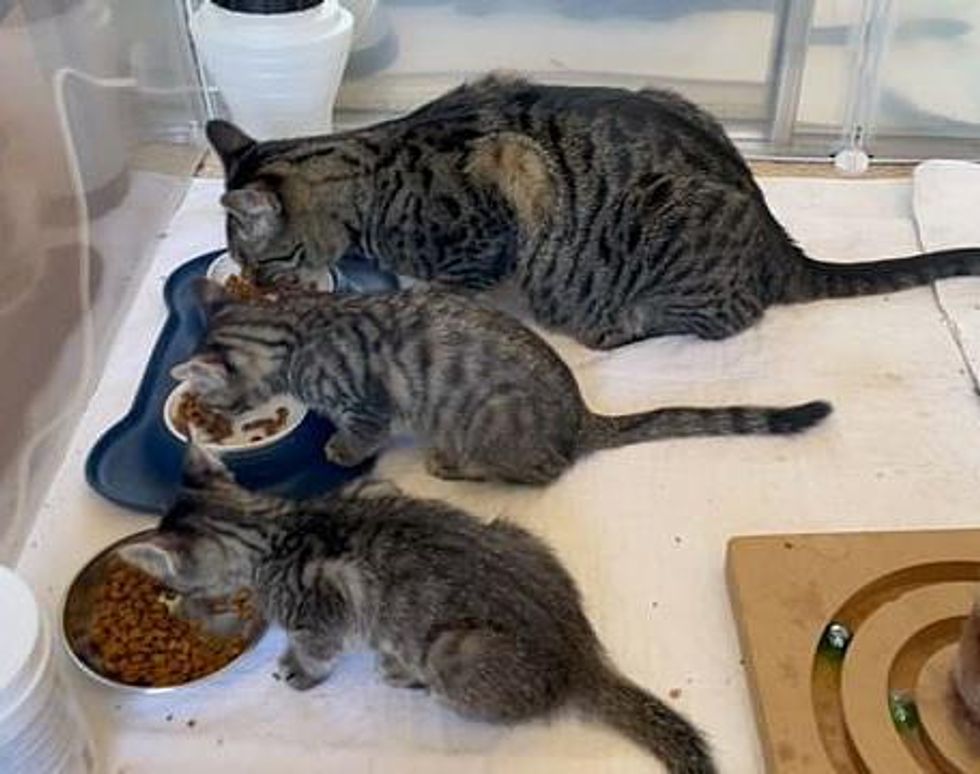 After weeks of honing their feline skills under the guidance of Tuco, the brother and sister pair was ready for adoption.

"These twin kittens are just the sweetest with the biggest, silliest, and most loving personalities. They are super playful and athletic, with big bursts of energy." 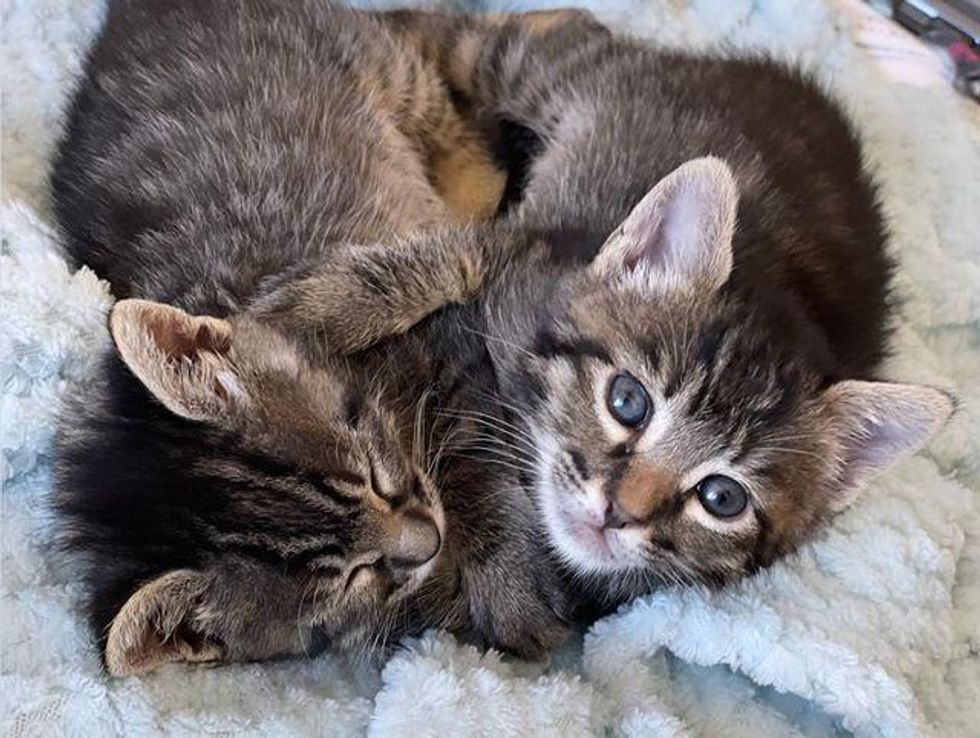 They went to their forever home together and would never be apart. Their cat mother is now being cared for by the person who found her.

"They were adopted by the most wonderful family who is already so in love with them," Baby Kitten Rescue shared. "Their journey from fragile newborns to healthy kittens has been beautiful to witness." 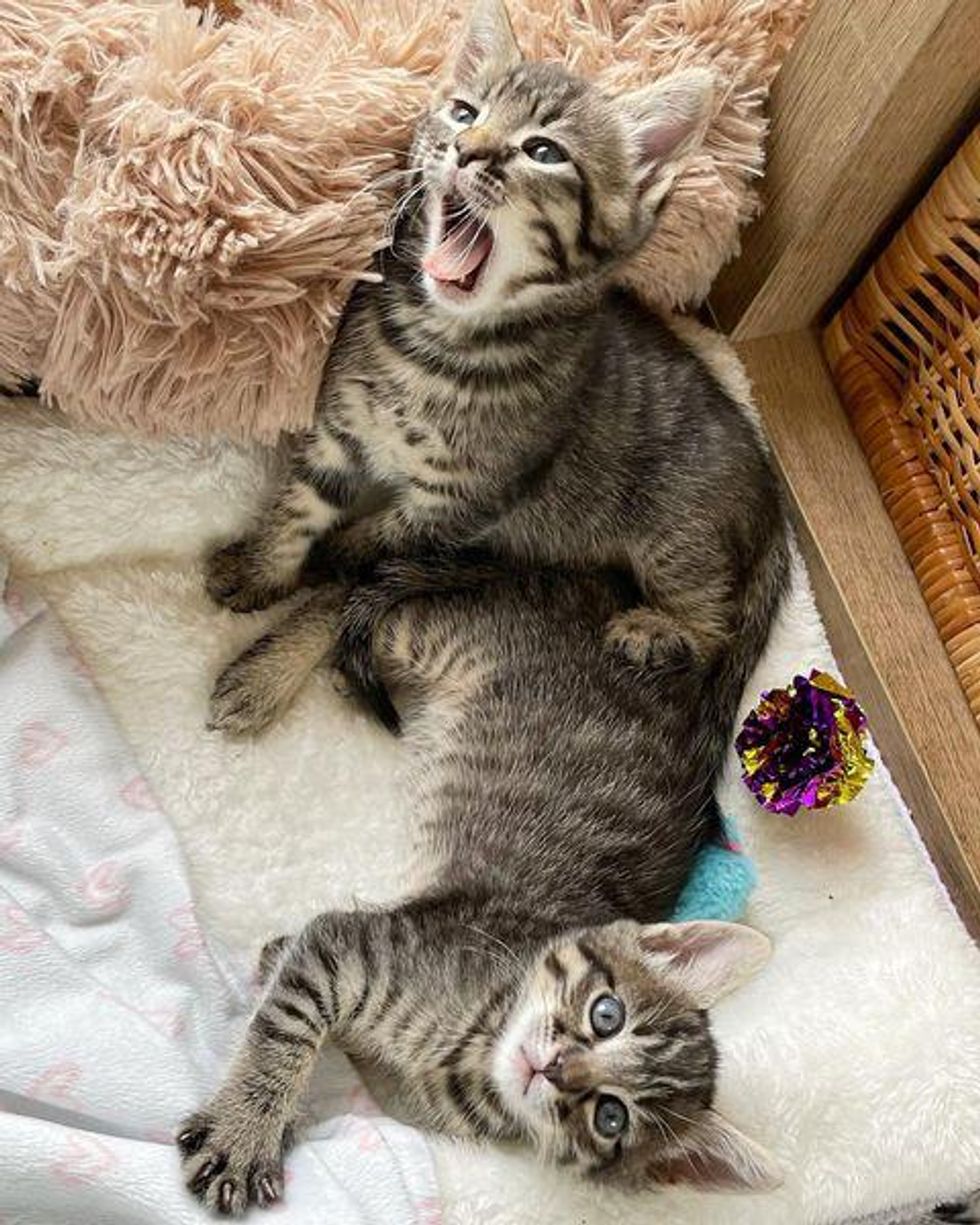 Tuco is so proud of his little protégés, and he is ready to extend his paw to help more kittens that come through the door. 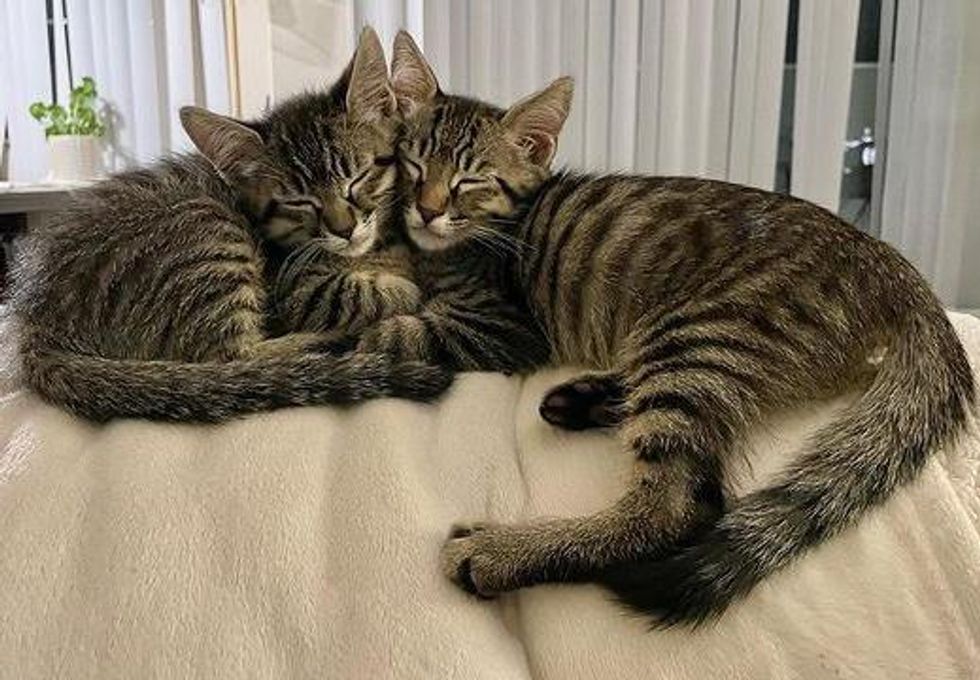