Kittens Born Outside with Wobbly Feet, Nestle into Woman and Try to Wi - Captain Catnip

Kittens Born Outside with Wobbly Feet, Nestle into Woman and Try to Win Her Over 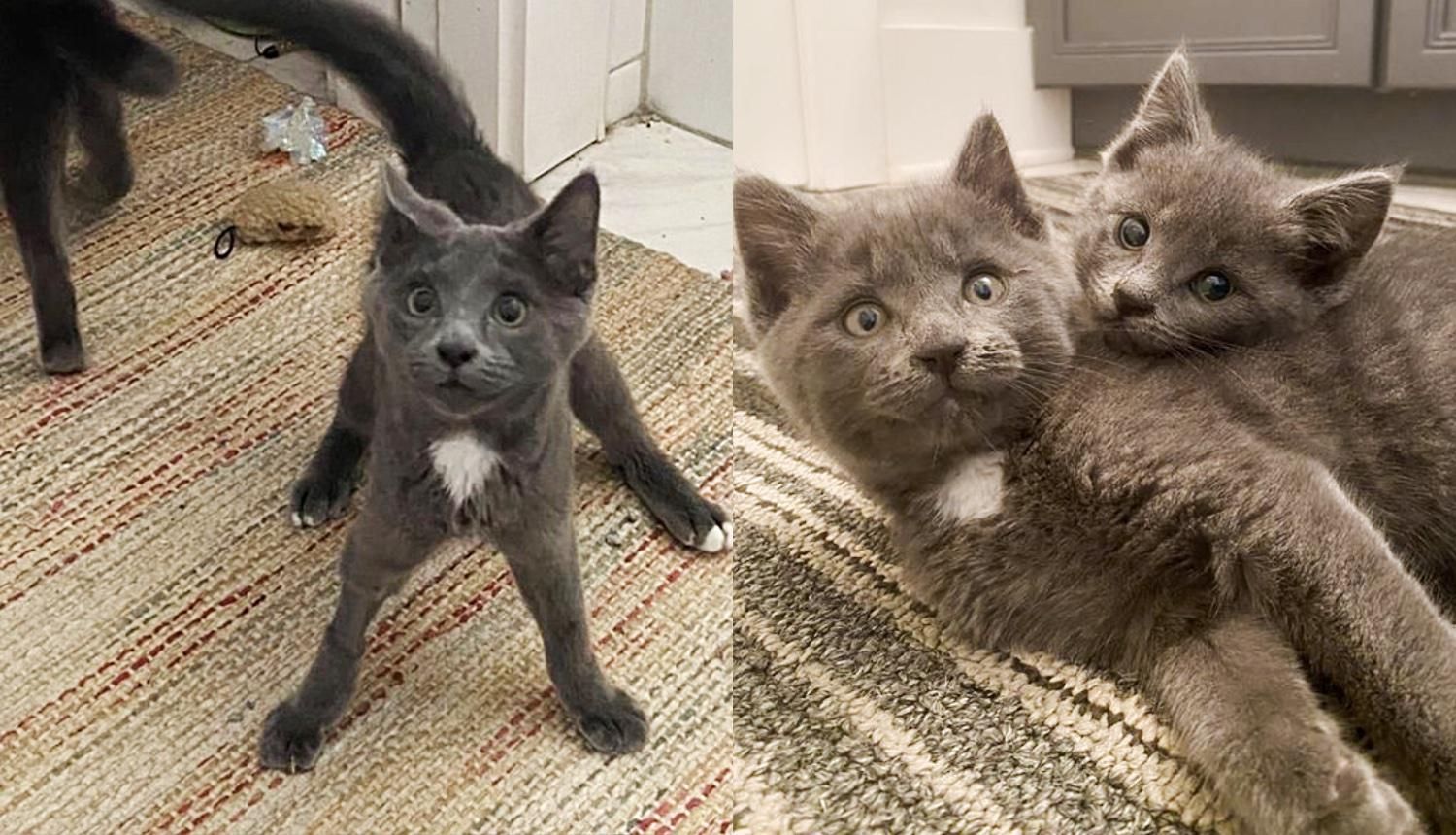 Two kittens who were born outside with wobbly feet, nestled into the arms of a kind woman, and tried to win her over. 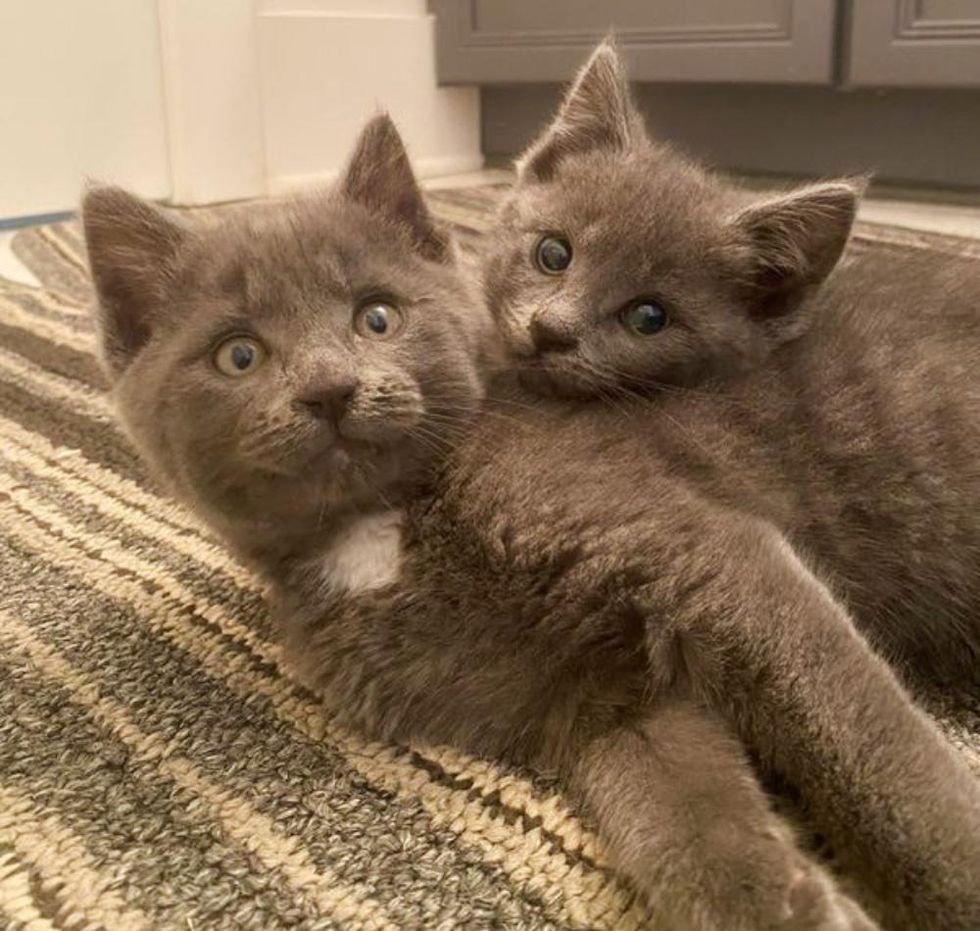 Cyrus and Nova, two grey kittens, were brought into Saving Stevie, a volunteer-based cat rescue in Nashville, Tennessee. They walked with a wobbly gait and were instant huggers.

The pair were born to a stray cat, in a litter of four, in a rural area, before finding refuge in a family's barn. "It was clear early on that Cyrus and Nova were developmentally different than their two other siblings," Brianna Barker, a foster volunteer of the rescue, told Love Meow.

The finders reached out to Saving Stevie, in hopes of getting the kittens the care they needed to thrive. The rescue welcomed them in with open arms and immediately arranged for foster homes for them. 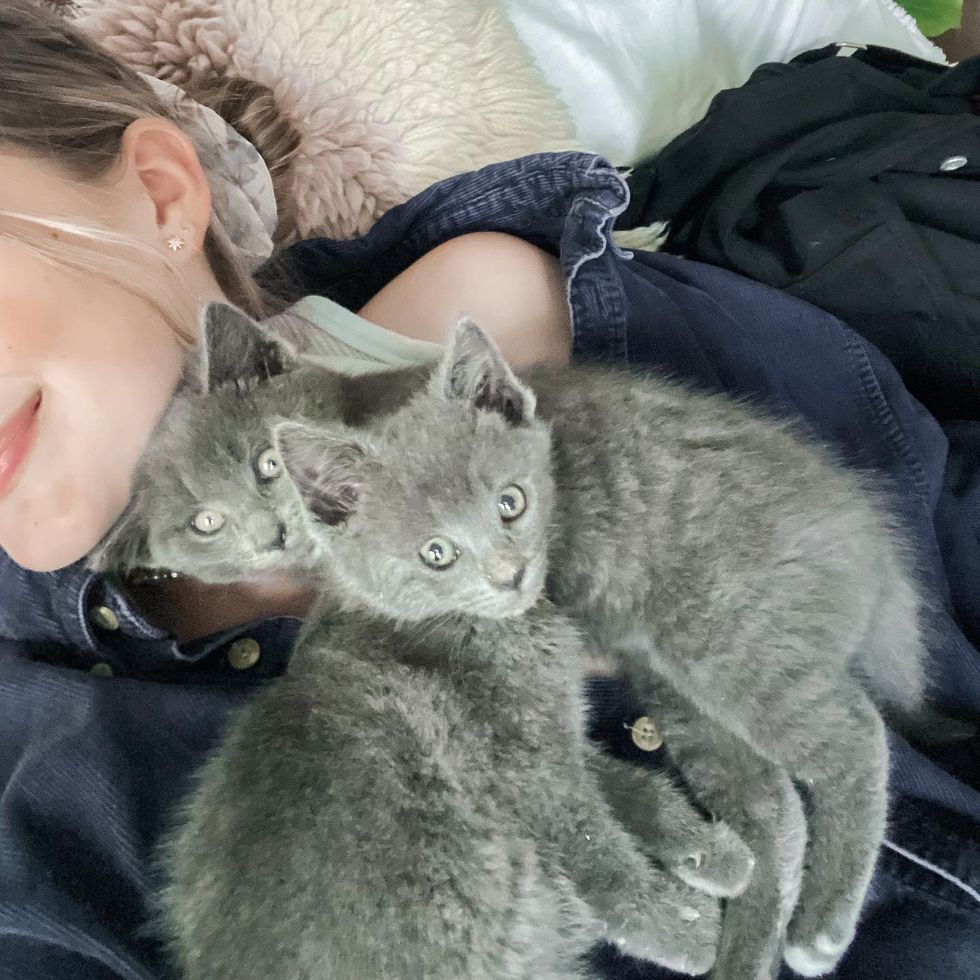 Both Cyrus and Nova have Cerebellar Hypoplasia (CH), a neurological condition that is non-progressive and not painful. "It typically occurs when the mom is infected with panleukopenia when she is pregnant, and it passes to the unborn kittens," Saving Stevie shared.

Brianna was contacted to foster the wobbly duo, while another volunteer took in the other two siblings. "Cyrus and Nova were my first special-needs foster kittens, and I feel so lucky Saving Stevie trusted me," Brianna said. 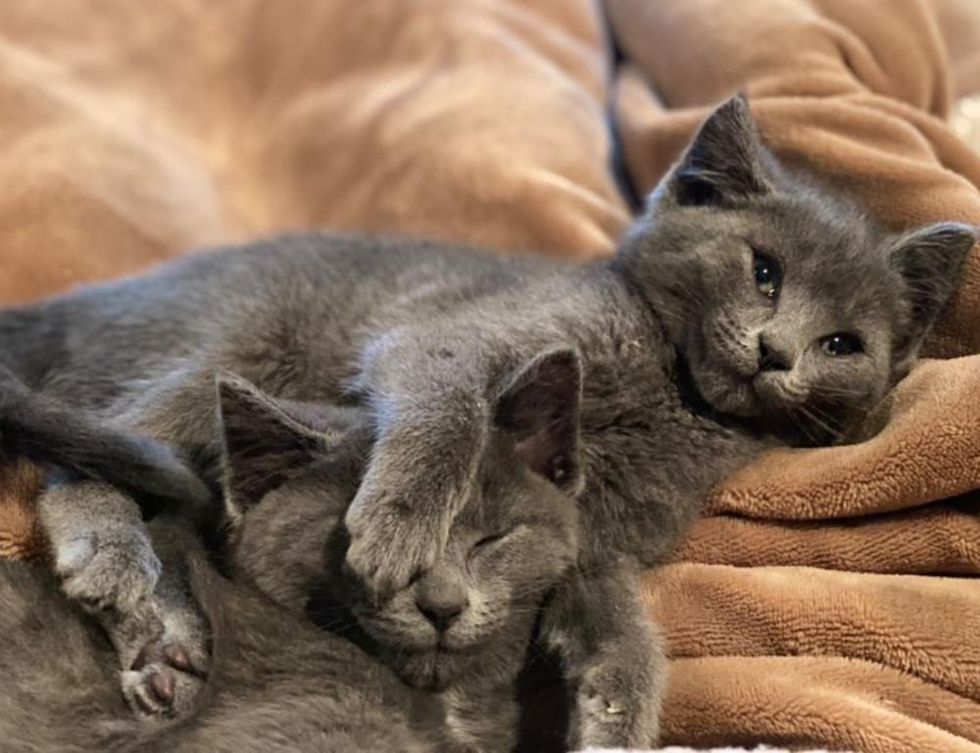 "When I picked them up they were a little bit nervous, but after the car ride home and settling in that night, Cyrus and Nova grew to feel comfortable and safe."

The brother and sister quickly acclimated to the cushy indoor life. From the start, they set out to live everyday to the fullest, and wouldn't let anything stop them from having a good time. If they took a tumble, they got right back up and continued forging on like pros. 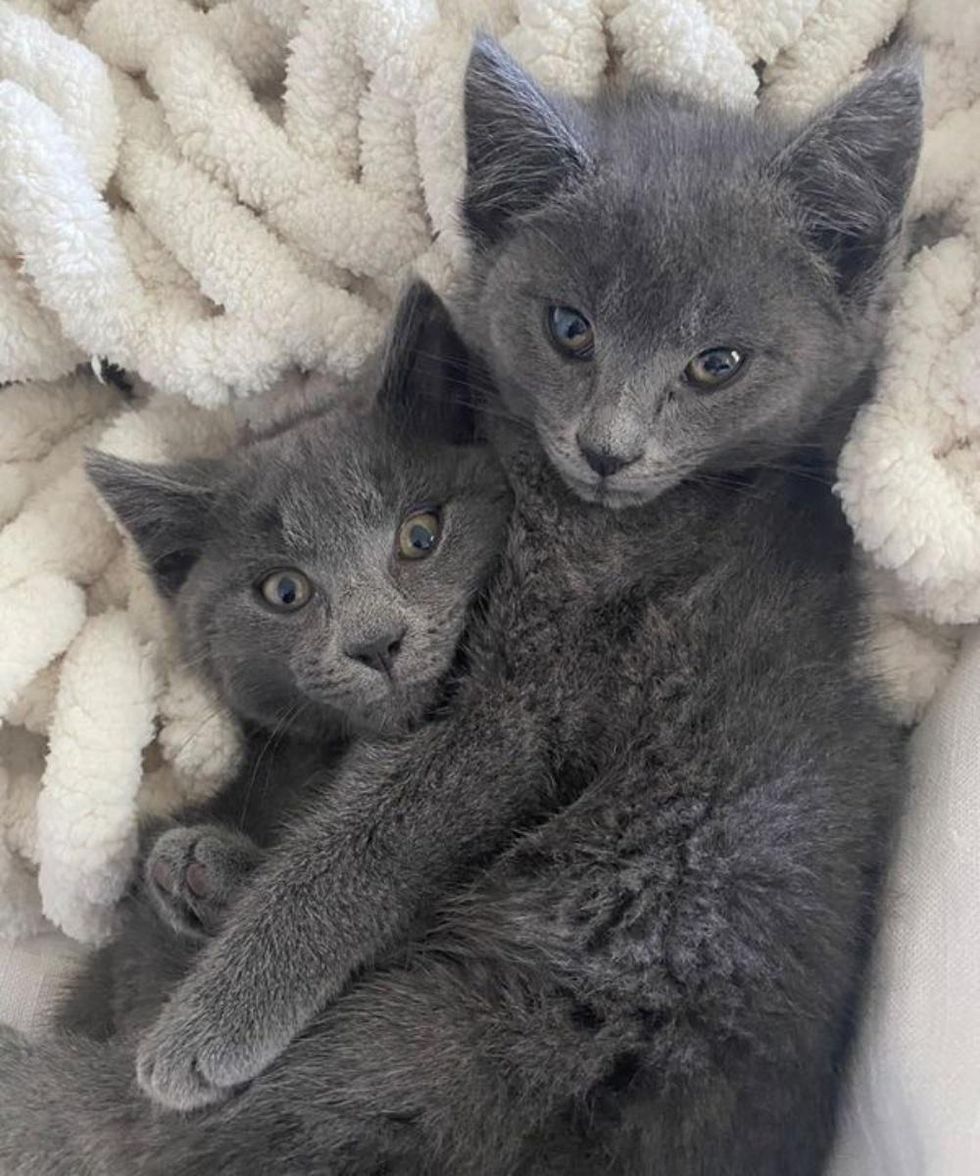 Cyrus is a ball of energy and a true mischief-maker. He gets so excited when he is around people, and seeks them out for attention and play.

"The second he sees people his head bobbles, in signature CH fashion, and he starts scooting to you. He has never met a stranger, loves to be held and will immediately purr super loudly," Brianna shared with Love Meow. 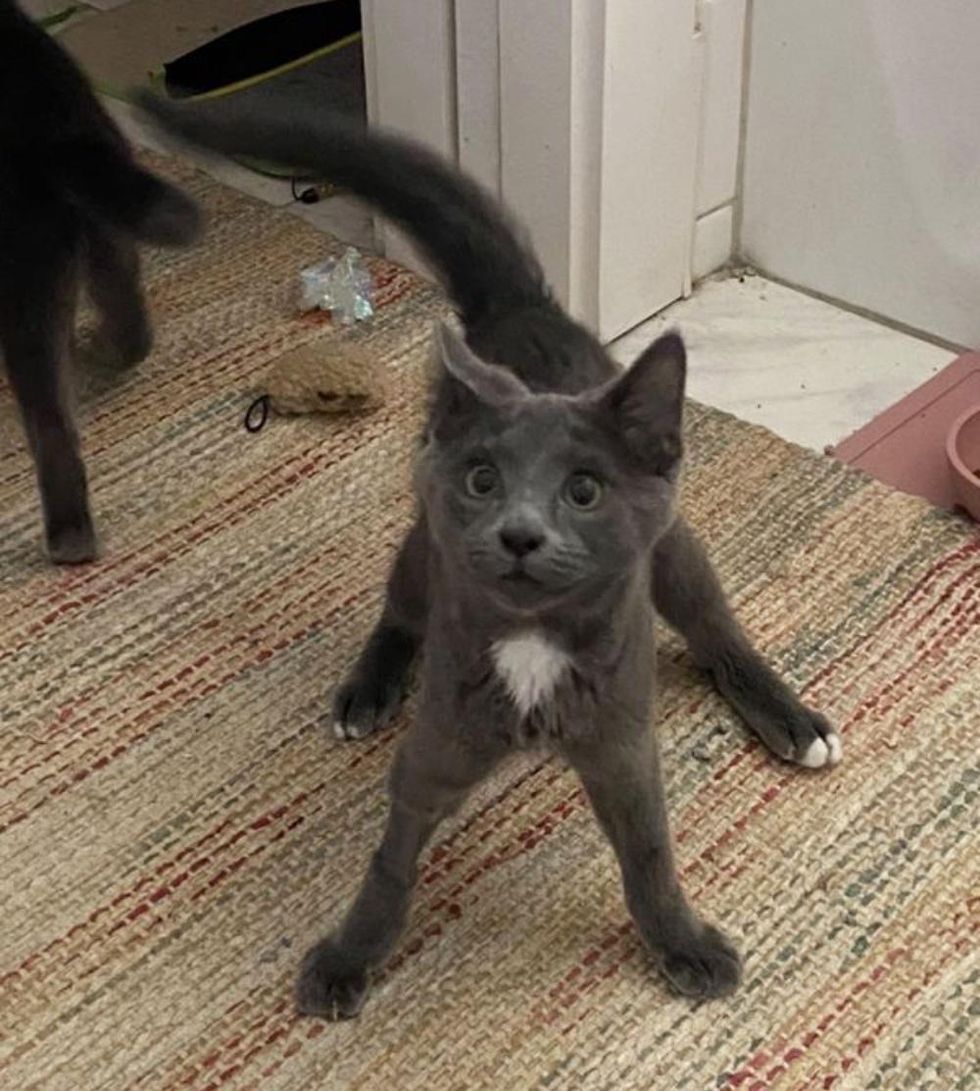 Cyrus stood up on his four paws like a champBrianna Barker

"Cyrus has developed a hopping technique to move faster. He's the perfect definition of a happy-go-lucky kitten."

Nova is a sweet, gentle soul that swoons at every opportunity to be near her humans. Being cradled, babied, and rocked to sleep puts her on cloud nine. She's established herself as the cuddly love-bug in the house, and lives up to that title every single day.

Watch Cyrus and Nova in this cute video:

"She has a trickier time moving around than Cyrus, due to her back legs being more immobile, however, that doesn't stop her from chasing him around and playing."

Brianna has fashioned a play-mat with wand toys attached, so Nova can enjoy playing with added support and comfort. The sassy girl has no qualms about swatting at a plushy whenever she spots one. 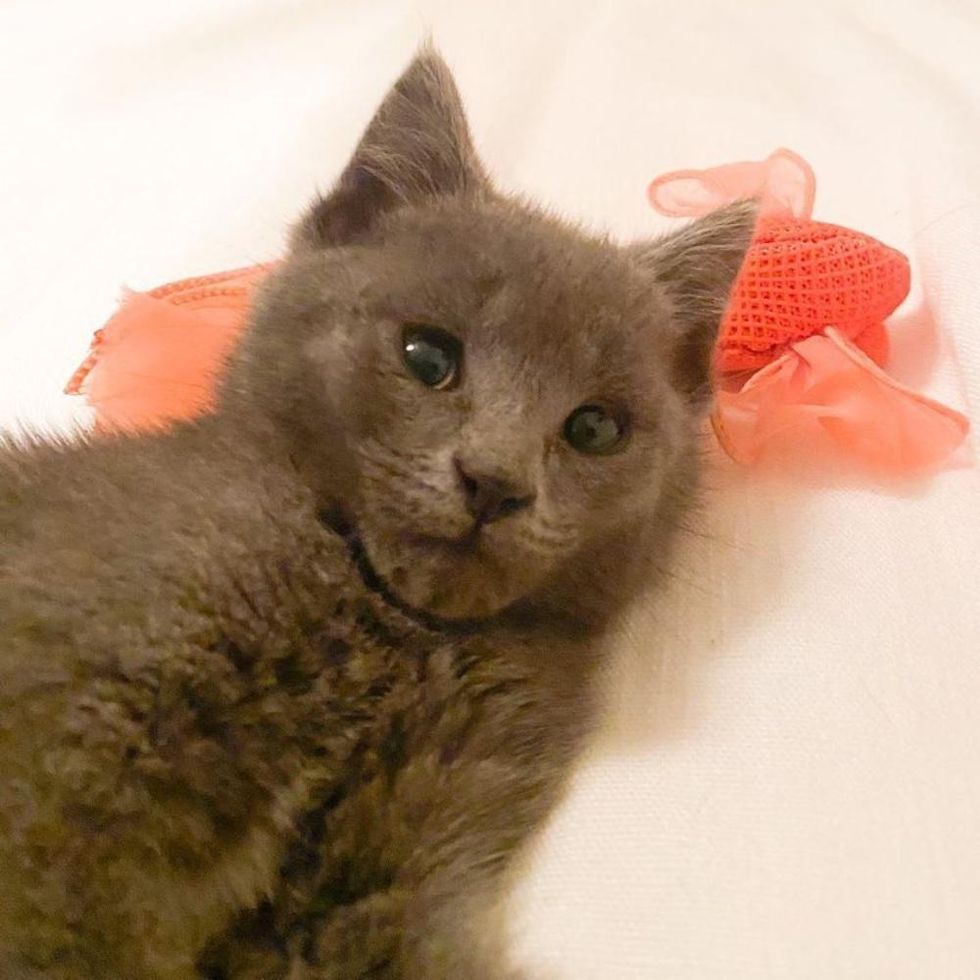 "Cyrus and Nova have always had a strong will to grow, learn, and play. They truly don't know that they're any different."

From the day they took their first tottering steps into foster care, they felt right at home as if they had always been a part of the family. 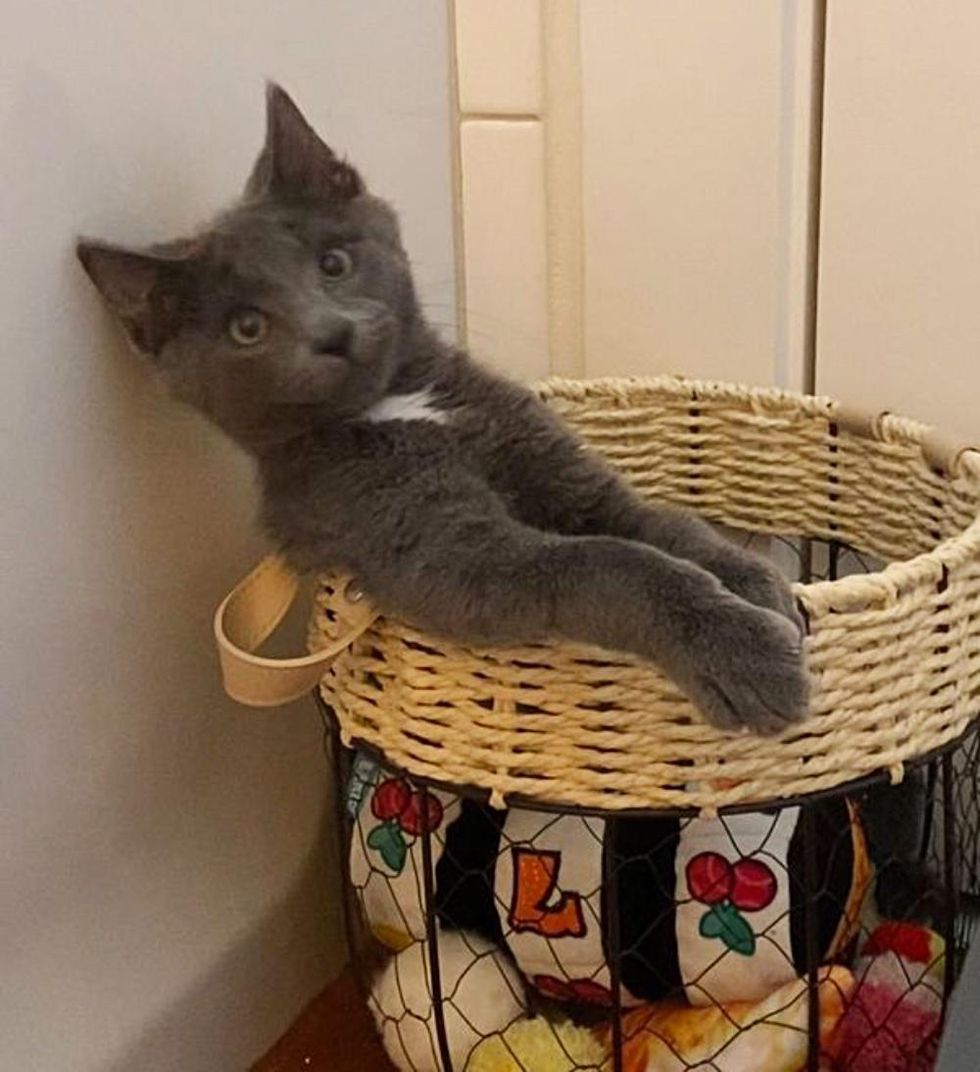 They plod to their people for attention and pets, and play their hearts out as if there were no tomorrow. They like to curl up into a ball when they are held, and relish every moment they spend with their people.

"When I realized they were comfortable with me and beginning to learn and grow in the adapted space I had created for them, I knew I wanted to adopt them forever. These wobblies stole my heart," Brianna shared with Love Meow. 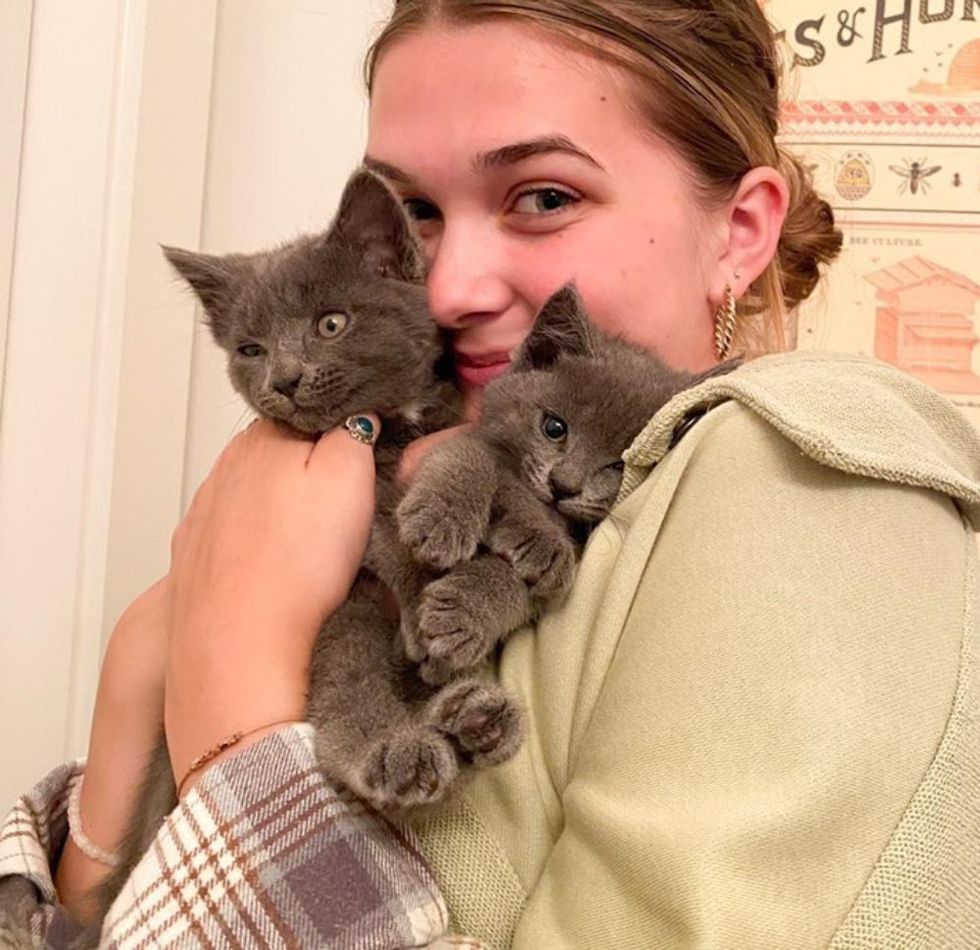 About a week ago, Cyrus and Nova officially graduated from foster care, and made their home permanent with Brianna.

"We have no doubt that they will be very well loved all the days of their nine lives," Saving Stevie shared. 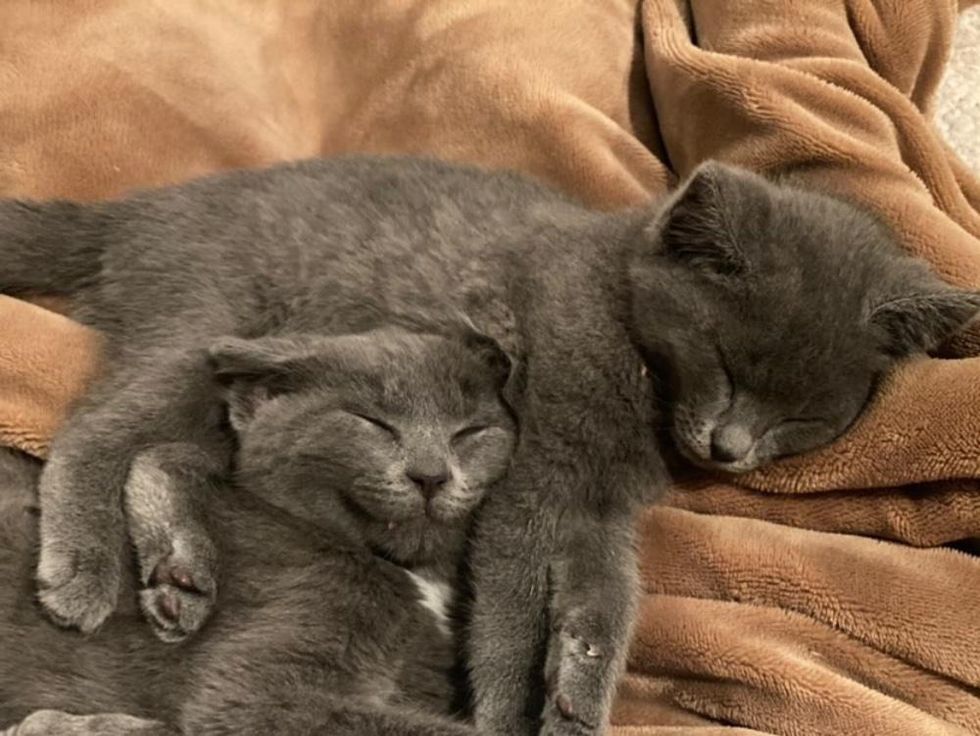 Related story: Cat 'Thanks' Woman Who Opens the Door for Her Kittens After She's Lived Outside All Her Life