Kitten Who was Spotted Outside an Office, Comes Wobbling to a Cat and - Captain Catnip

Kitten Who was Spotted Outside an Office, Comes Wobbling to a Cat and Decides He Will Help Raise Him 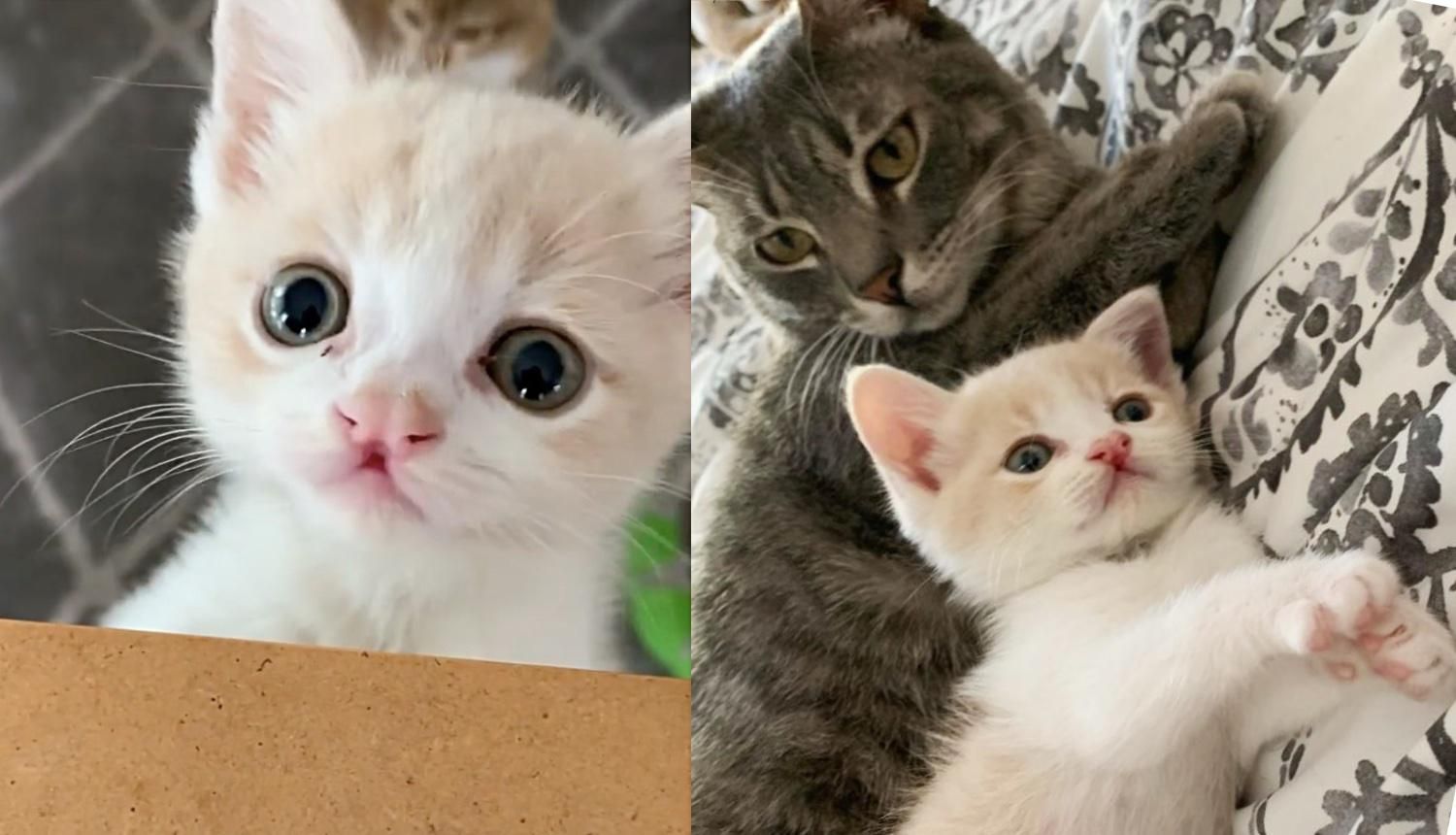 A kitten who was spotted outside an office, came wobbling to a cat and decided he would help raise him. 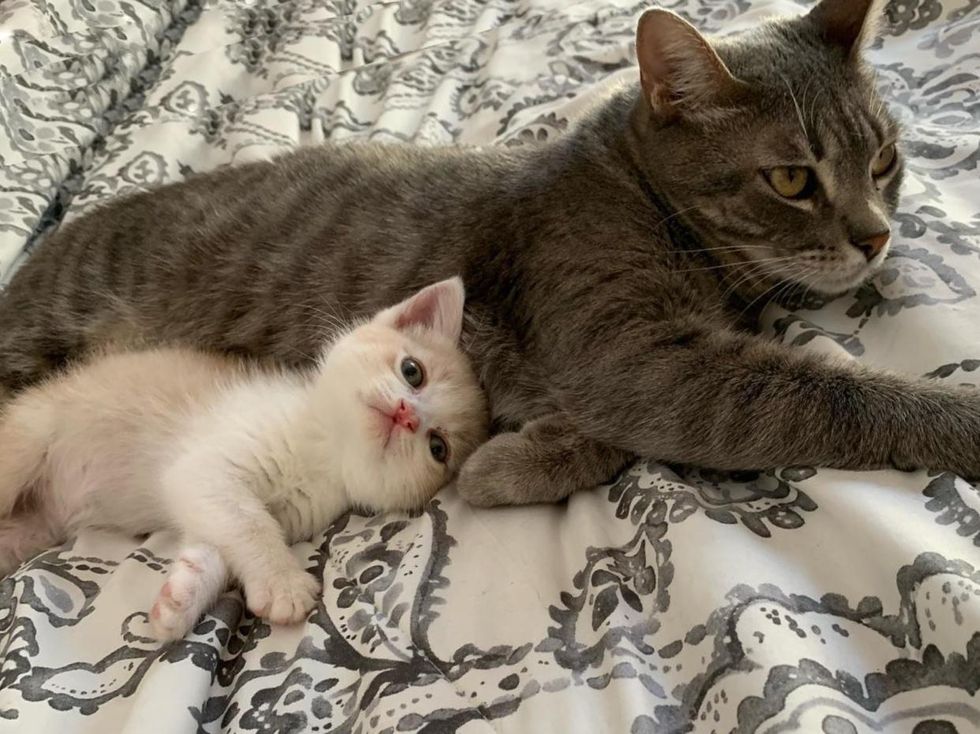 A few weeks ago, a dilute orange kitten was spotted outside an office without a mother. He was just pint-sized and a bit wobbly on his feet. With the help of good Samaritans, he was safely transported to Alley Cat Rescue (in Los Angeles).

The kitten named Frito came with a cleft lip and was only half the size he should have been. Despite it all, he was motivated to eat and content to be catered to.

"We treated him for fleas and parasites, and very slowly increased feedings. He was the sweetest little baby and very tiny," Alley Cat Rescue shared with Love Meow. 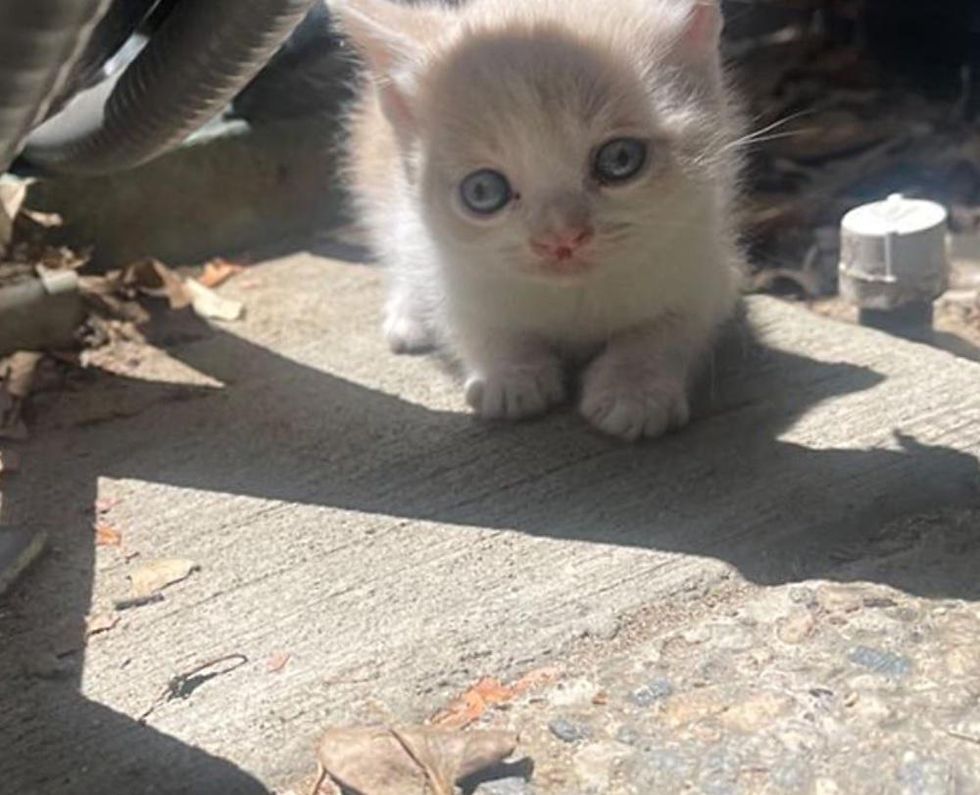 He was found outside all aloneAlley Cat Rescue

For the first time in a while, Frito had a full belly and a comfy bed of his own. With volunteers caring for him around the clock, the little guy started to put on weight and figure out things around him. His energy soared, and he became very playful and inquisitive.

Before he was ready to meet other animals at the rescue, the tiny tot insisted on having his foster mom by his side, at all times. 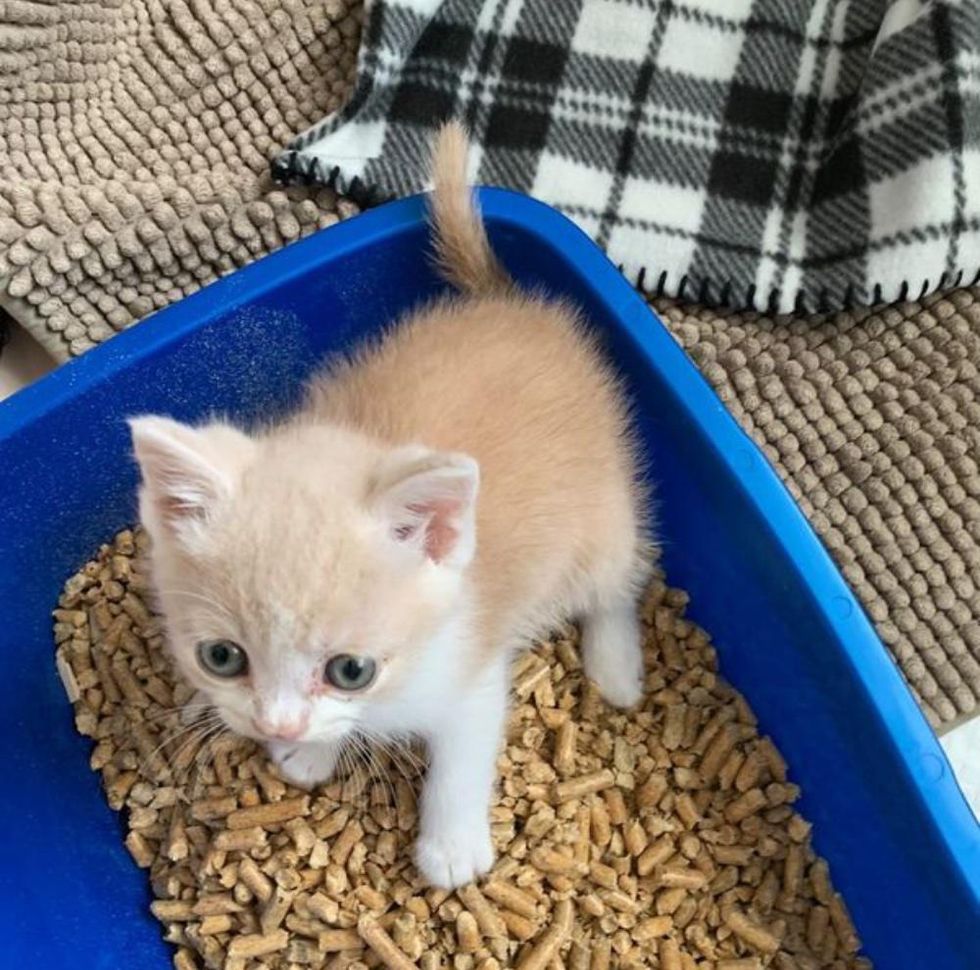 Frito figured out how to use the litter boxAlley Cat Rescue

His squeaks and meows didn't go unnoticed as they permeated through the air and into the ears of a resident cat named Bubblegum.

The resident grey cat has been a wonderful kitten-sitter to many fosters taken into the rescue. He heard Frito crying from the kitten room and was itching for a meet-and-greet. 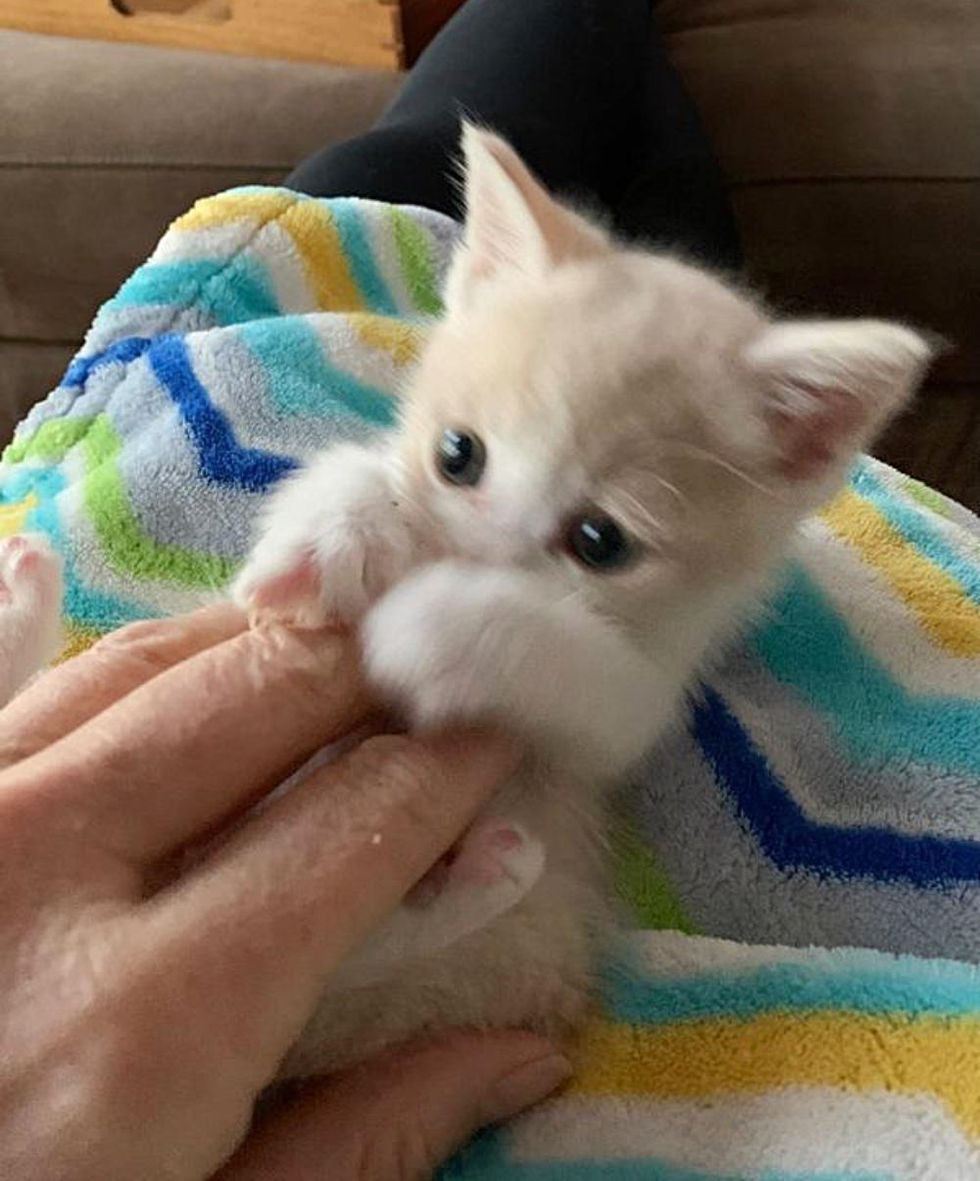 When their paths finally crossed, Bubblegum was nonplused by the unbridled energy coming from that tiny body. It was love at first sight for the rambunctious kitten.

Frito was enamored of his new friend but didn't have the concept of boundaries as he eagerly tried to play and jump all over Bubblegum. The over-zealous little guy was excited to say the least. 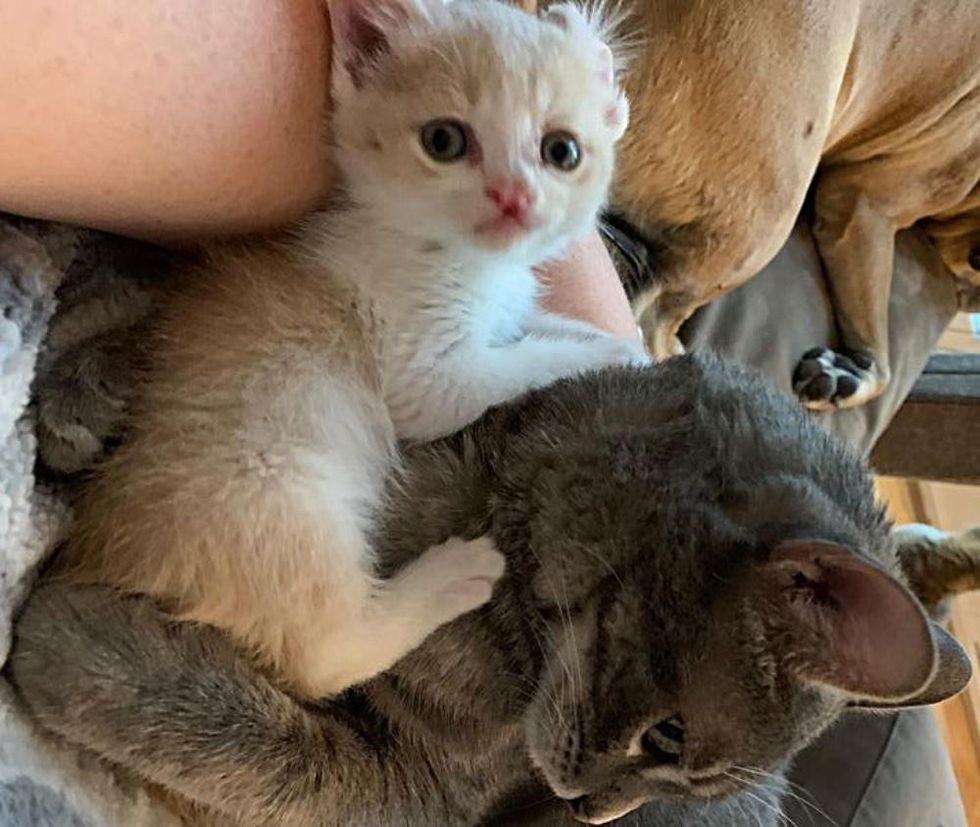 After a break to regain some personal space, Bubblegum came back to teach the little rascal some feline etiquette. It didn't take long for the two to become best friends.

Watch Frito the kitten and his bestie in this cute video:

"Tiny Frito has a big personality. He is totally unafraid of dogs, big cats and open spaces. He runs around after Bubblegum (everywhere he goes)," Alley Cat Rescue shared.

Frito may take a tumble here and there, but he gets right back up and just keeps going. 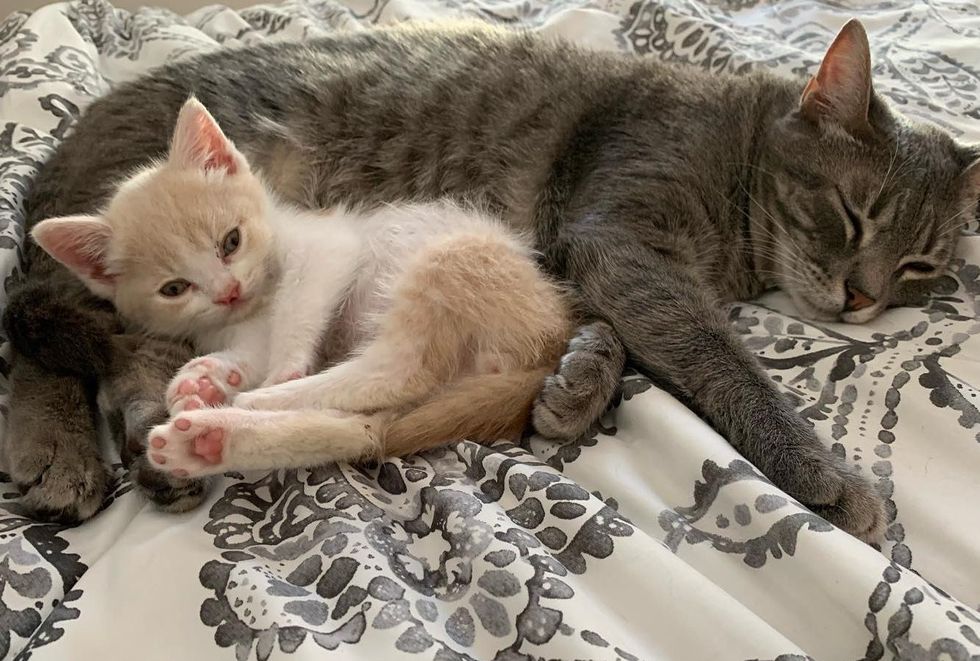 He is obsessed with speed and tries to outrun all the animals and humans in the house. "He may wobble a little, and have a squishy face, but he is very brave and smart."

When Frito, the tiny-but-mighty kitty, hangs out with bigger cats, he watches their every move, and tries to emulate them. He gives Bubblegum a run for his money when they chase each other, and he is always the first to reach the top of a cat tree. 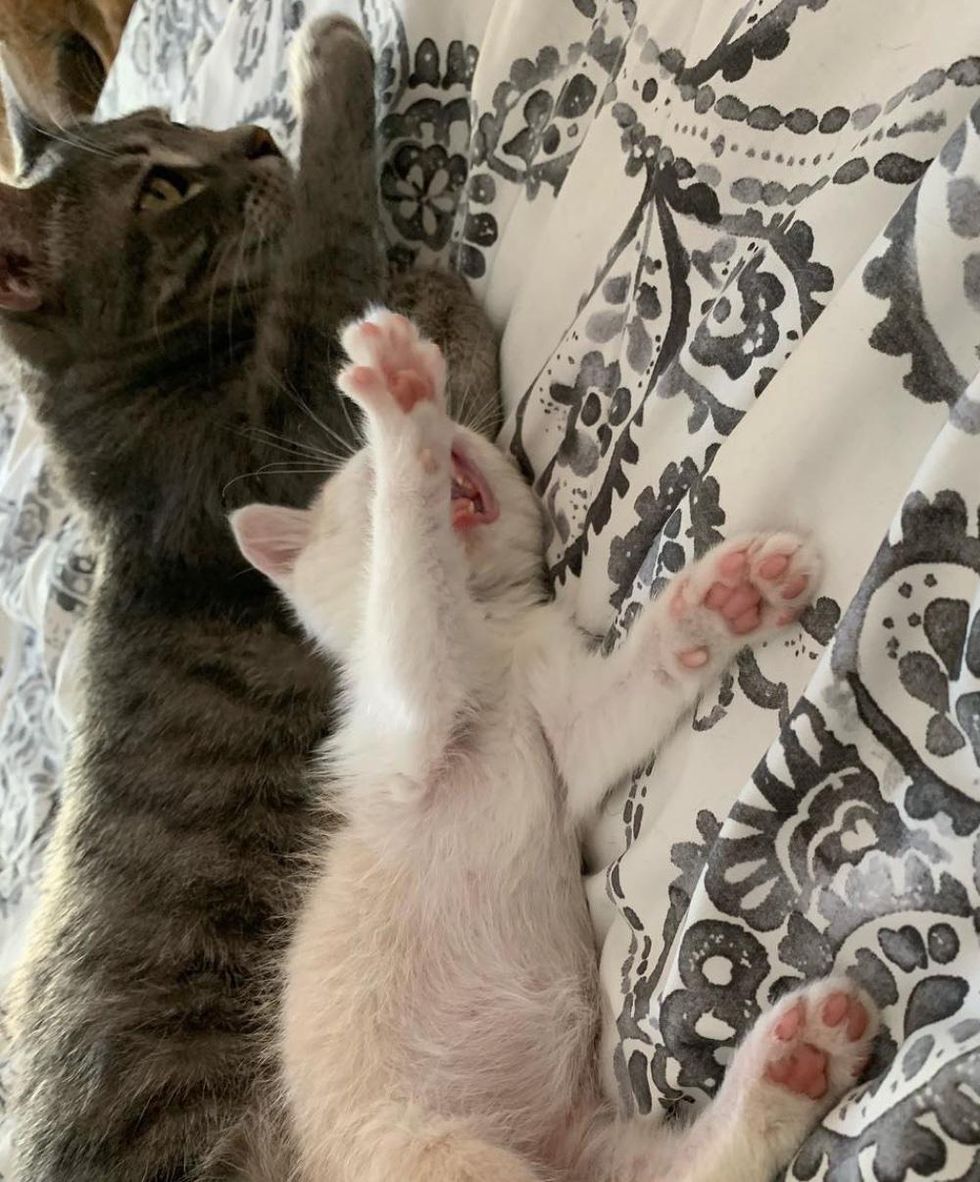 "He is mastering all the new toys. His wobbling does not slow him down, and when he gets going, you can't catch him."

Frito adores his people and gives the best kisses (licks on their faces) when he perches on their shoulders. What he loves the most is following his best friend, Bubblegum, trailing behind him like a shadow. "He finds all the places that Bubblegum goes to hide." 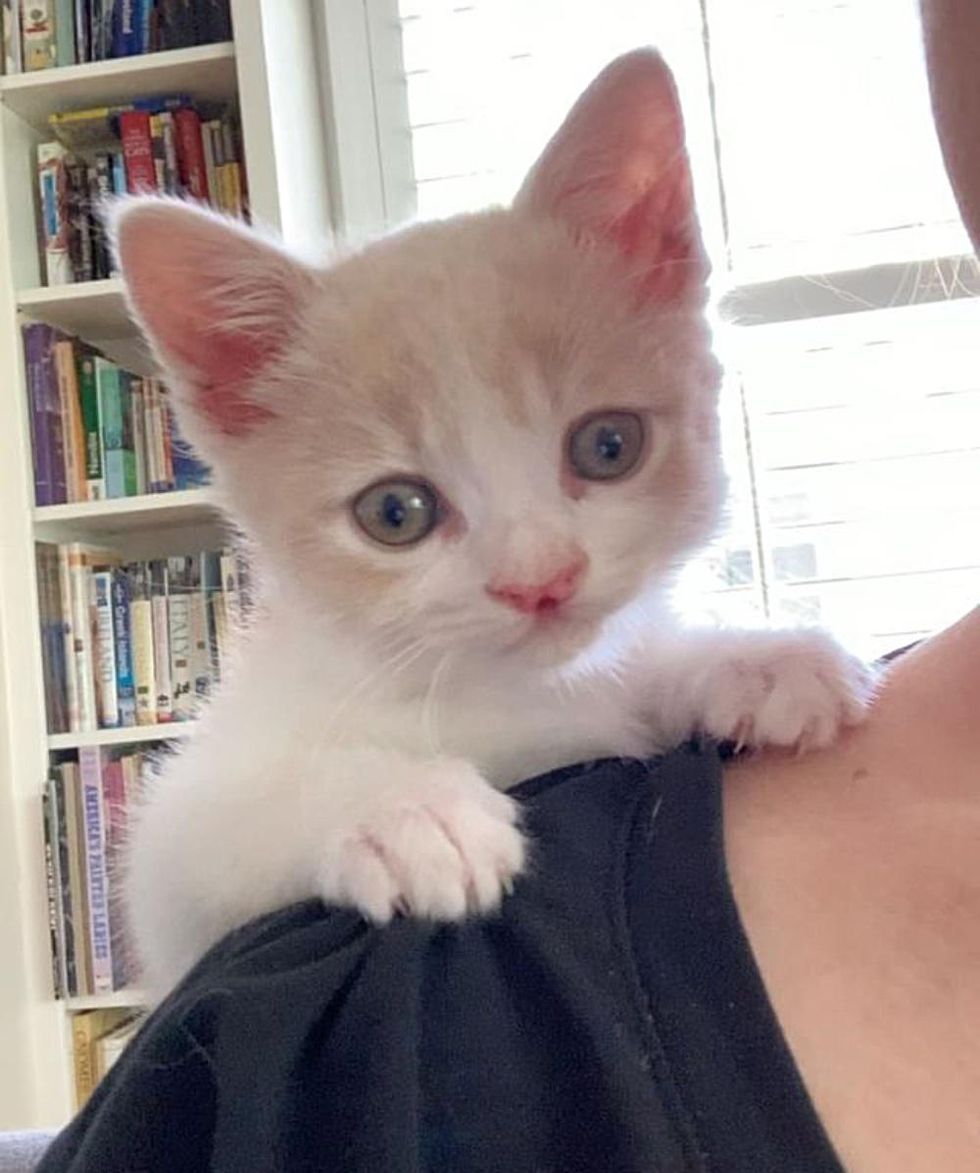 After weeks in foster care, Frito has finally reached the 2-pound mark, and hit many milestones along the way. The little guy never stops loving life! 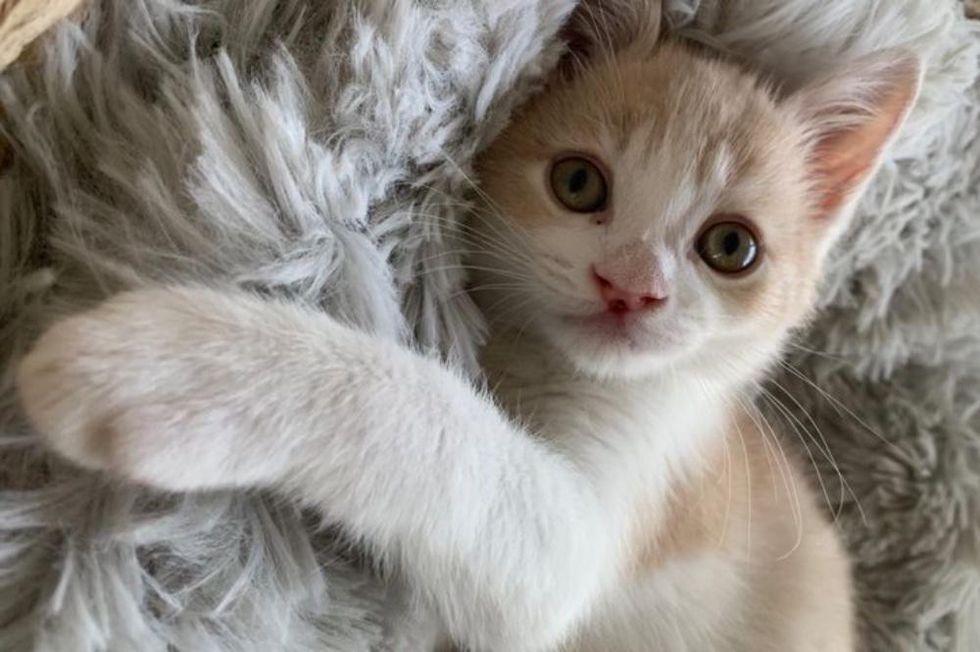