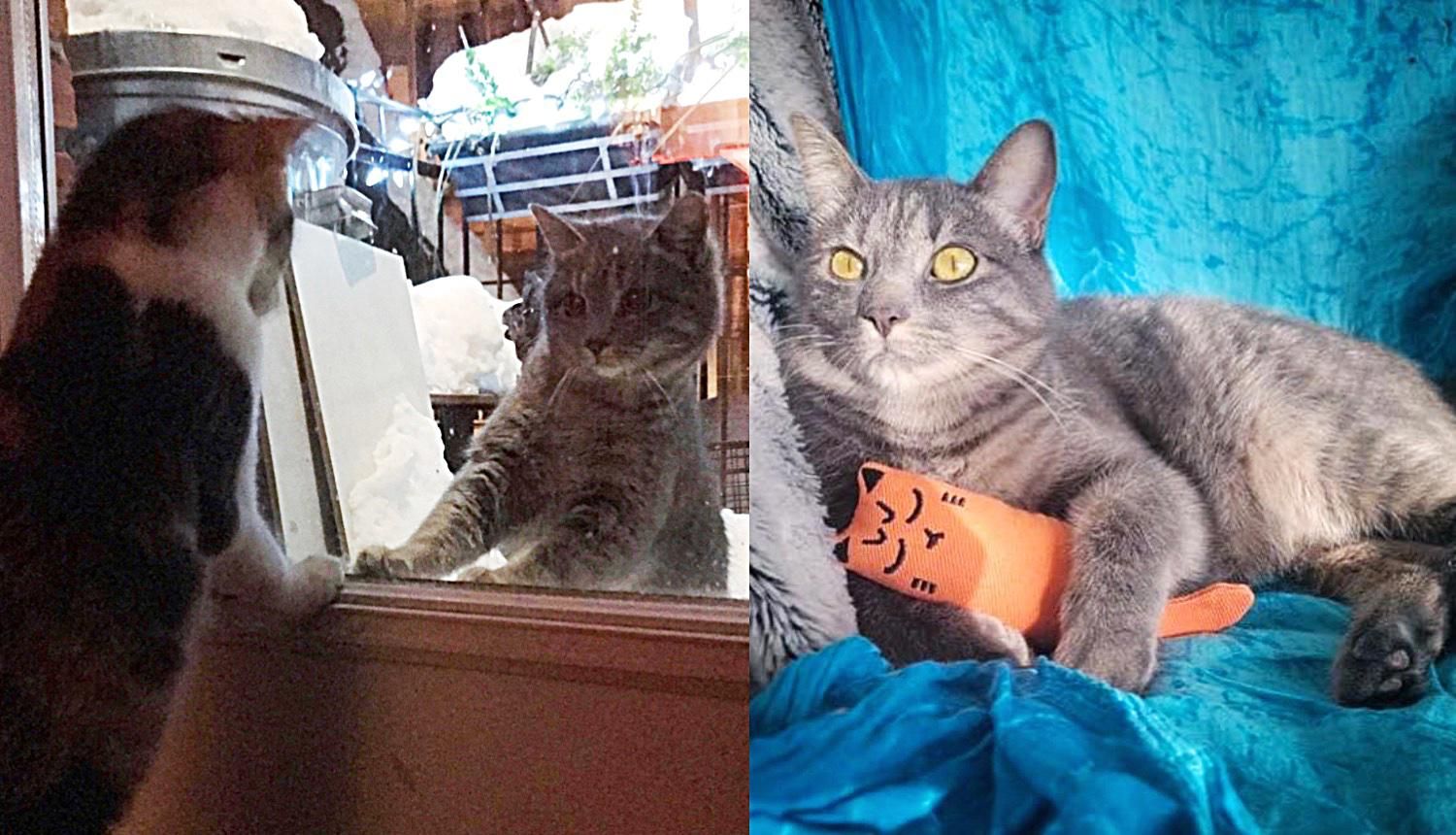 A kitten came up to a porch door, wanting to get in, and ended up being adopted by a cat. 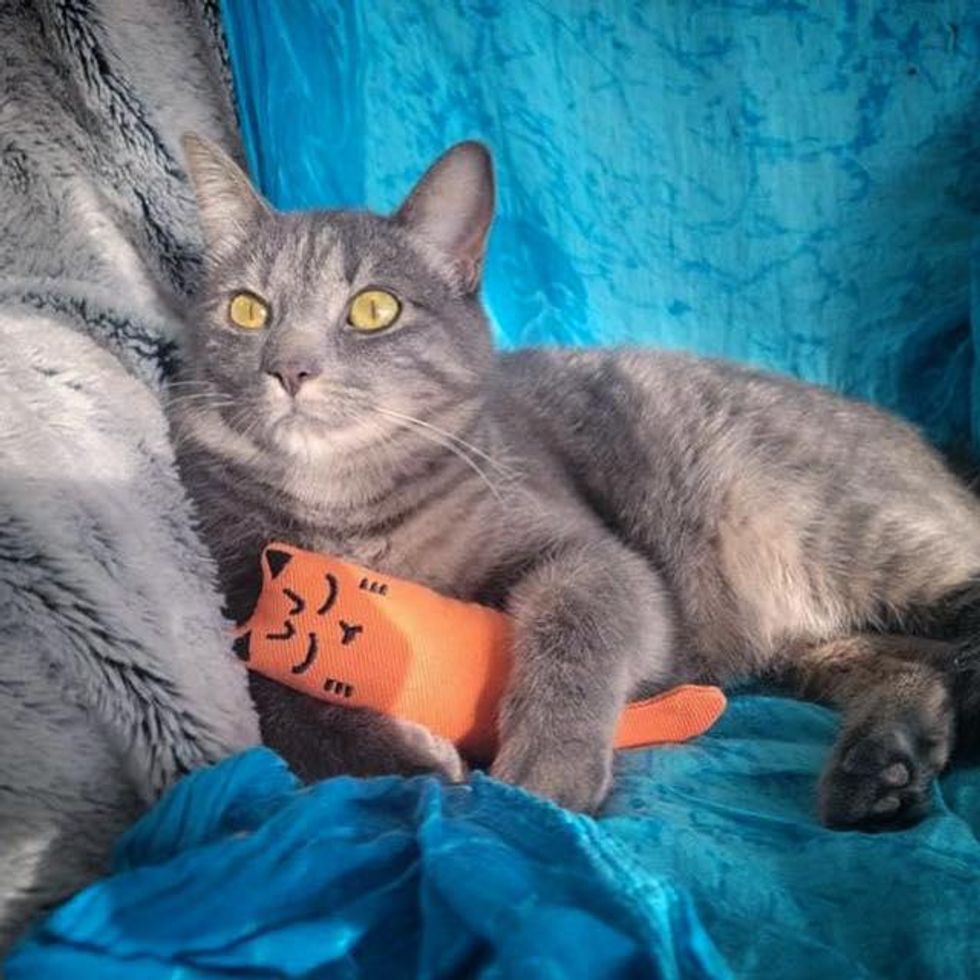 She started leaving food on her porch. With the temperatures getting very cold outside, she set a humane trap out one night, in hopes of getting the cat to safety.

Later that day, she heard sounds coming from her porch, and spotted three kittens nibbling on the food around the trap. 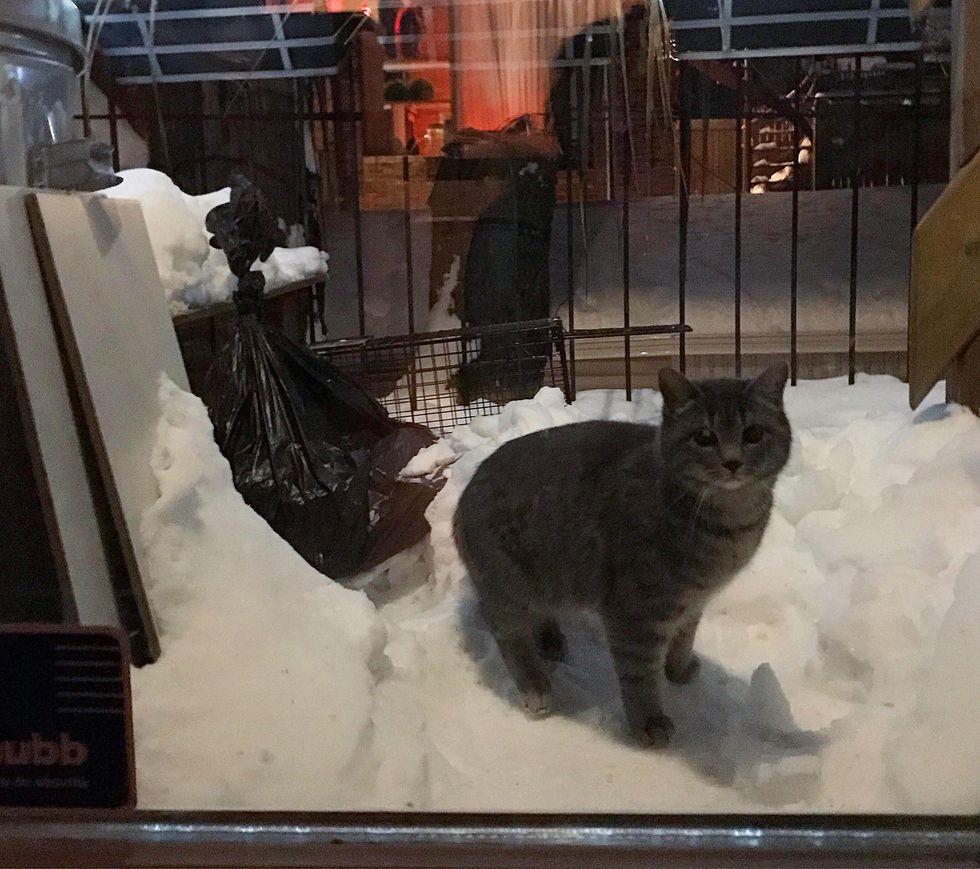 Amongst them, there was a gray kitten who saw Celine's house cat through the door, and was intrigued enough to approach her. She trekked all the way to the door and placed her front paws on the window, trying to peek in.

While the other strays quickly fled the scene, the curious feline remained and continued to stare into the house. 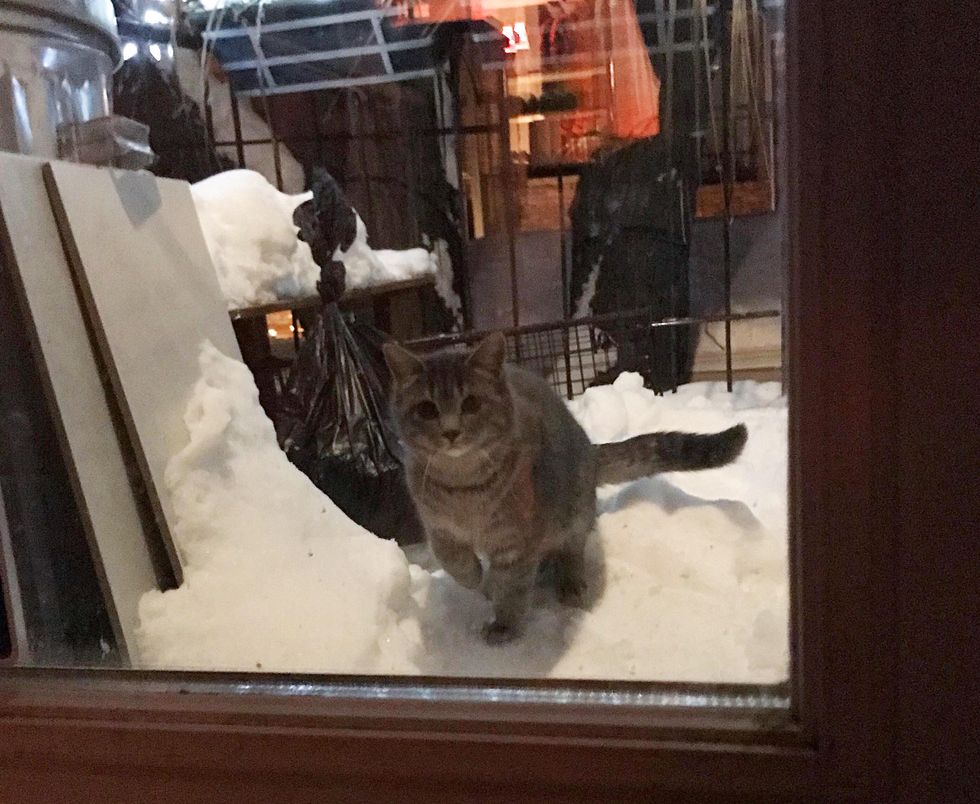 After a brief meet-and-greet with the house cat through the door, the kitten was overcome by hunger. "I didn't want to startle her so I didn't move and waited for her to find the trap. She began sniffing around for food," Celine told Love Meow.

The kitten traced the smell of the food into the trap placed on the porch, and was safely captured. That night, she got to sleep inside a warm home, away from the cold and the elements. 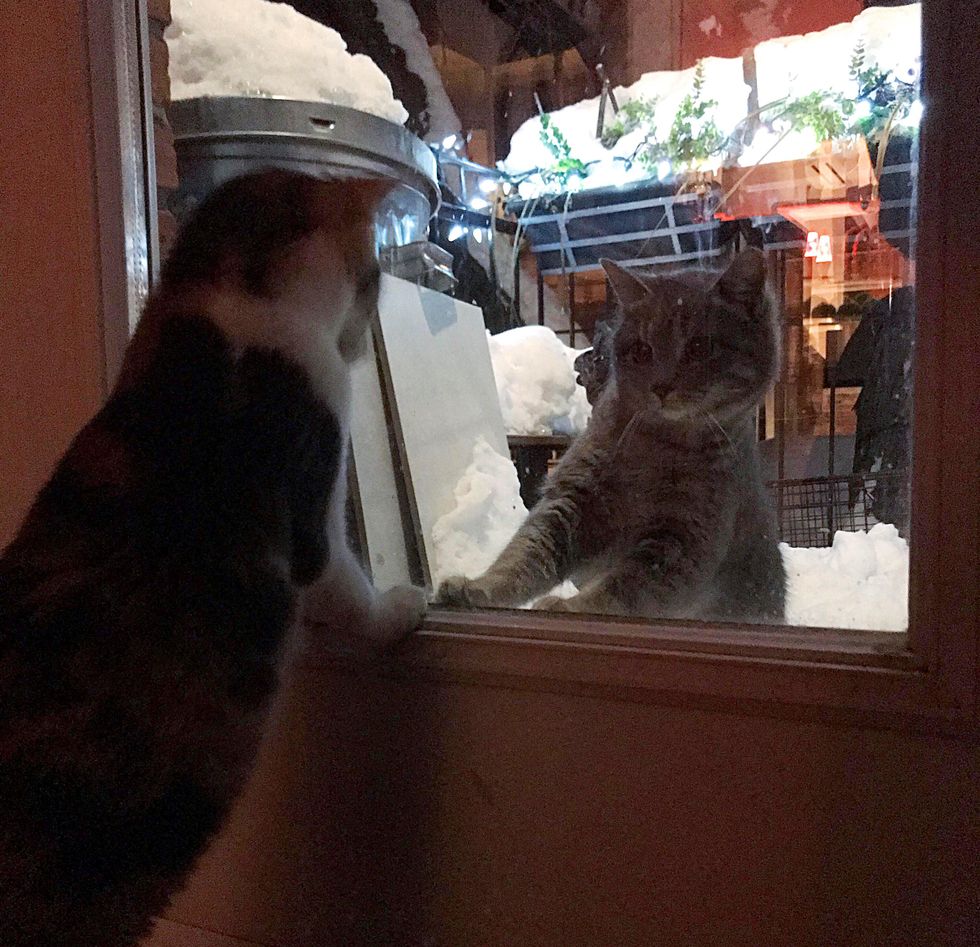 With the help of Chatons Orphelins Montréal, the kitten was vetted, spayed and placed in a foster home for socialization, while Celine continued to help other neighborhood strays.

"We named her Galoue. She was six months old and hadn't had much human contact. She was scared at first, but deep down, just wanted to be loved," Celine shared with Love Meow. 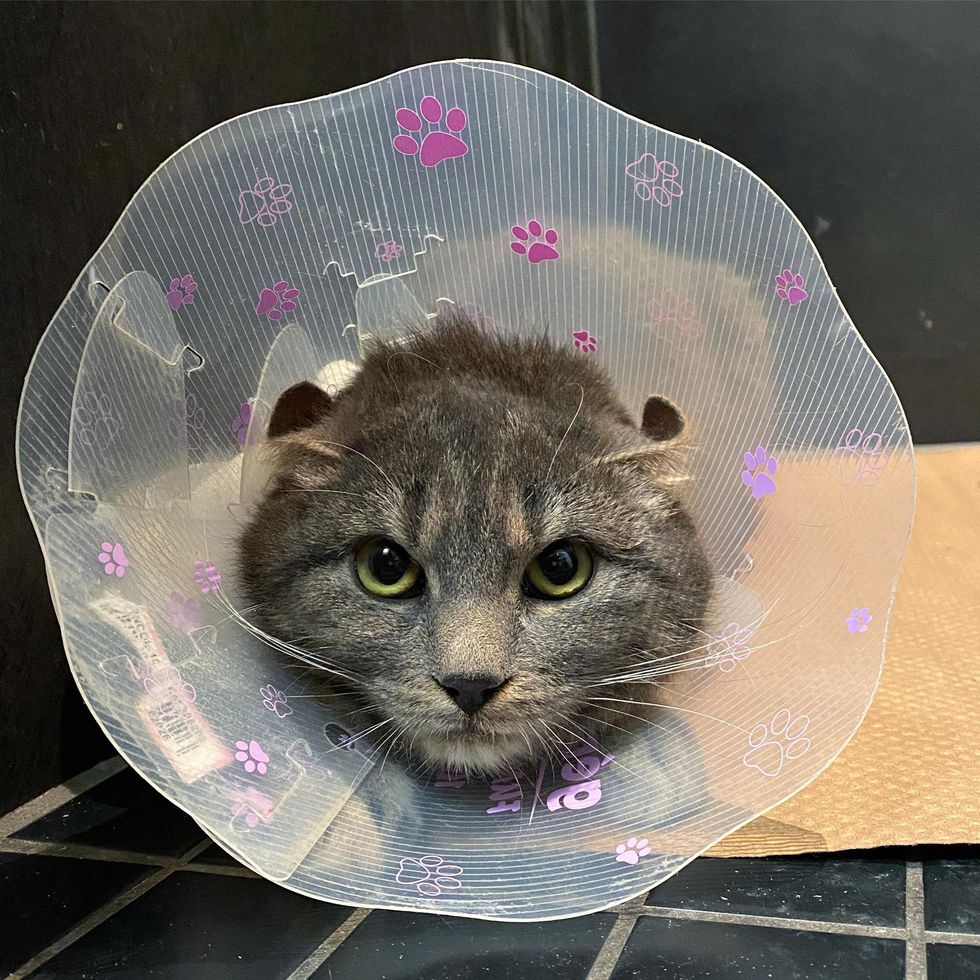 Geraldine, a foster volunteer of the rescue, took her in with open arms. She gave the kitten a comfortable room to decompress, and spent lots of time reassuring her that she was safe.

Once Galoue experienced a warm touch, she melted into her human and wanted more affection. 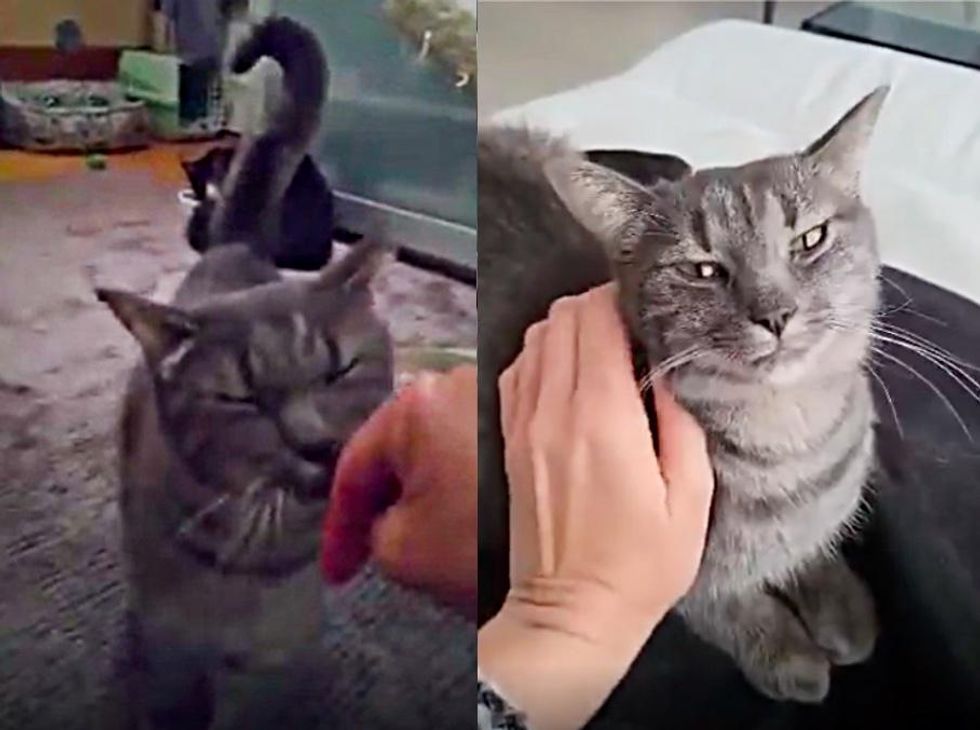 "She discovered hugs and snuggles and started making friends with Geraldine's cat and other foster kittens. She learned to trust people and how to cat from her feline friends, especially the resident tuxedo."

As months passed by, Galoue blossomed into a playful and lovey-dovey young cat, and grew to enjoy the company of her people. 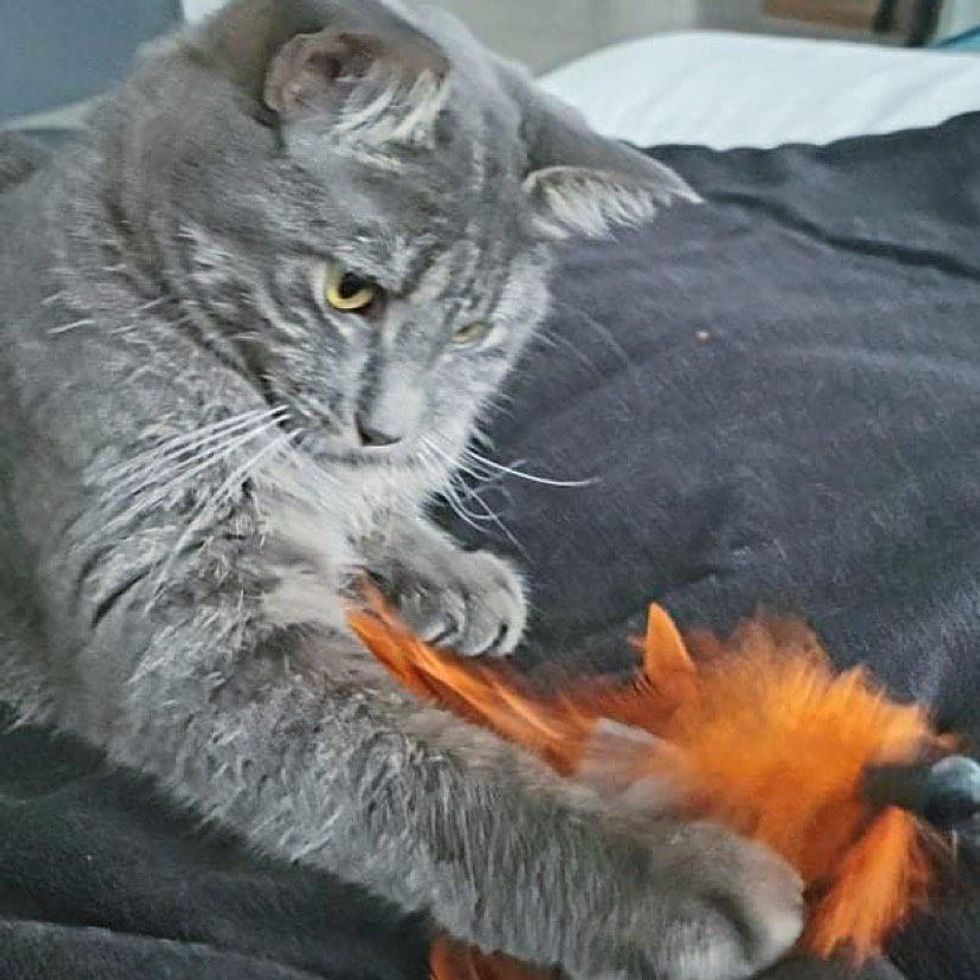 She turned into a playful, affectionate young catChatons Orphelins Montréal

She'd follow them into the bathroom to "supervise" them and rub up against them for extra attention and love.

But the resident tuxedo cat has been the one that she is most smitten with. "She is in love with the tuxedo and follows him everywhere around the house. They nap together and she looks up to him," Celine told Love Meow. 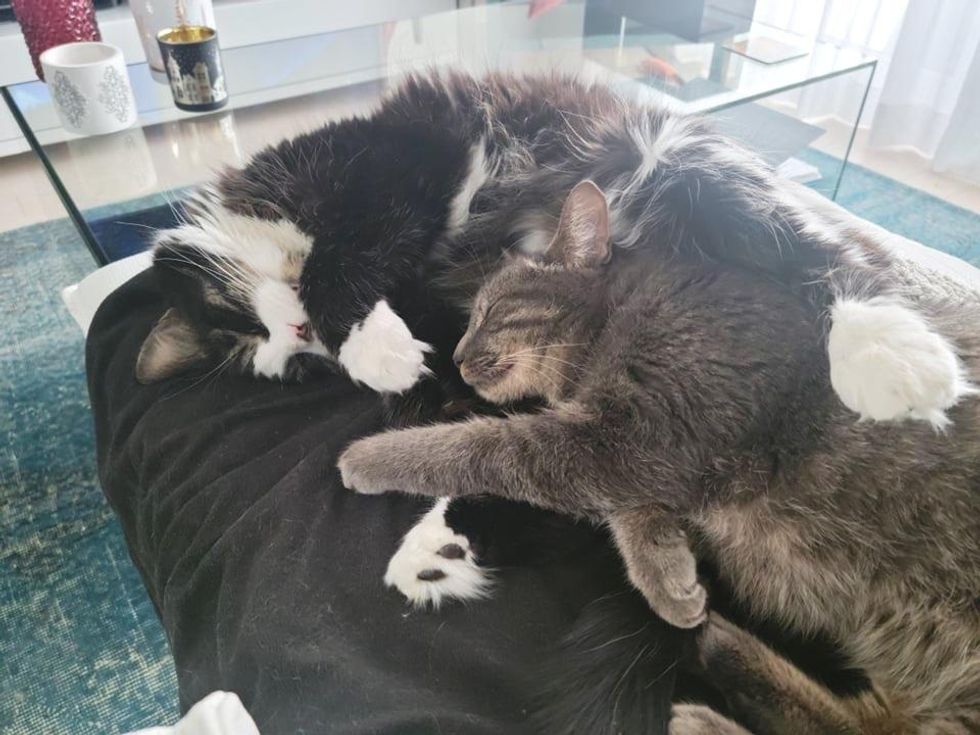 The resident tuxedo cat took her under his wingChatons Orphelins Montréal

Galoue has become Geraldine's little shadow and the resident tuxedo's best friend. She accompanies her human every night at bedtime, and is always nearby, ready to cuddle. 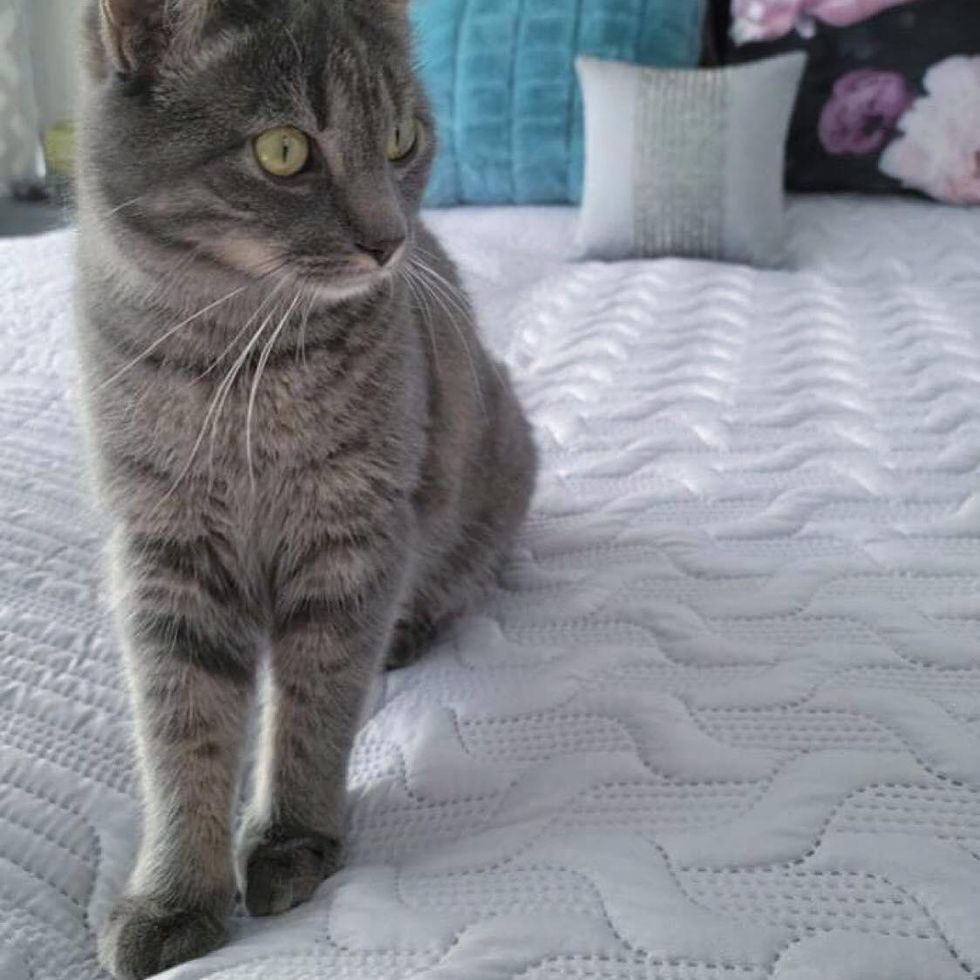 After over a year in foster care, waiting for her dream home, Geraldine realized that the sweet kitty had already found it, as she had made herself an inseparable part of their family.

They officially adopted Galoue this month. 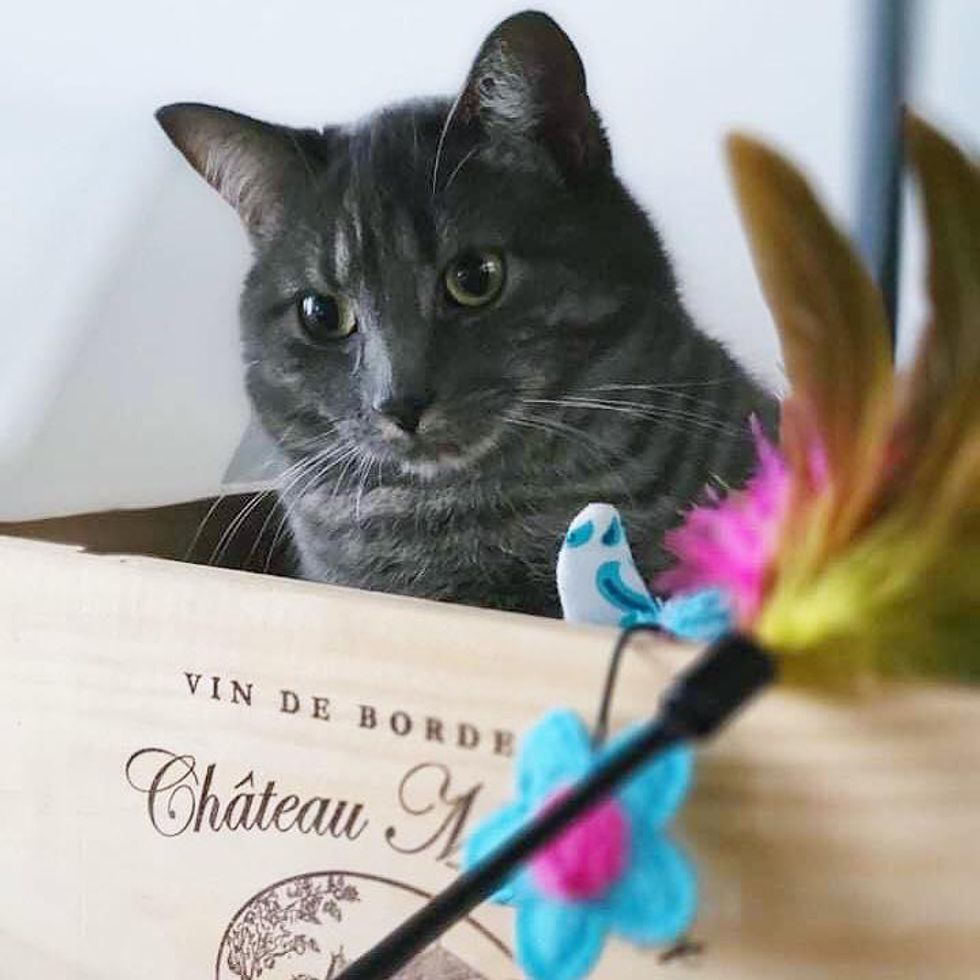 "The moment when the resident tuxedo took her under his wing, and they curled up together, we knew it was meant to be." 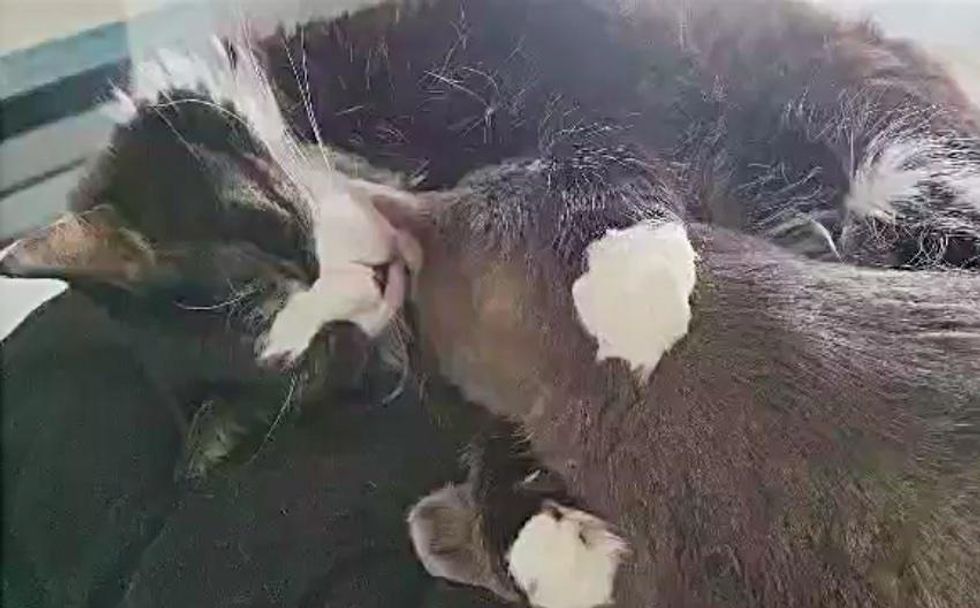 Related story: Two Kittens Wander Up to a House, Walk into Carriers and Ready to Leave the Streets Behind