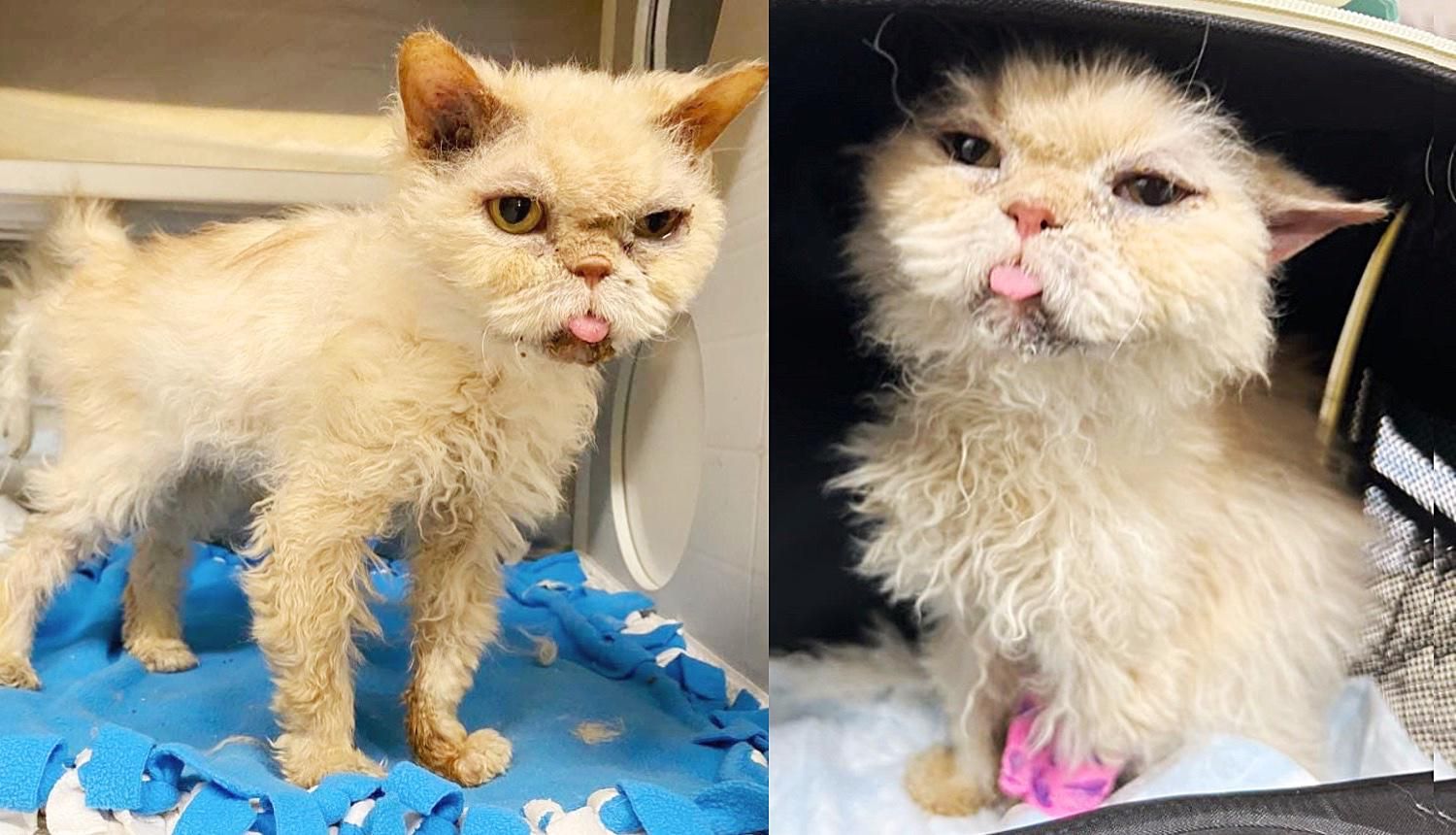 A cat is all snuggles and purrs for being indoors again after having lived outside for quite some time. 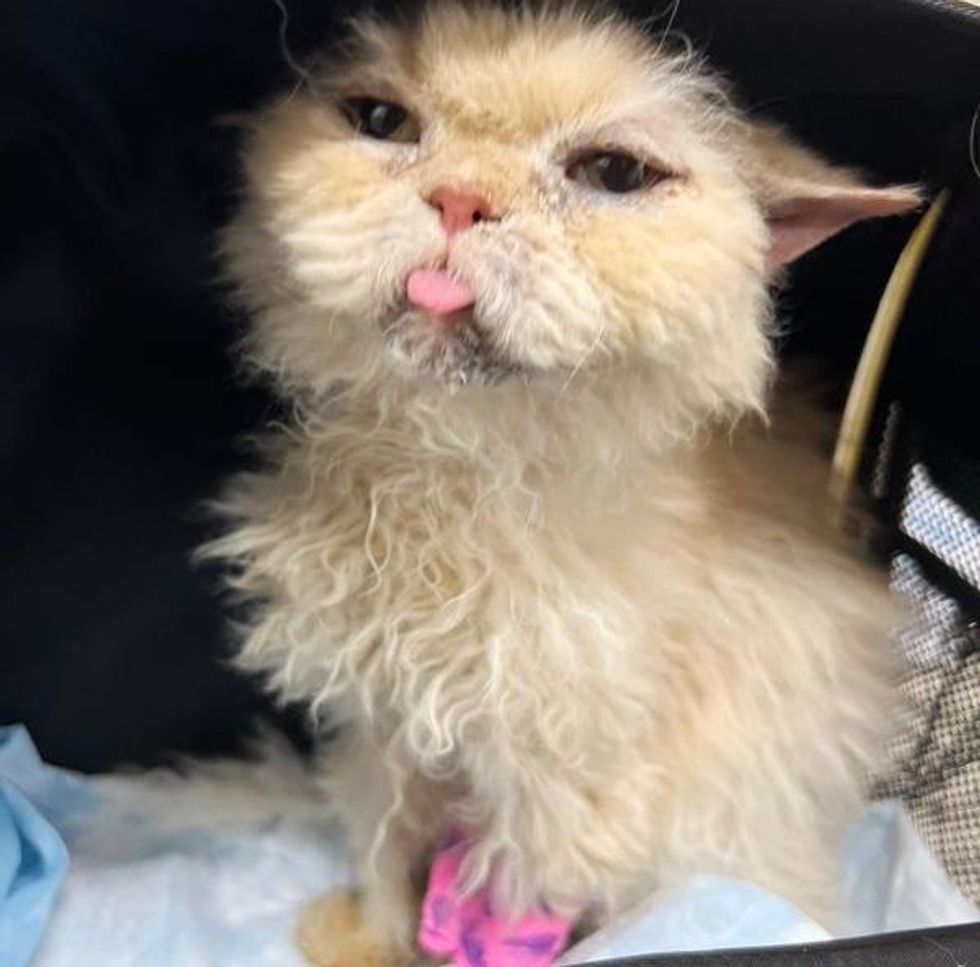 A 10-year-old cat was brought into Orange County Animal Care, rough around the edges and in need of a lot of TLC. His crusty skin, infected ears were the telltale signs of him having braved the streets as a stray, for quite some time.

Despite it all, he was friendly and sweet to everyone at the shelter, and often let his tongue hang out in contentment. Shelter staff reached out to Friends for Life Rescue Network and hoped to get the little man a chance at a good life that he deserved.

Jacqueline DeAmor, president of Friends for Life Rescue Network, began to arrange for a foster home, and one of their fellow rescuers stepped up to take him. 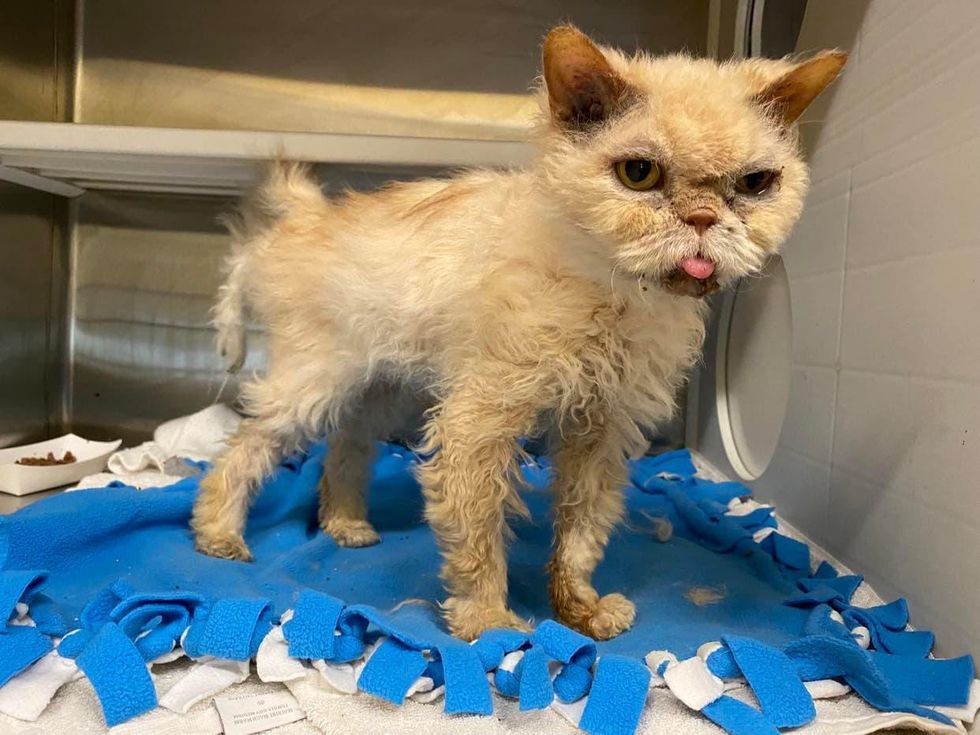 He was found outside as a strayFriends for Life Rescue Network

"We were able to secure transport to meet halfway and got him safe. Upon arrival, we realized that he had an eye infection, skin dermatitis, ear polyps, and in desperate need of a dental," Jacqueline told Love Meow.

The sweet-natured gentleman named Mr. Waffles was very affectionate from the get-go. When he settled into his new place, all he wanted was to be petted and snuggled. 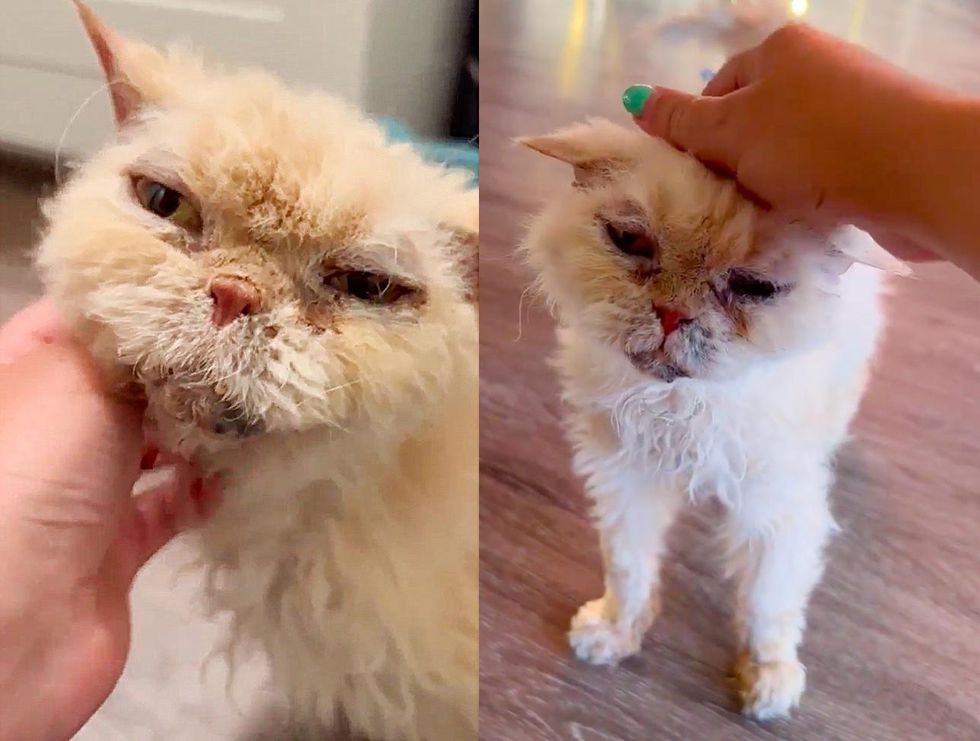 "He's a bit crusty but such a loving guy. He's easy-going and unfazed by anything," Athina, the foster mom, shared with Love Meow.

"He loves to purr, snuggle up on your lap, and paw at you to get your attention. He's never hesitated to trust me or my 3-year-old son." 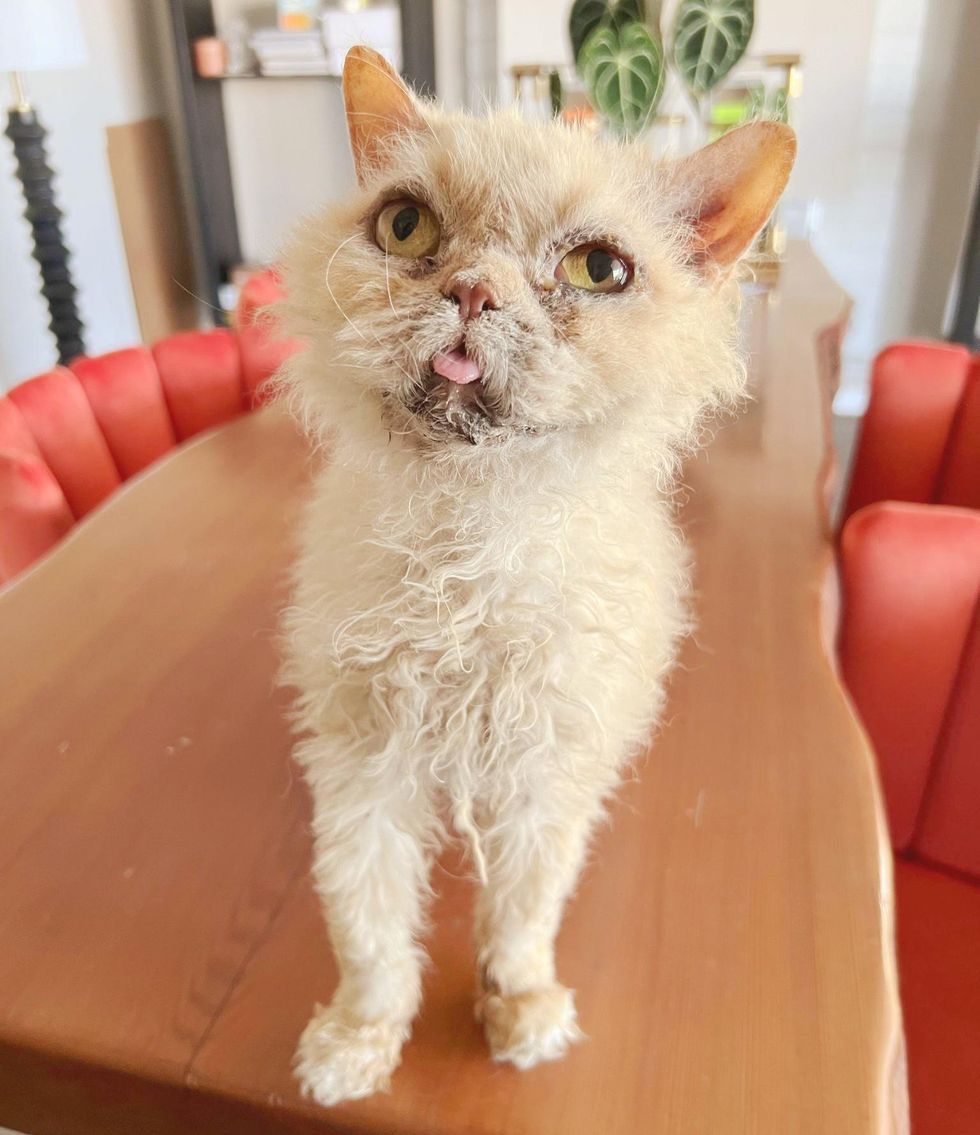 At the vet, they discovered a host of health issues, some of which had been untreated for a long time. "He has been neglected for so long, and now he's on his road to recovery."

Mr. Waffles is thrilled to be an indoor cat again and always on the lookout for attention. He walks up to his foster mom whenever she calls him, and revels in the comfort of being catered to. 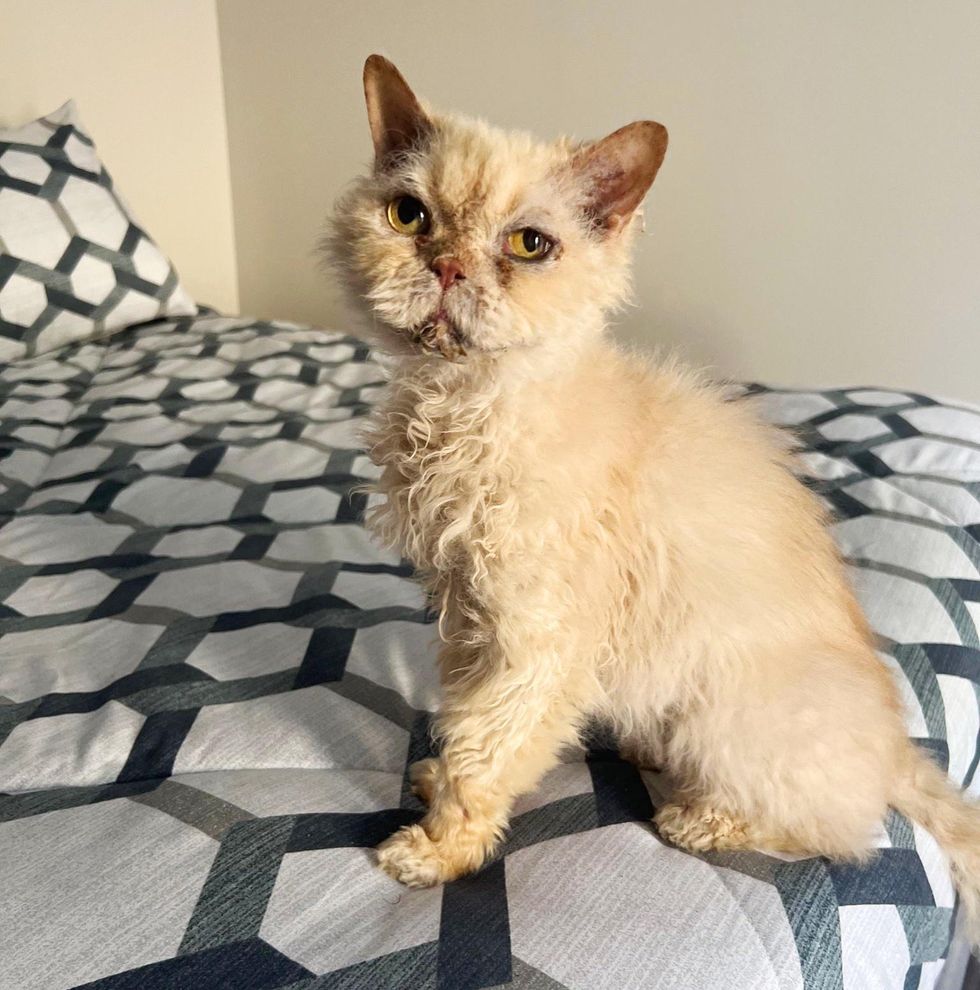 "He did so well during his bath and really enjoyed being brushed."

The sweet cat loves food but has a bigger appetite for affection. His chin and skin are starting to heal. When he is ready, he will get a full dental to remove the bad teeth so he can scarf down his food without discomfort. 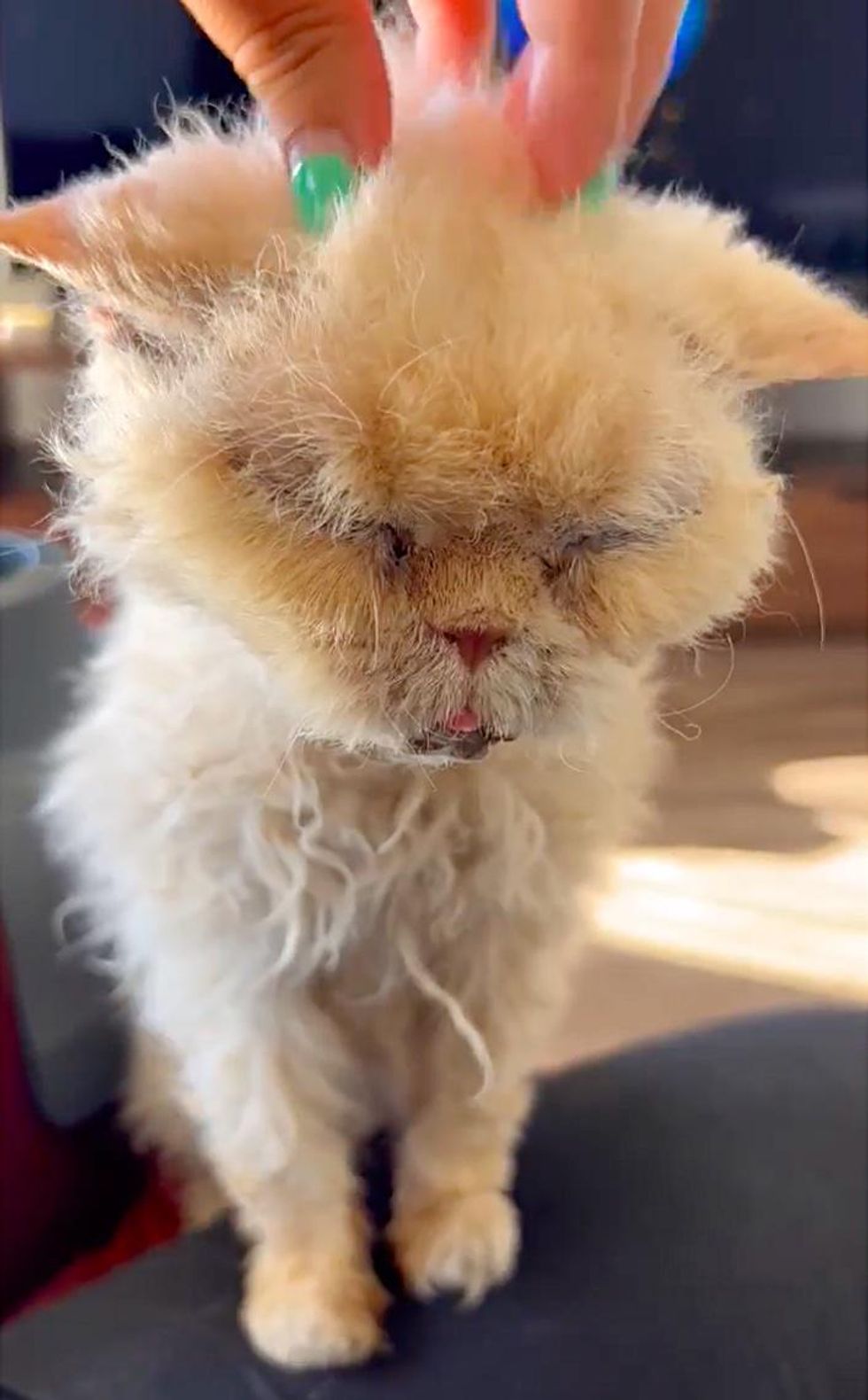 No one knows how Mr. Waffles ended up on the streets, but he hasn't stopped loving life since he was found. A few chin scritches quickly send him to bliss, and his little tongue sticks out every time. 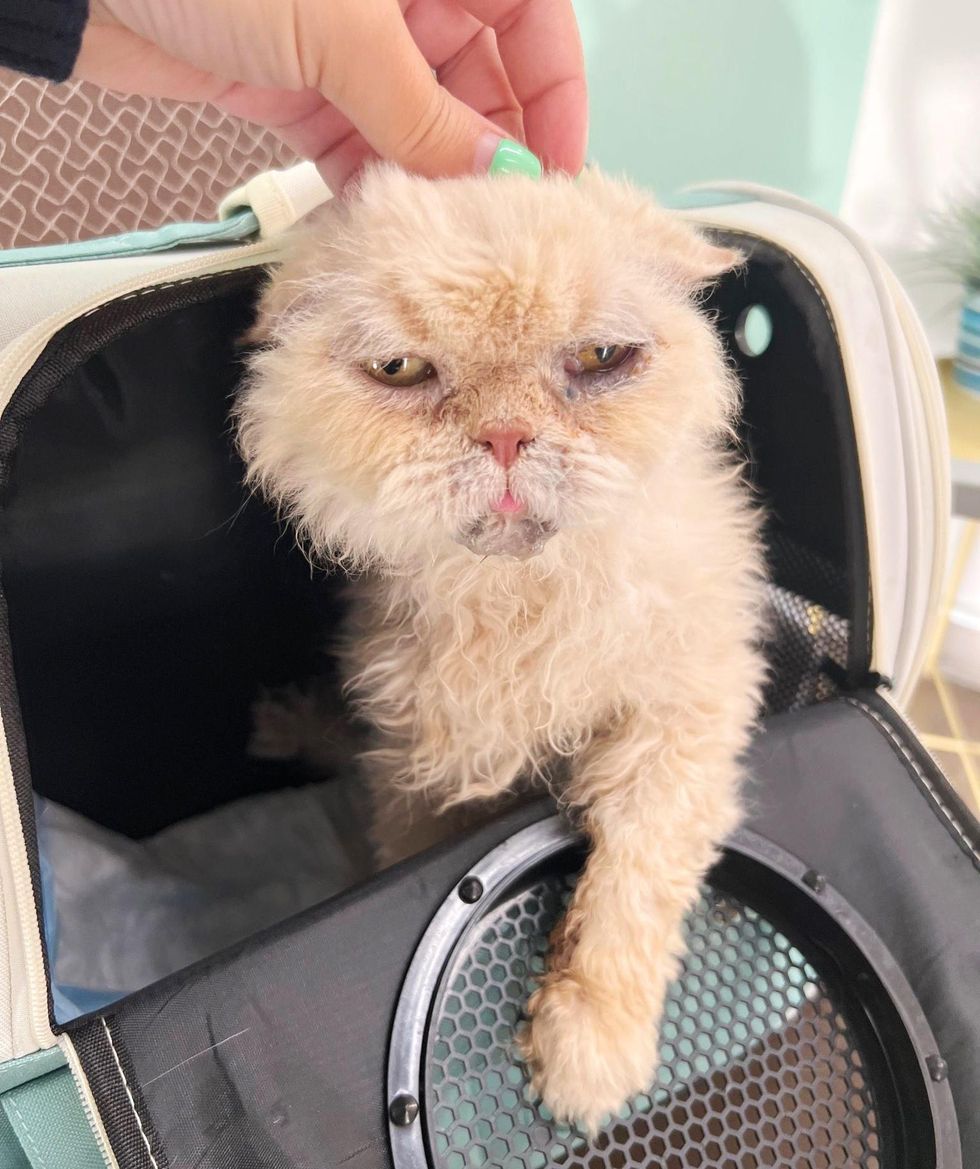 Mr. Waffles is so happy to be an indoor cat againFriends for Life Rescue Network

Mr. Waffles is feeling better each day and taking all the medical treatment in stride. He has a personality of a teddy bear and will gladly walk on your lap and reach for your hand for some face rubs. 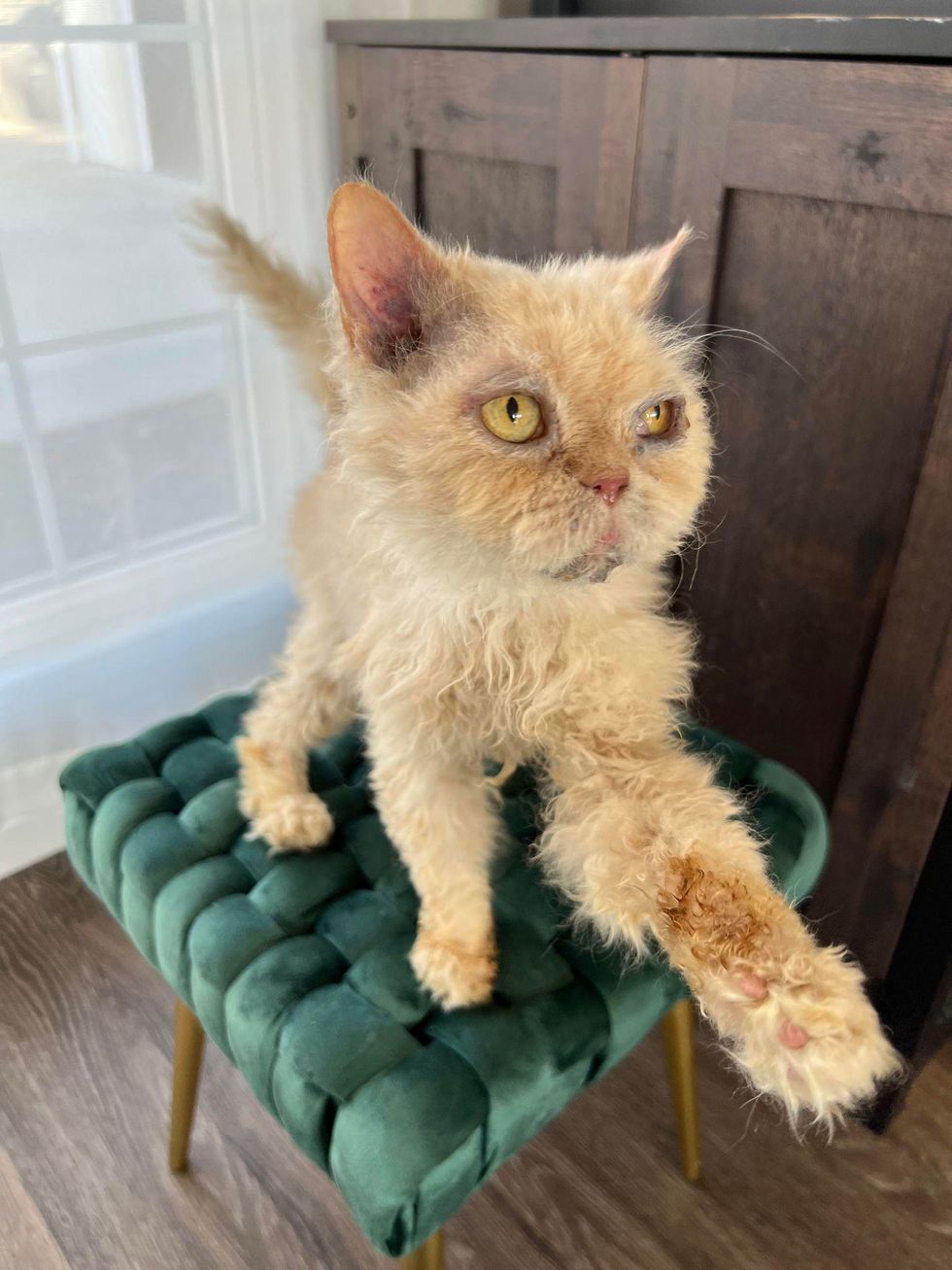 After being starved of love for so long, the sweet senior cat is making up for lost time with his foster family. He soaks up all the attention he can get, and fills their home with his adorable rumbling purrs. 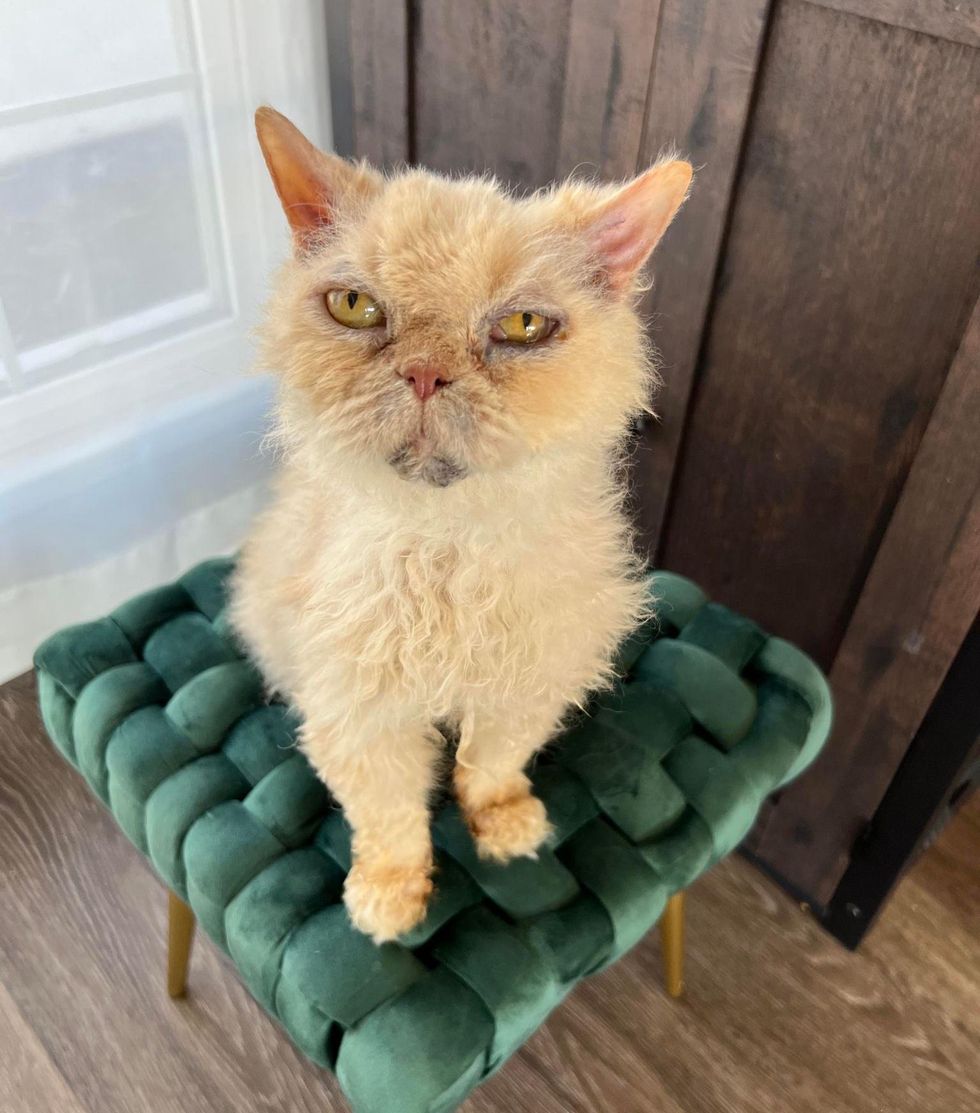 Related story: Cat Showed Up at the Door of Workplace and Asked to Be Let Inside from the Rain