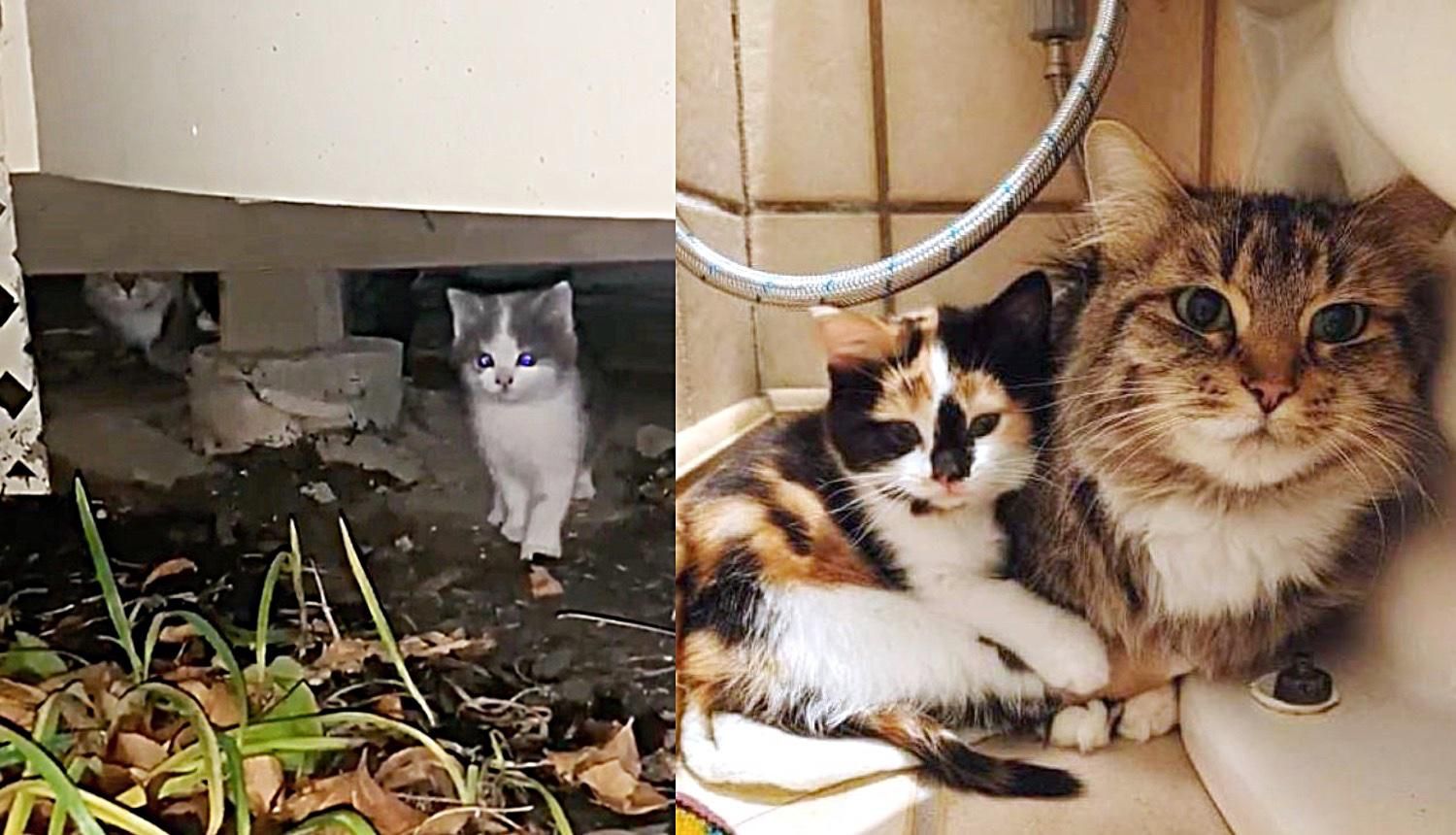 A cat who was found with three kittens under a balcony, decided to come out from hiding one day and learn to trust. 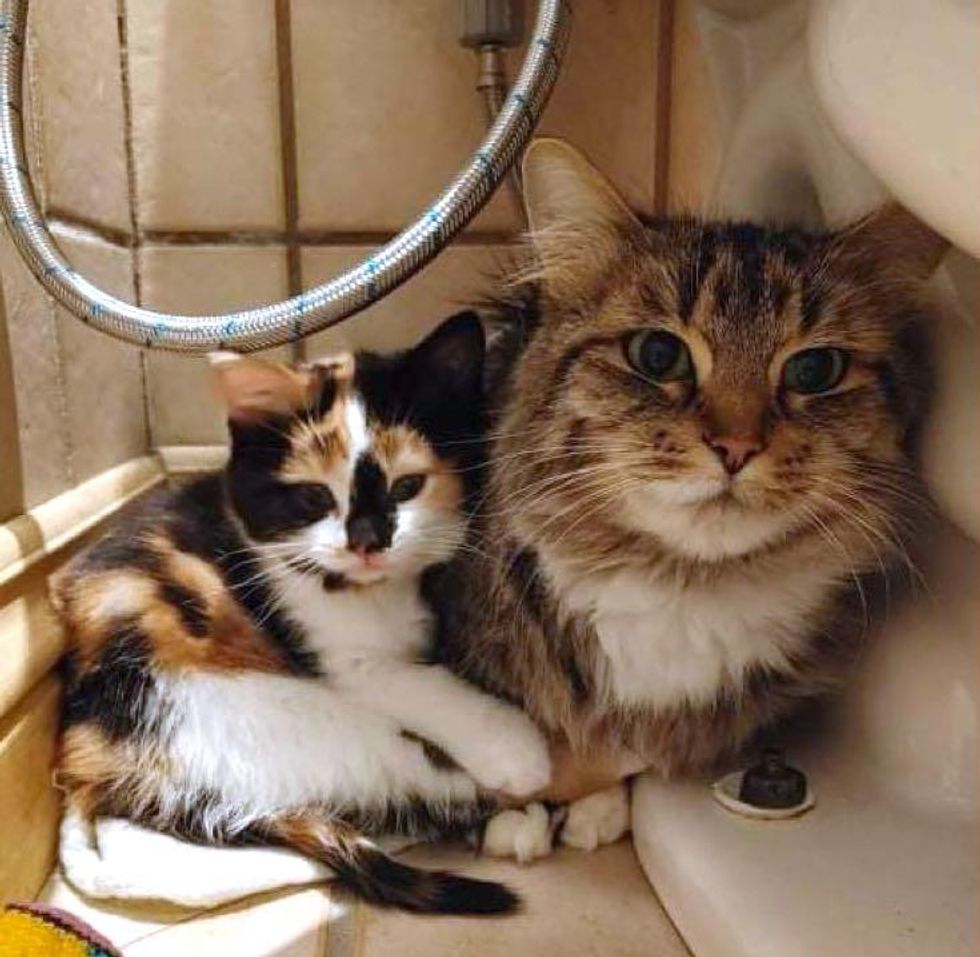 Madison the cat mom and her kittenChatons Orphelins Montréal

Late last year, Steph and Francis from Montreal, Canada noticed a couple of shiny orbs glaring under their neighbor's balcony one night. Upon inspection, they discovered kittens hopping around the area.

They saw two little ones dawdling under their cramped refuge, and right behind them, lay a timid cat mother huddling with her third fur child.

As soon as Steph placed some food in front of them, the kittens swarmed over to it and scarfed it down voraciously. The cat mom eventually worked up the courage to have her share of the nourishment. She was so hungry that even fear couldn't stop her. 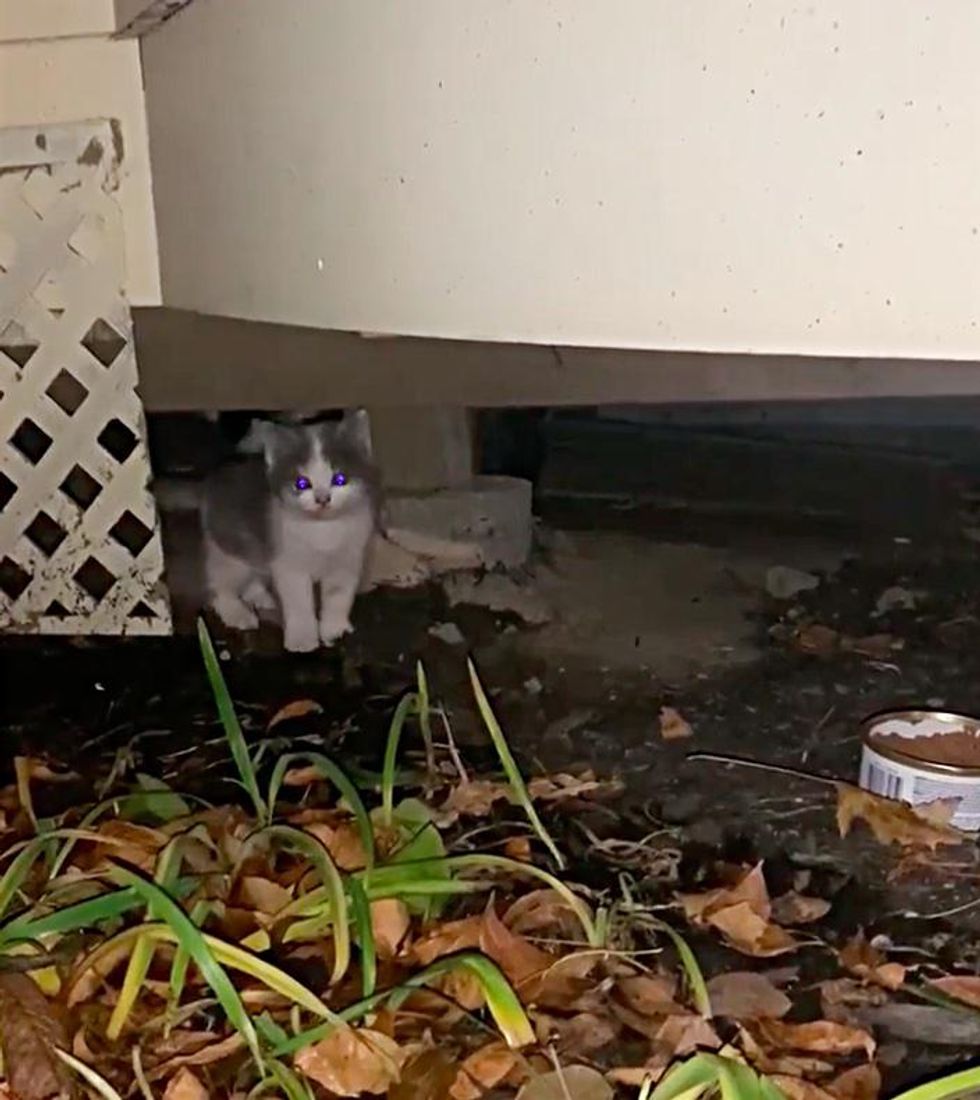 When one of the kittens started to venture out into the road, Steph rushed to get him while the other two retreated back to their hideout. With one kitten brought to safety, Steph returned the next morning for the rest of the family.

She came back with a humane trap, and in just one hour, the tabby mom walked in. They rounded up the two kittens and transported the family of four to their local rescue, Chatons Orphelins Montréal. 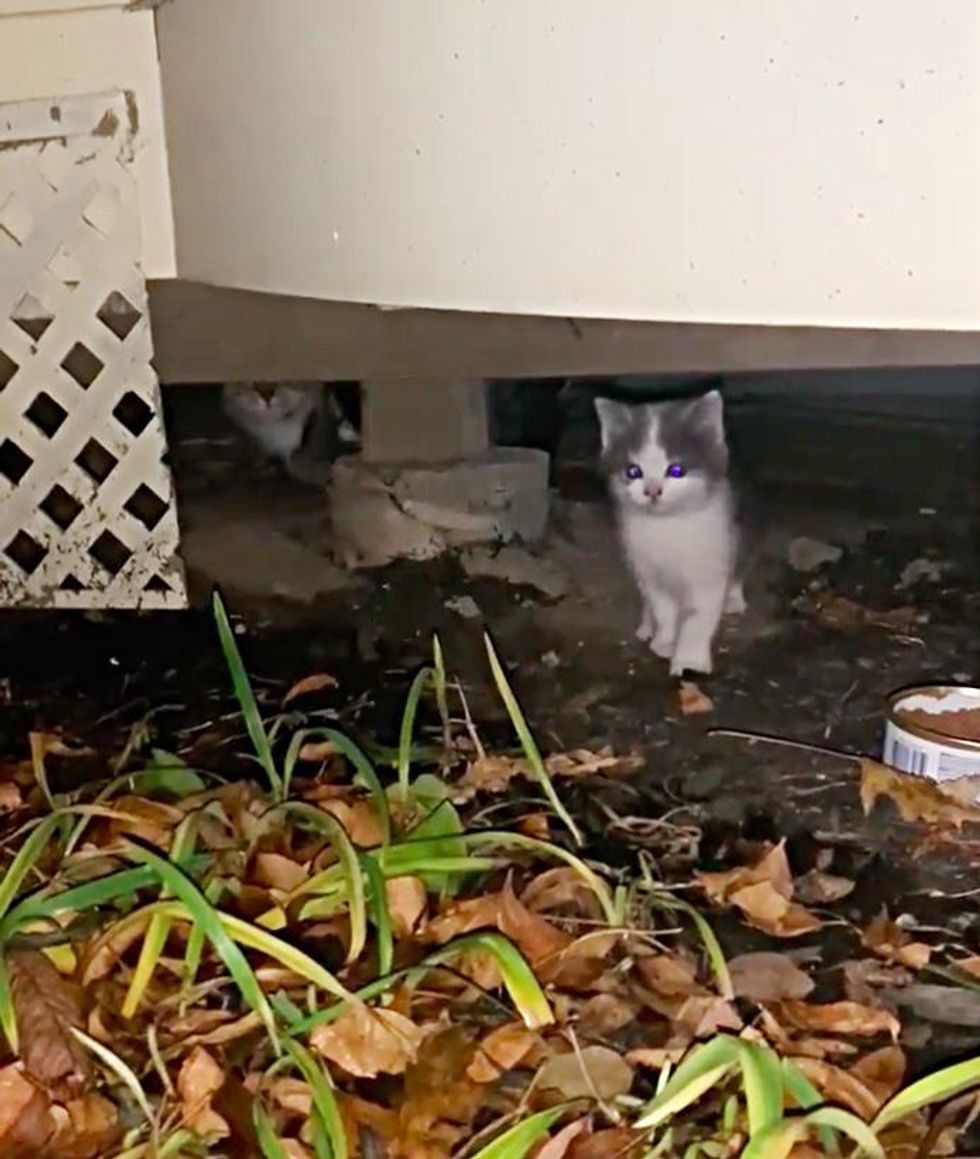 Madison and her kittens were found under a balconyChatons Orphelins Montréal

"The cat mom was named Madison. She was very scared but didn't have a mean bone in her body. She joined her kittens in their foster home with Sadja and Charlotte to be socialized," Celine Crom of Chatons Orphelins Montréal shared with Love Meow.

For a while, Madison would wedge herself between a wall and a bed, trying to remain hidden. While her kittens settled beautifully into indoor life, Madison was still wary of people and continued staying in her hideaway. 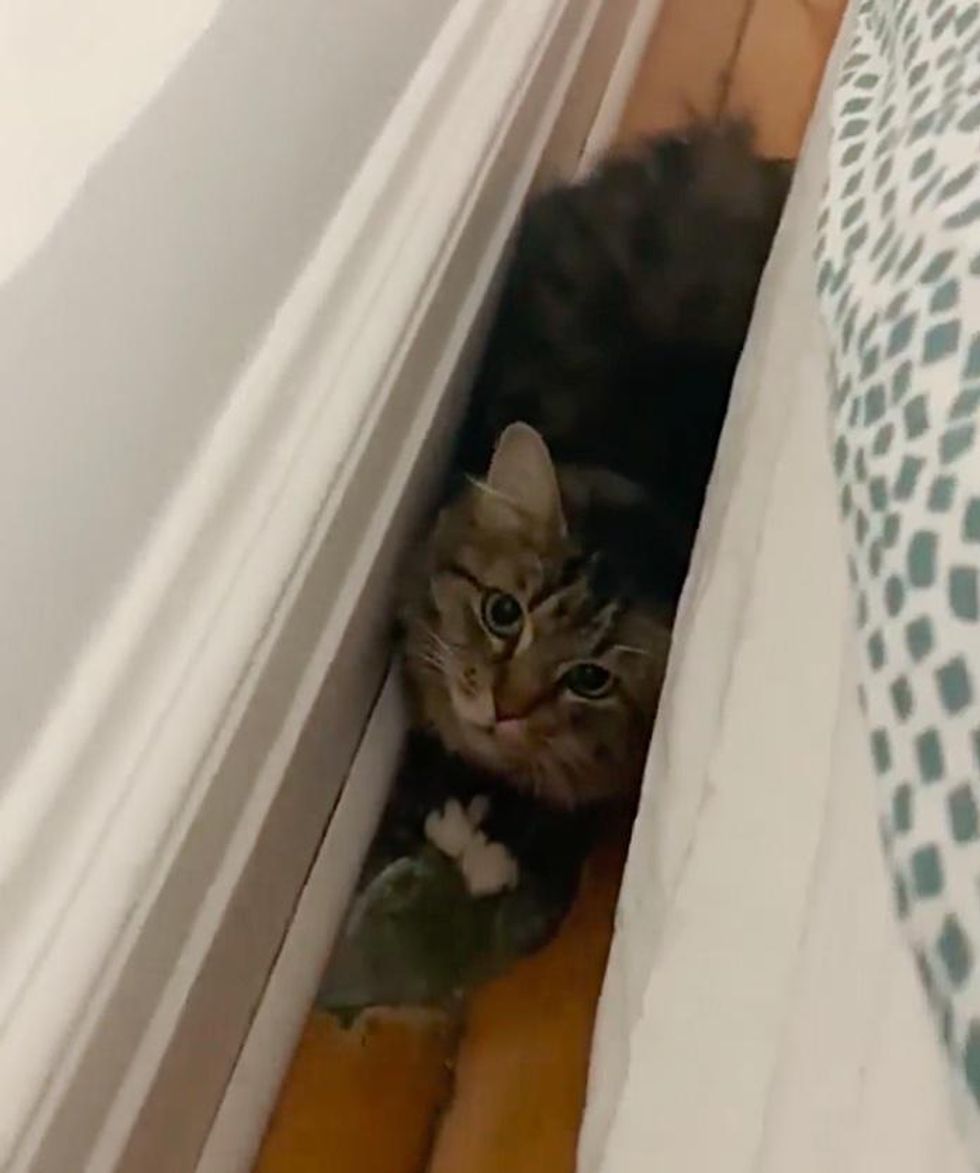 Sadja and Charlotte talked to her every day, and attempted to pet her gently on her forehead. They were met with hisses that eventually subsided as Madison realized head scritches were quite soothing.

They gave Madison the time she needed and waited for her to progress on her own terms. When Madison moved into a cat bed, it was a baby step that they all celebrated. 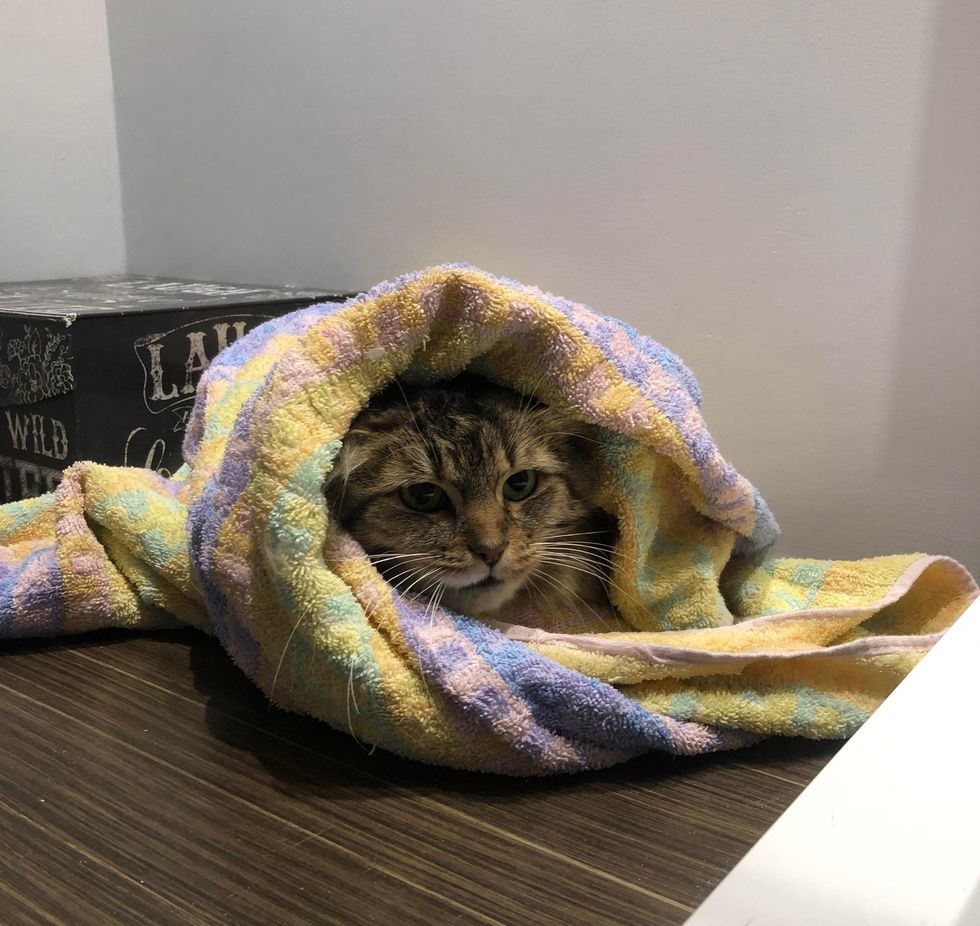 The kittens blossomed into rambunctious young cats, and Madison was ready to let them spread their wings and fly. She began spending more time away from the trio and learned to cohabitate with humans.

Watch Madison and her kittens in this video:

Cat and kittens found under a balcony www.youtube.com

Botheyna, another foster volunteer, carried on the work to socialize Madison. A quiet environment seemed to do the trick as the tabby girl slowly came out of her shell and decided to trust. 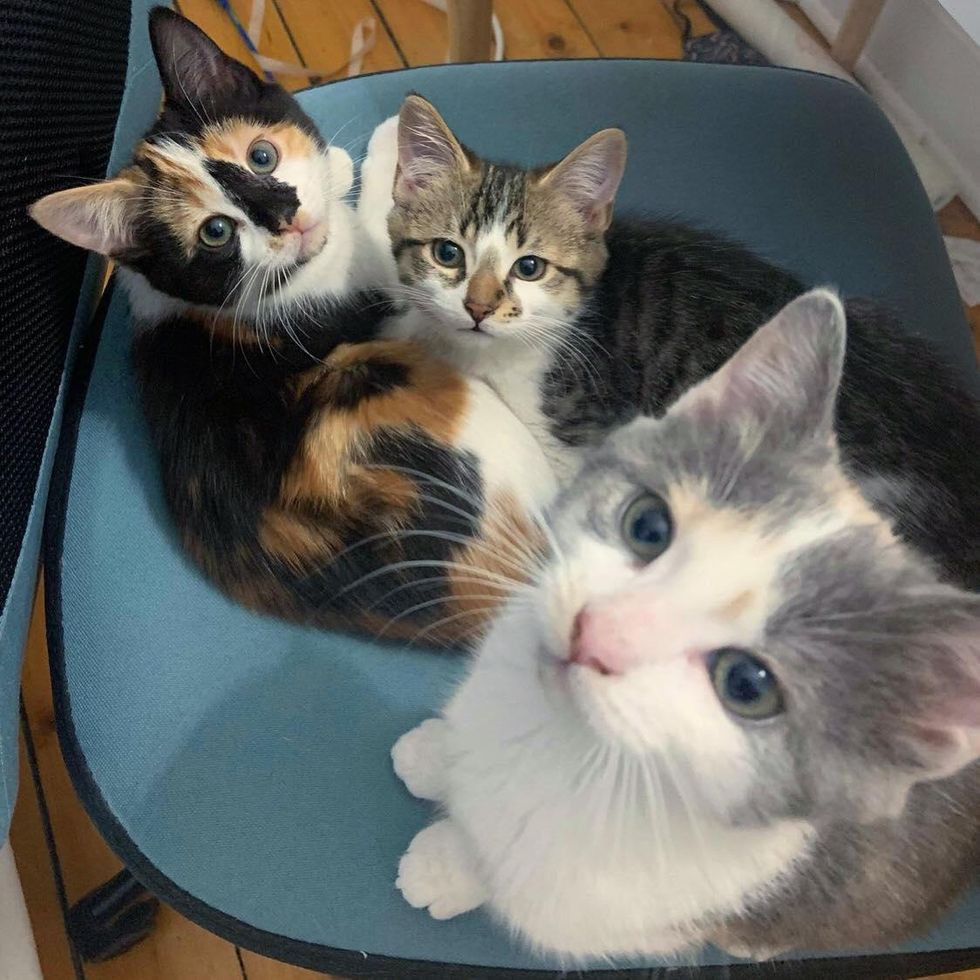 Her kittens grew by leaps and boundsChatons Orphelins Montréal

"She was still shy but curious about her surroundings. When she started to feel comfortable, she raised her tail up and rubbed her face all over the place," Celine shared with Love Meow.

Madison enjoys her peace and quiet and has grown to revel in cuddles with her humans. "She is getting closer to her people and now takes naps near them." 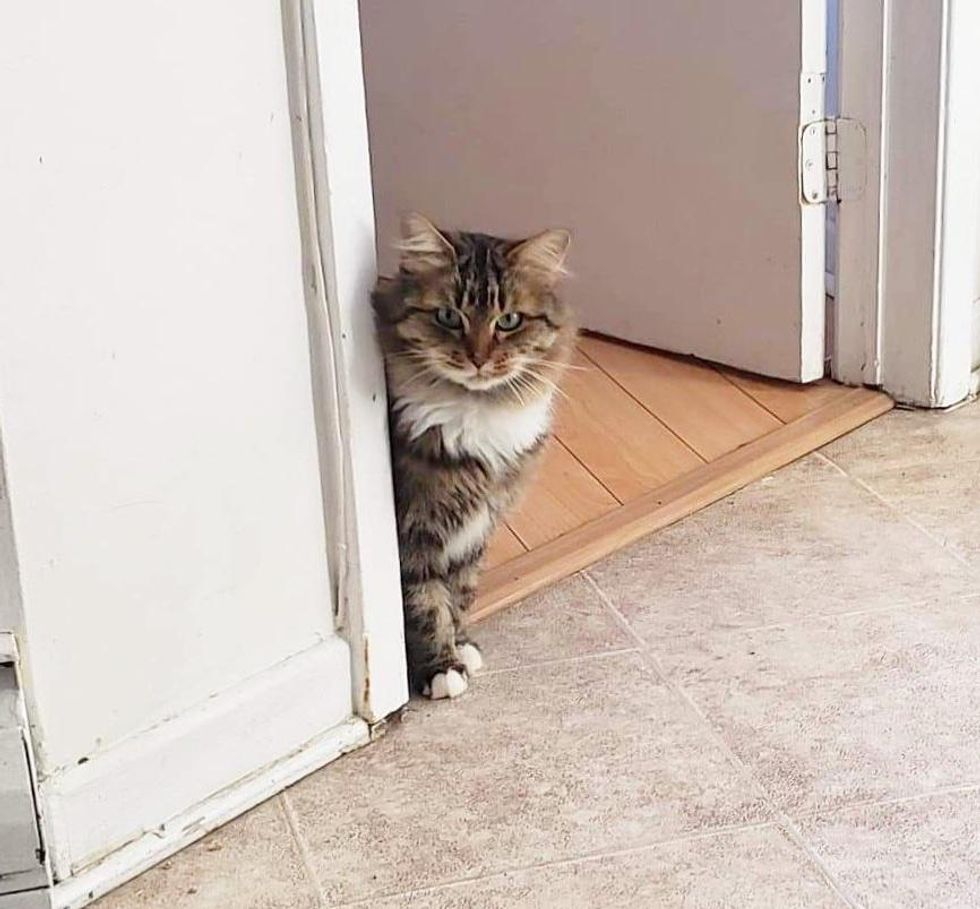 After months in foster care, she came out of her shellChatons Orphelins Montréal

The sweet tabby has gained a lot of confidence and is starting to verbalize her demands.

"She does have a knack at finding new hiding places but she can never resist a good treat," Celine added. "She has discovered the comfort of armchairs and the fun of watching outdoor activities through the window." 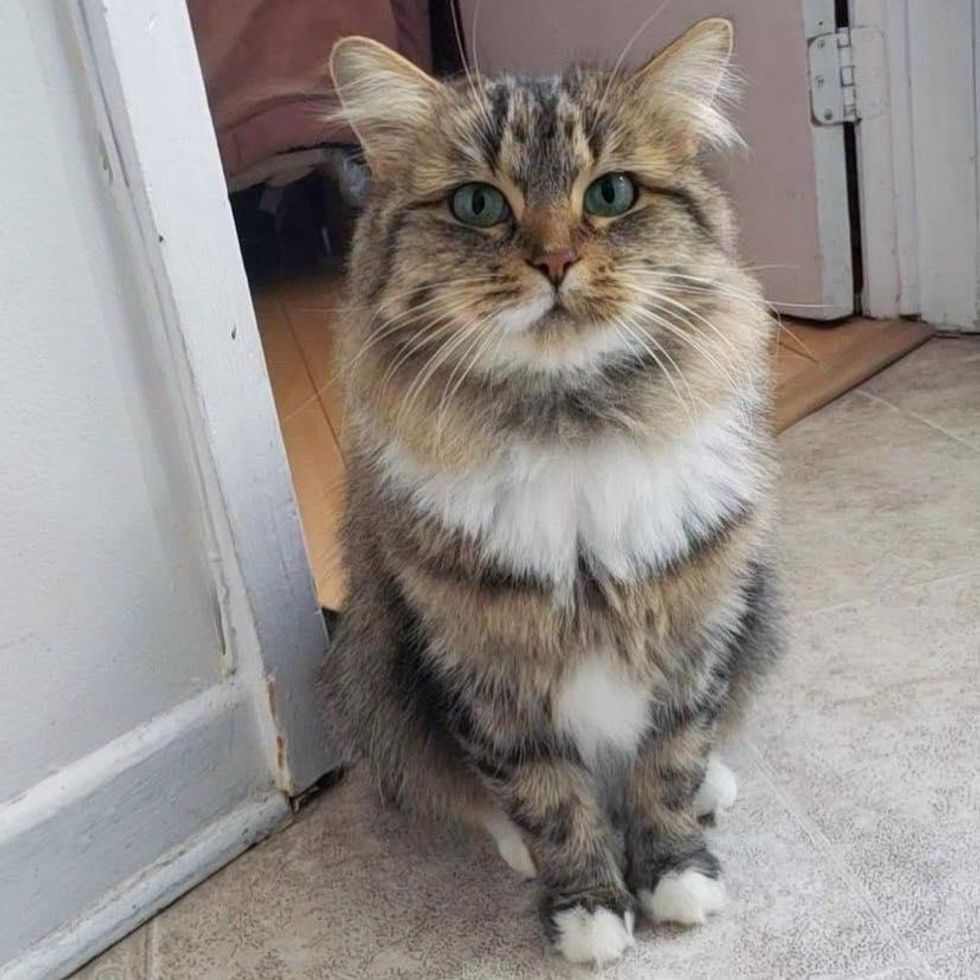 After nearly six months in foster care, Madison is ready to find a place of her own.

"She just needs some time and understanding, but as soon as she starts to trust, she accepts her people with snuggles and head bumps," Celine told Love Meow. 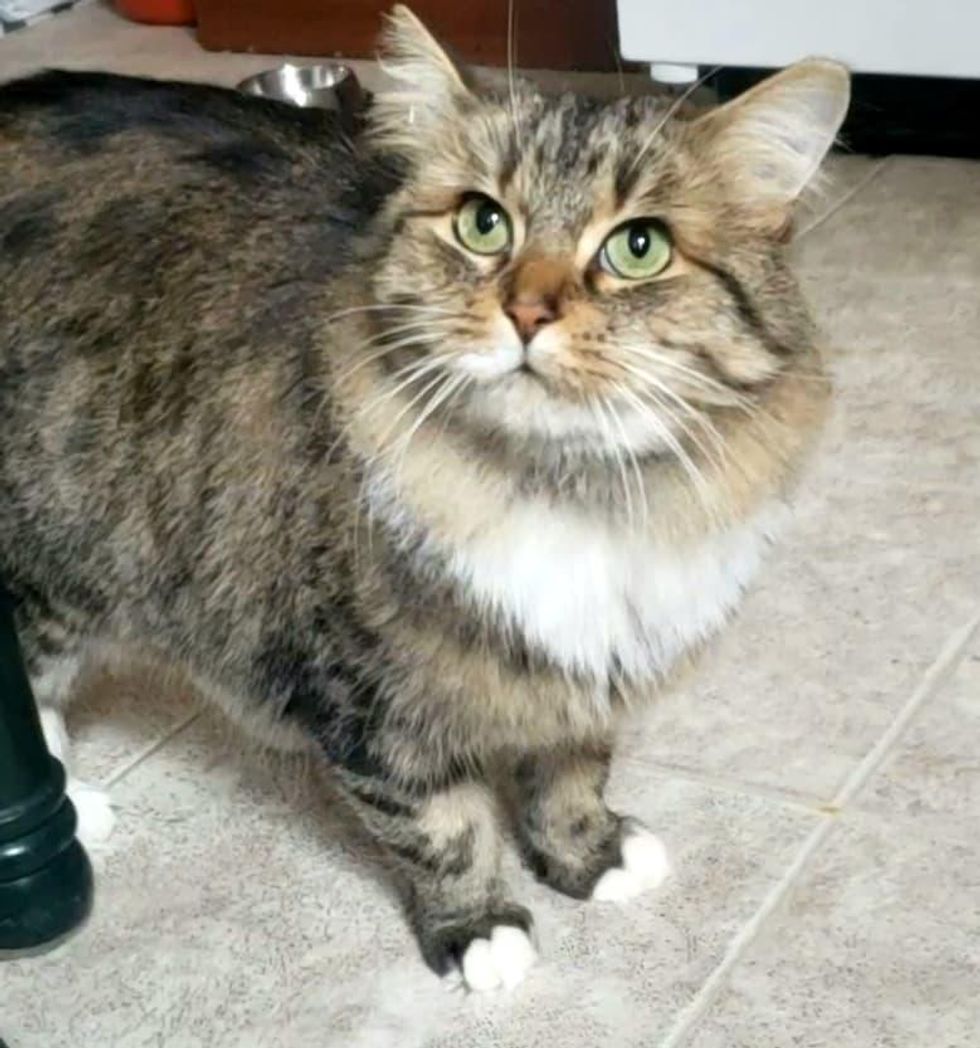 "Madison loves affection and purrs nonstop when she plays with her people. She is looking for a family with a quiet place that will love her forever." 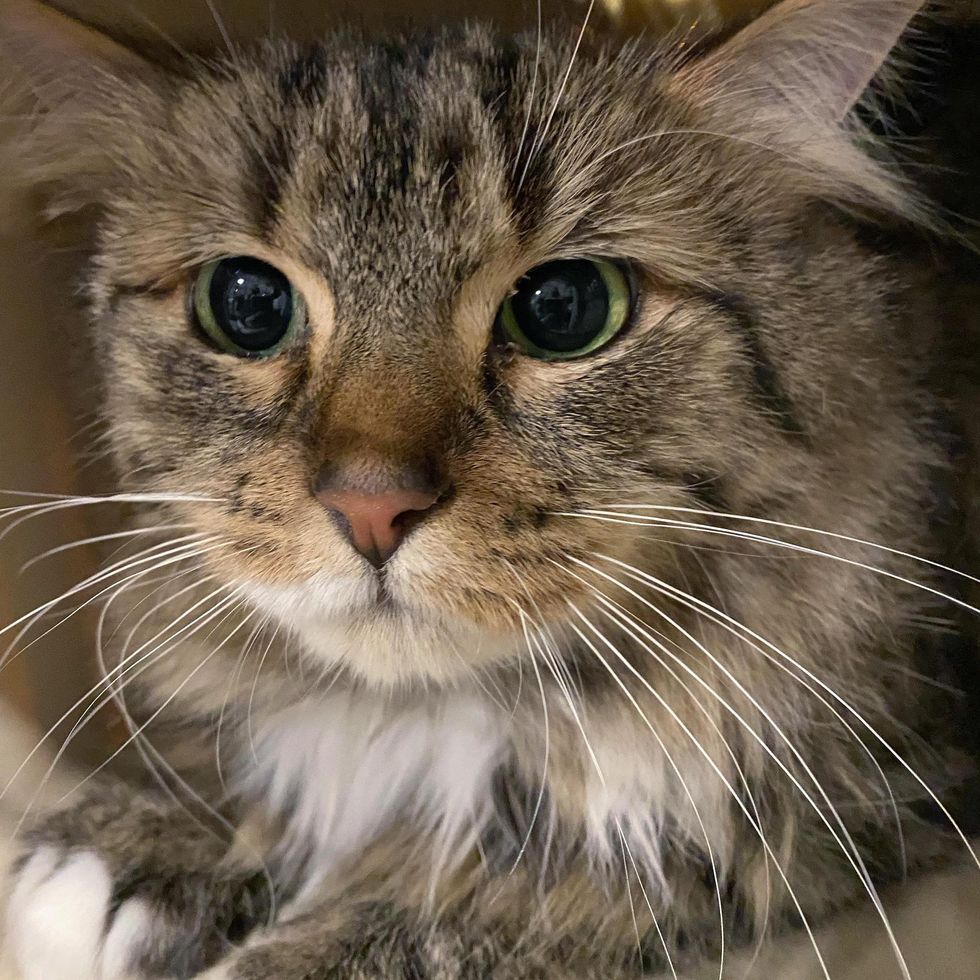