Cat Comes Back to Woman Who is Kind to Him, and Decides He Is Ready to Leave Street Life 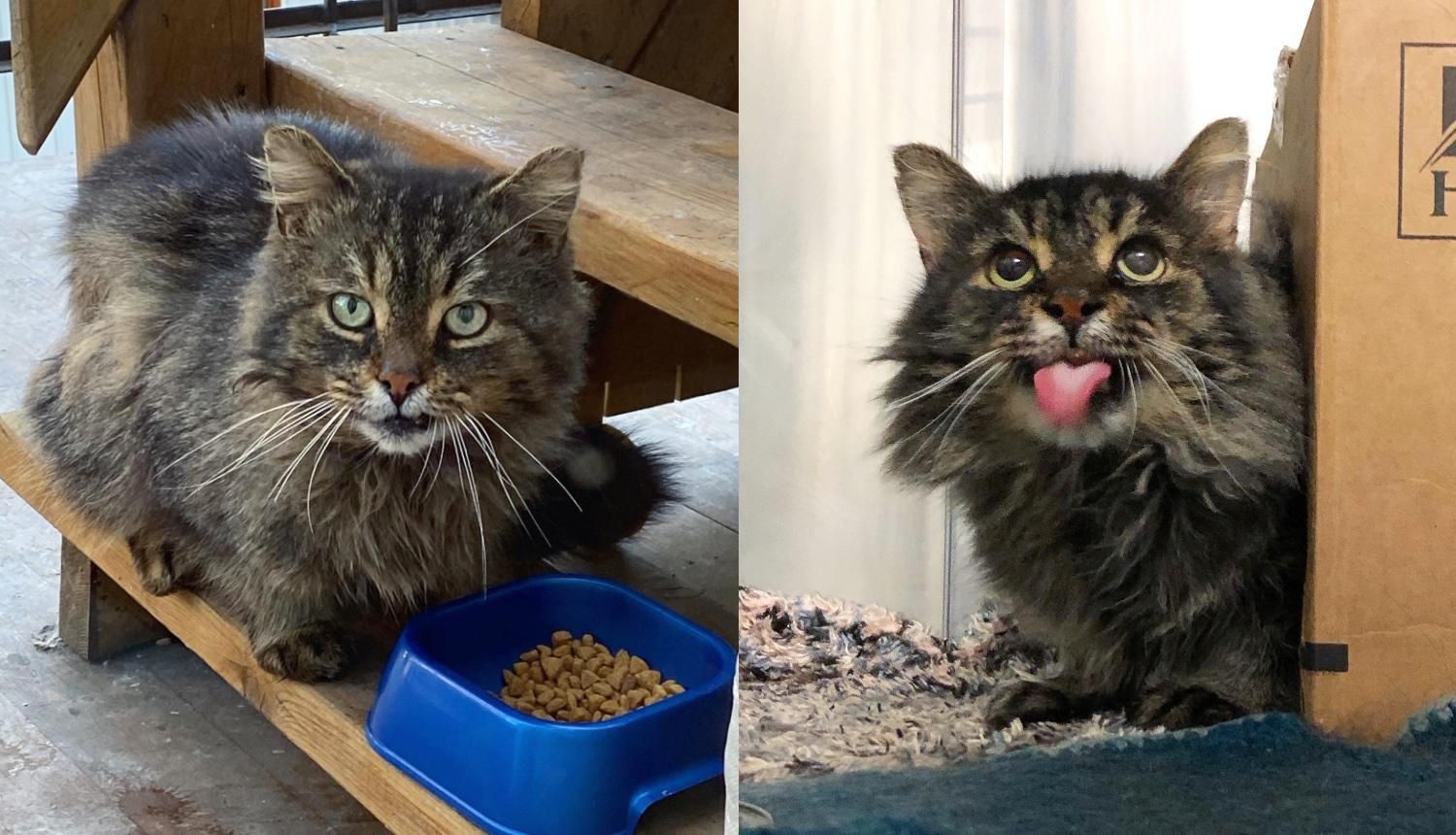 A street cat came back to the woman who was kind to him, and decided he was ready to leave outdoor life behind. 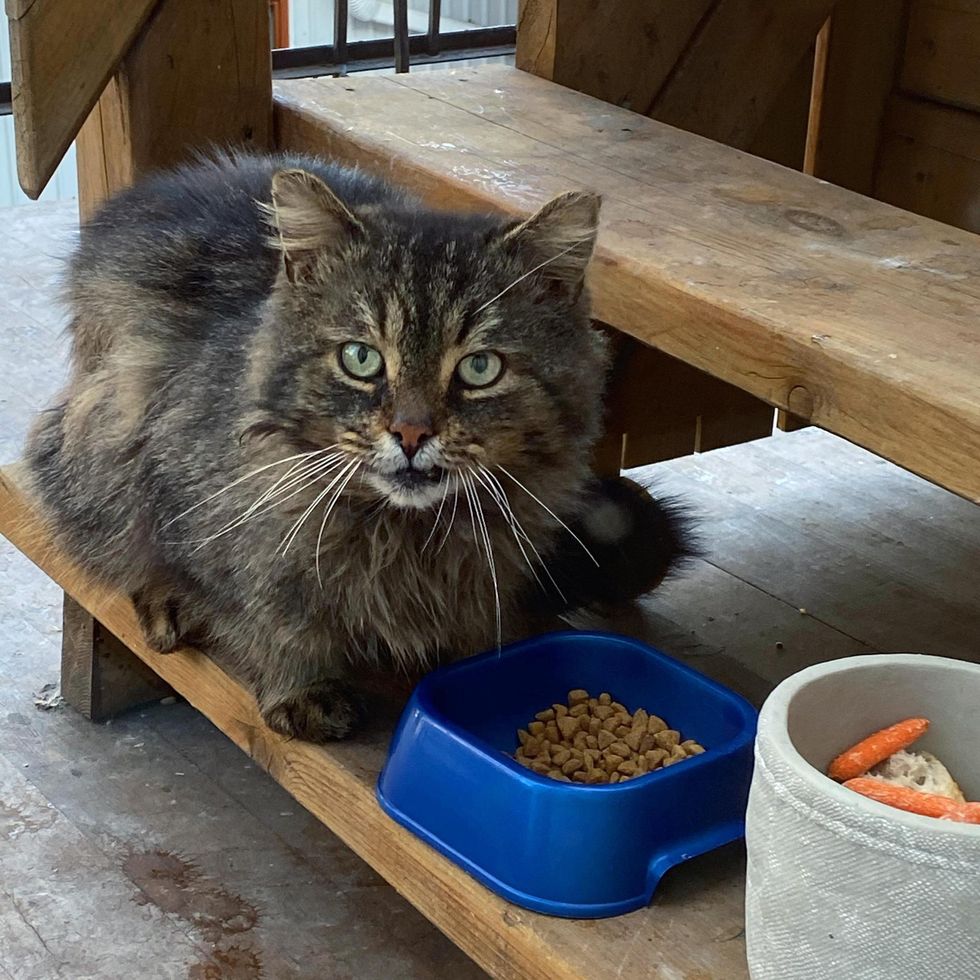 Celine Crom of Chatons Orphelins Montréal, an animal rescue in Montreal, Canada, noticed a tomcat outside her home earlier this year. He was hungry and scrounging around for food.

The cat was very timid and wouldn't let anyone near, so Celine left some food and water by the balcony every day, and lovingly named him Luckyou.

"He came back regularly to eat, and I noticed that he wasn't able to close his mouth. I knew I had to rescue him," Celine shared with Love Meow. 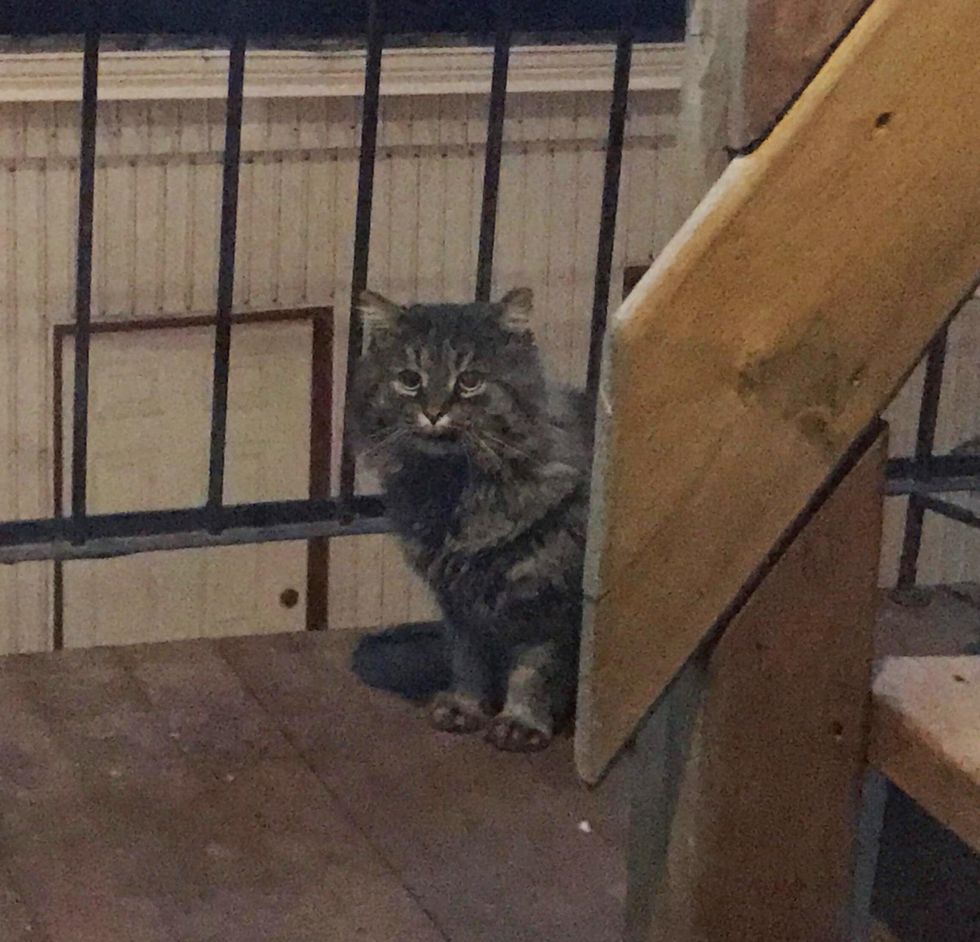 He came back to Celine's home every dayChatons Orphelins Montréal

Despite being terrified of people, Luckyou returned every day for his meals and refreshment. It was clear that he needed medical attention, so Celine prepared a humane trap and set it near the food station.

"I put some treats in there, and on the same day, Luckyou walked in (as if he was ready to leave the streets behind)," Celine shared. 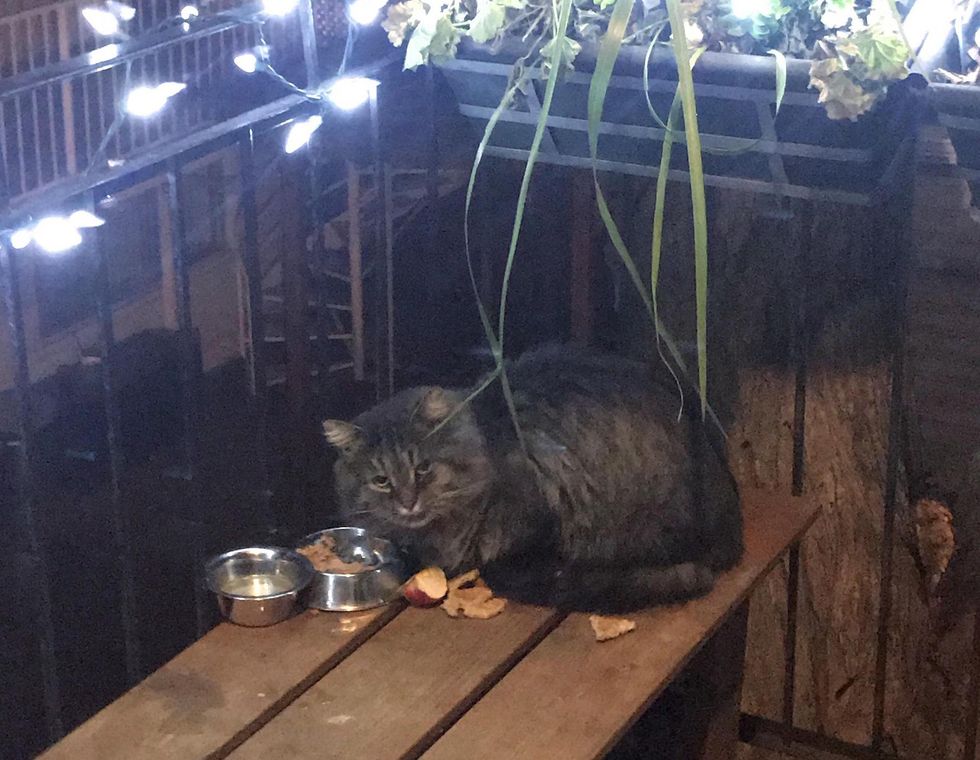 The cat was in rough shape and covered in filth and mats. "He couldn't close his mouth or bite his food (due to an infection), and had been living with pain."

Luckyou was estimated to be seven years old and tested positive for FIV (feline immunodeficiency virus). "It was no surprise for a tomcat living outside for many years. He also needed a dental surgery to help him recover." 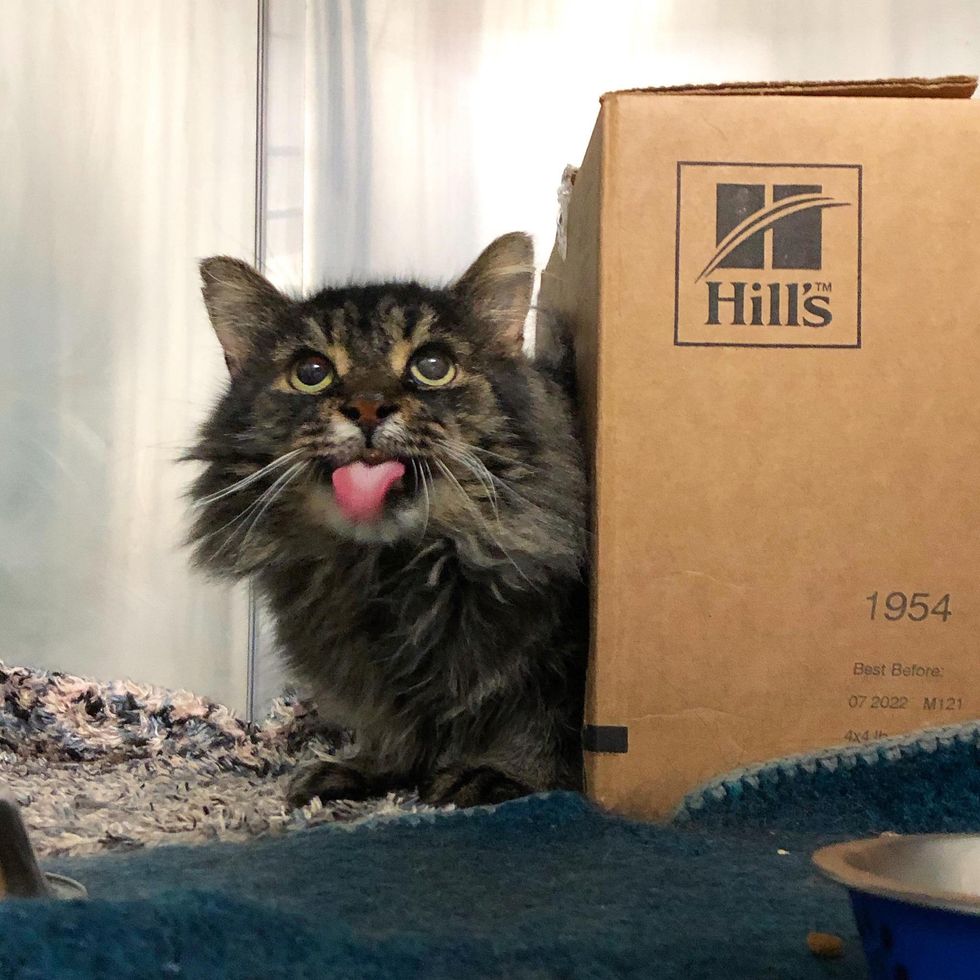 The tabby cat had very little human contact before finding his way to his rescuer. He was terrified at first, but once he started healing and feeling better, he began to come around.

"Everything went well. He hardly has any teeth left and his little tongue sticks out now which adds to his charm," Celine told Love Meow. "Luckyou had all the knots and mats removed, and he is able to sleep soundly now." 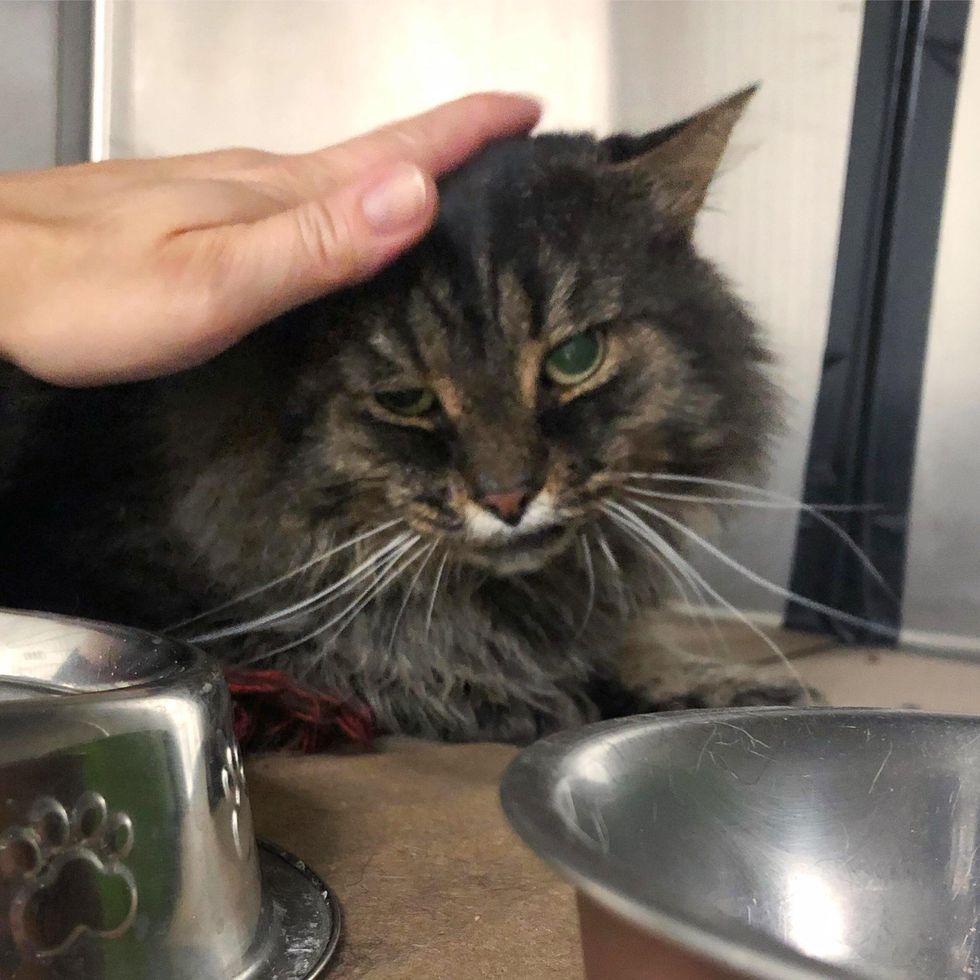 After getting the medical care he needed and a taste of home with his foster family, the fearful exterior slowly melted away and Luckyou turned into a purr machine.

Watch the tabby's journey and transformation in this video:

"He came out of his shell and made the cutest meows for attention. He stopped hissing and spitting and became more curious and calm." 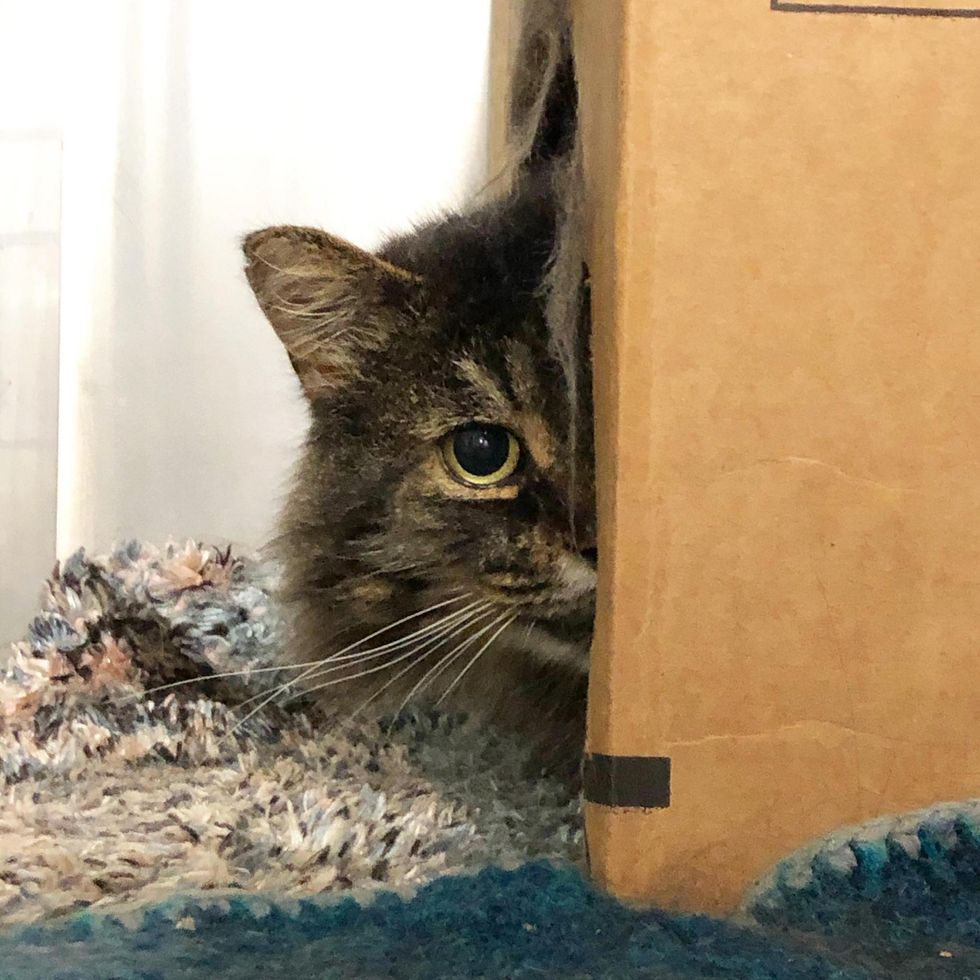 "Luckyou is loved and spoiled by his foster carers, Morgane and Alvin. After hiding for two weeks, he warmed up to them and started to show his gentle and loving side," Celine shared with Love Meow.

"He is very sweet and affectionate. He purrs loudly and sticks out his tongue when he is happy. His favorite things are food and attention. He talks in his little meow and gets along well with the resident cat, Ferdinand." 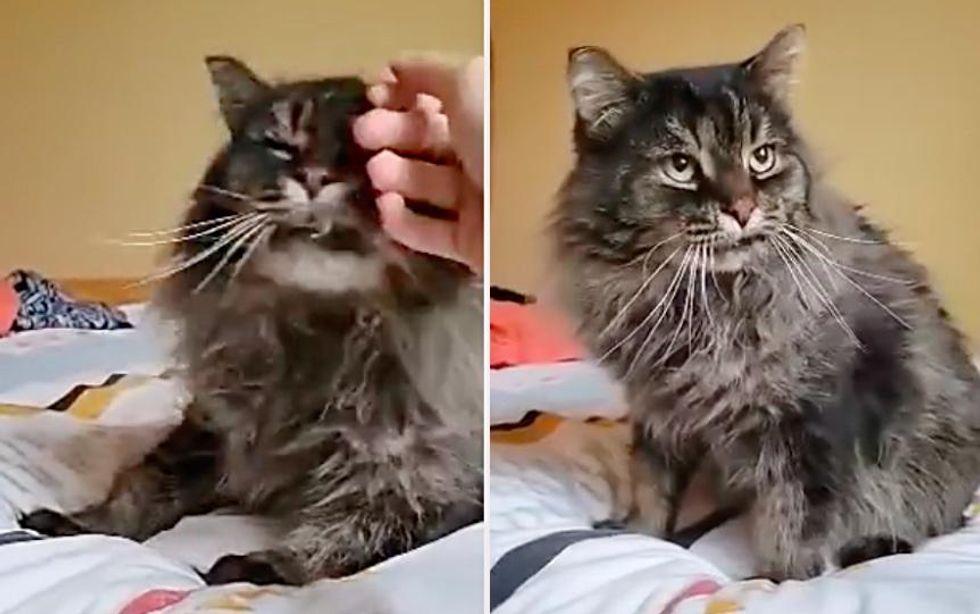 The tabby boy has come a long way since the day he decided to get help.

"Luckyou had a difficult life but now is thriving and finally ready to look for a family of his own—who will understand his needs and is willing to love him forever." 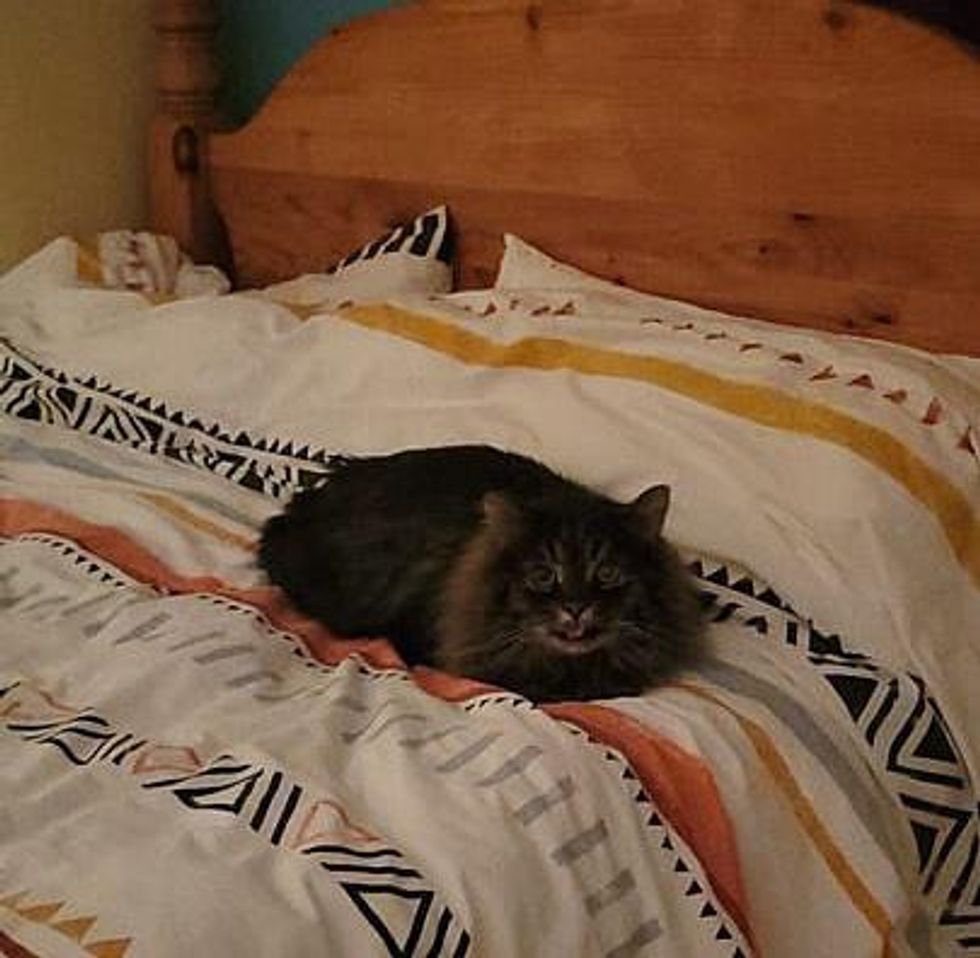 Related story: Man Finds Cat In His Garage While He Tries to Fix His Jeep But He Doesn't Own a Cat